PHOTOS | KOBE TRIBUTE | WHY NO OSCAR HOST | HOW TO BINGE MOVIES 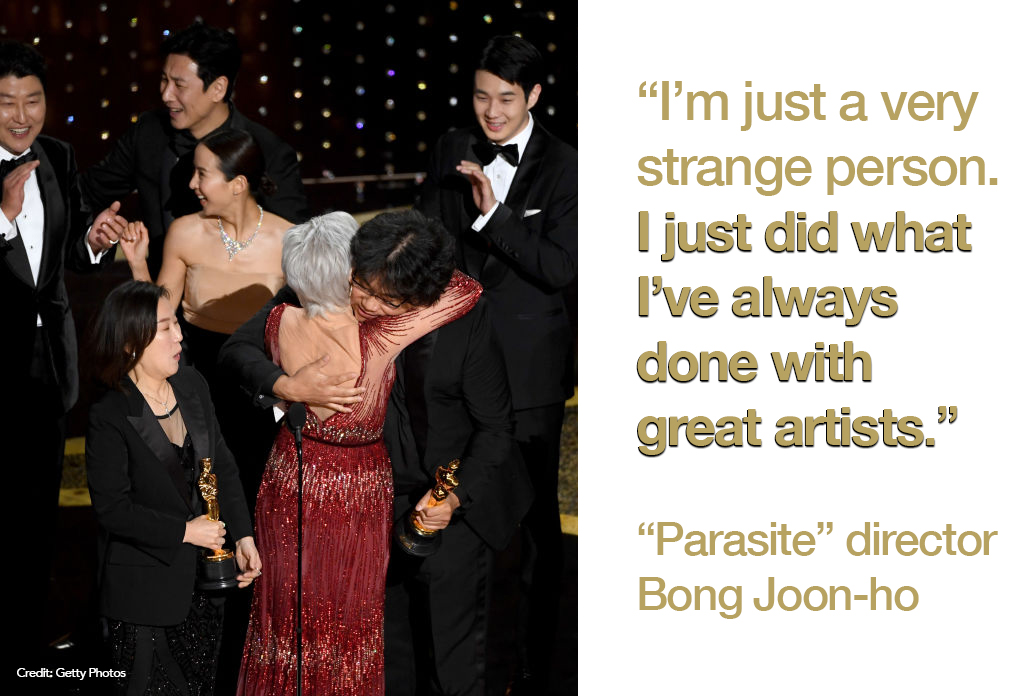 STORY: A big night for 'Parasite' at Oscars

Eminem wowed the Oscars crowd with a performance of "Lose Yourself" — 17 years after he was absent to accept his Oscar for best original song.


STORY: Eminem at the Oscars

Stars take their moms to the Oscars

On the red carpet

Academy Award nominees sit down to discuss their documentaries and short films ahead of Oscar night.