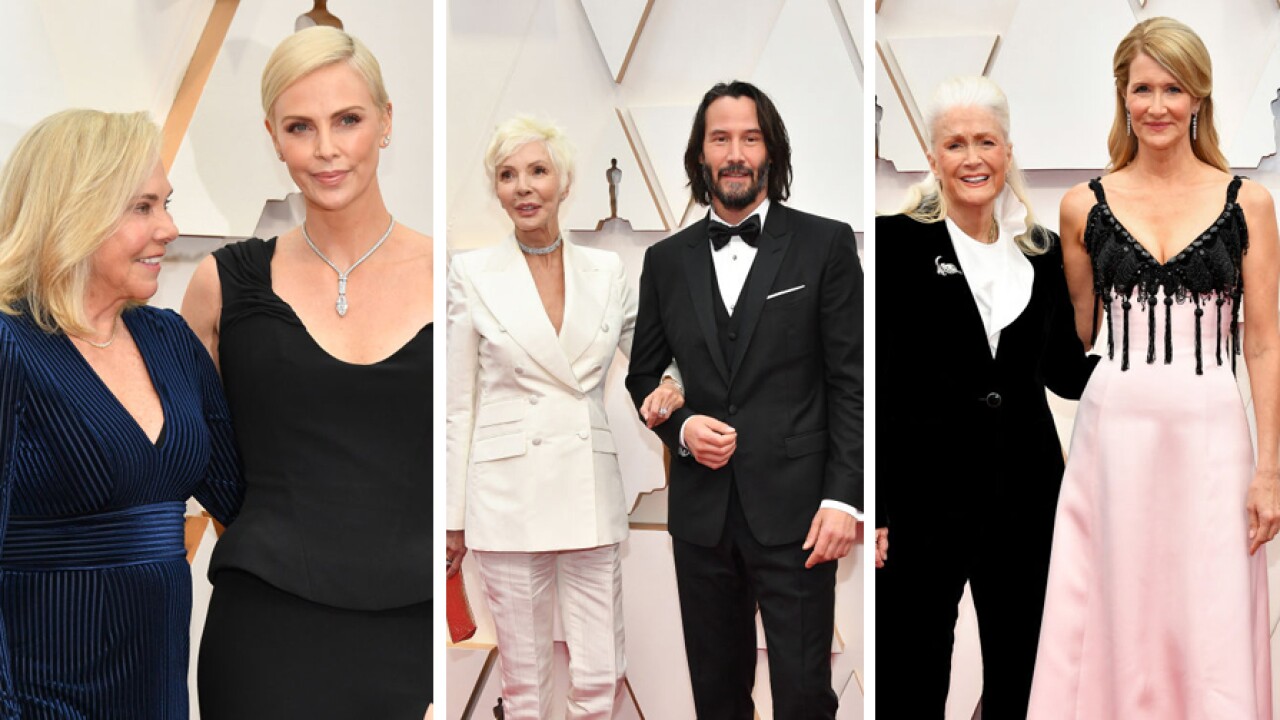 (KGTV) — They may not get the Oscar for leading lady, but several moms of the stars made their way down the red carpet.

Moms played a special part in more than just acceptance speeches at Sunday's Academy Awards, serving as plus ones for several Tinsel Town stars.

Most notably, Charlize Theron and her mom Gerda Maritz returned together as they have attended together in the past, Laura Dern and her mother Diane Ladd walked the red carpet, and Keanu Reeves alongside his mom Patricia Taylor stole the show walking into the show.

Singer Janelle Monae, who helped open the show with a nod to Mister Rogers and "A Beautiful Day in the Neighborhood," also took to the red carpet with her mother, Janet.

In years past, several high profile actors and actress have honored mom with a trip to the Academy Awards, including Leonardo DiCaprio, Bradley Cooper, and Jennifer Lawrence.