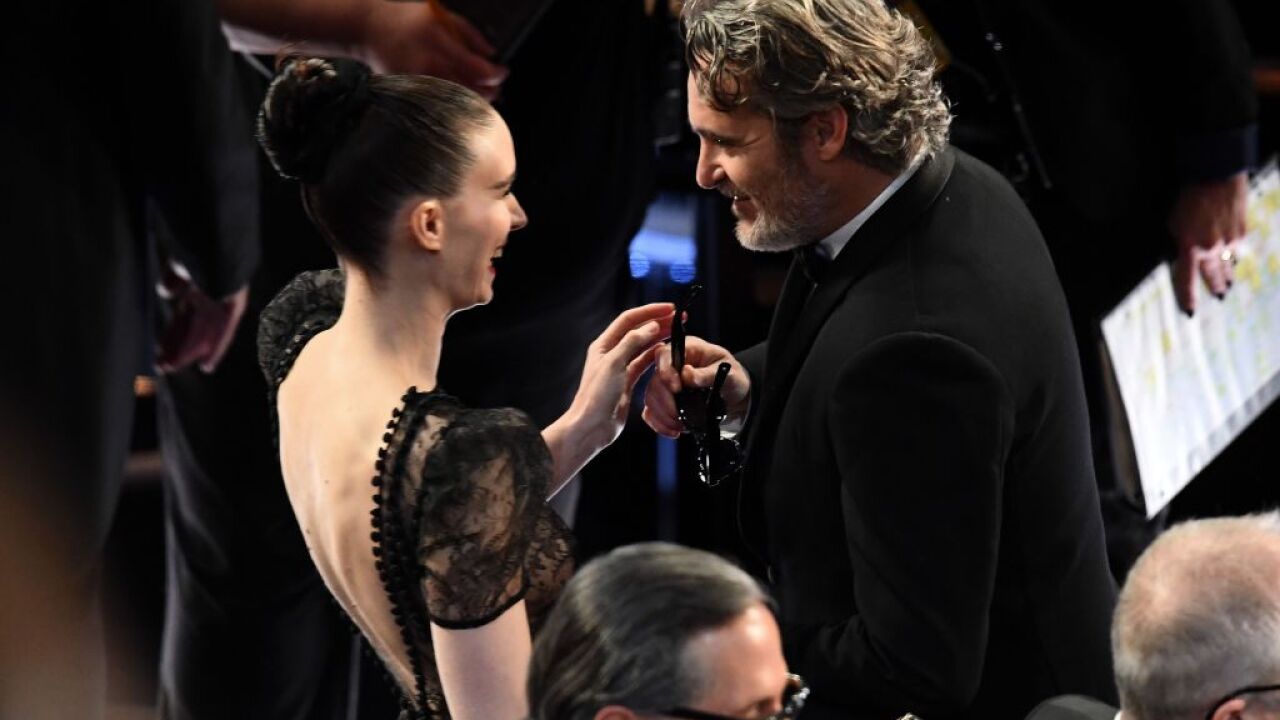 LOS ANGELES (AP) -- While many famous nominees and presenters stride across the room to talk to their fellow stars during commercial breaks, Joaquin Phoenix was more interested in a guy with a different job.

The best actor nominee walked up and had a friendly and animated conversation toward the front of the Dolby Theatre Sunday with the guy who works intensely throughout the show to wrangle the people who fill empty seats, appearing to congratulate him on doing a tough job well.

Those droves of roaming seat-fillers work to stay invisible during the show but suddenly appear in droves during the commercials, holding up their credentials whenever their supervisor holds up his.

Commercial breaks can also provide a bonus round of applause for Oscar performers. Idina Menzel and the ensemble of international Annas and Elsas who sang “Into the Unknown” with her were still on the stage congratulating one another, laughing and hugging when the show went to commercial.

Menzel stepped to the front of the stage, gave a quick curtsy, and the crowd loudly clapped as the crew of women sailed off the stage together.

Later, the standing ovation for Cynthia Erivo’s performance of “Stand Up” from “Harriet” extended long after the cameras had moved and the house lights had gone up.