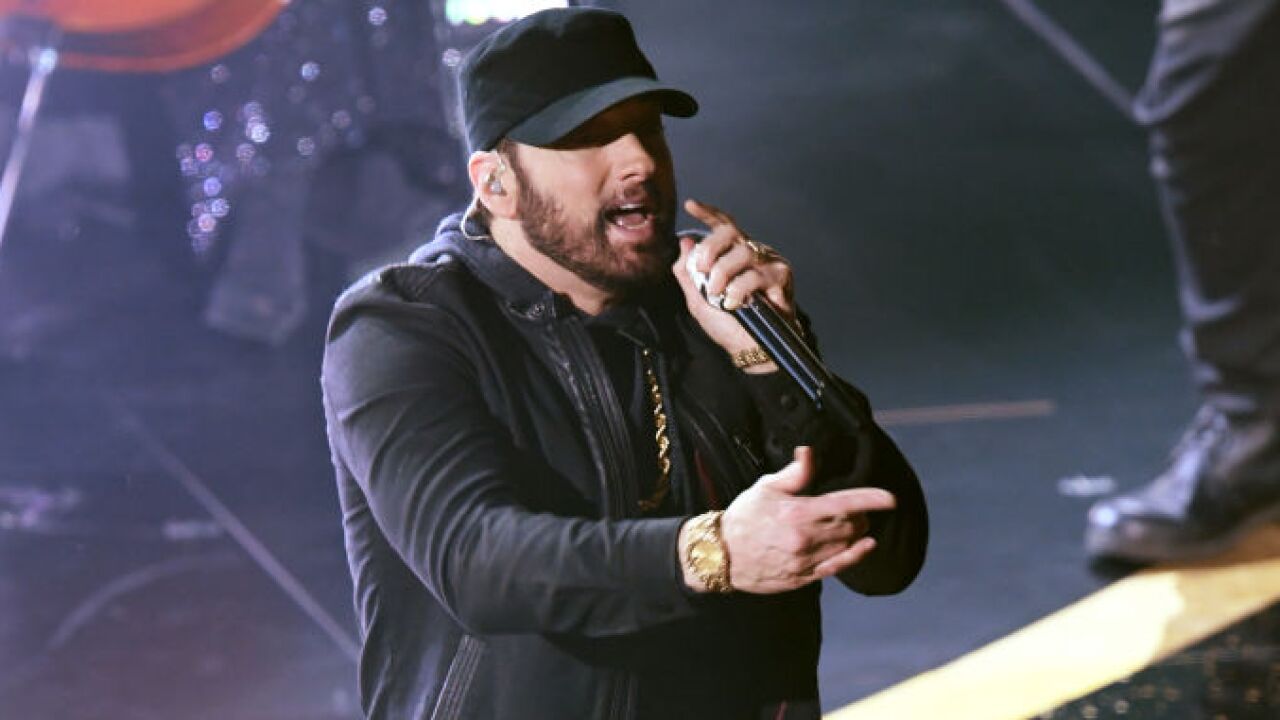 (KGTV) — In perhaps the most surprising Oscars performance of the night, Eminem wowed the Oscars crowd with a performance of "Lose Yourself" — 17 years after he was absent to accept his Oscar for best original song.

Back in 2003, Barbra Streisand called Eminem up to the stage to accept the award for the "8 Mile" song, but he wasn't in attendance.

The Sunday night performance was met with some fanfare, with Grammy winner Billie Eilish dropping her jaw and others rapping along and bopping their heads. Director Martin Scorsese appeared to briefly close his eyes once the camera turned to him.

Eminem wasn't the only artist to deliver a memorable show.

Eilish brought the night to a solemn standstill with an emotional performance of The Beatles' "Yesterday" during the show's In Memoriam segment. Joined with collaborator, Finneas O'Connell, the segment paid tribute to stars Kobe Bryant, Doris Day, Kirk Douglas, and many others.

But the night started with a high-energy show from Janelle Monáe, who opened with a nod to Mister Rogers with "Won't You Be My Neighbor?" before jumping into dazzling performance of her 2010 track "Come Alive (War Of The Roses)."

Throughout the show, performances by Idina Menzel and a cast of "Frozen" voice actresses and other best original song nominees Randy Newman, Elton John, and Cynthia Erivo entertained the crowd.