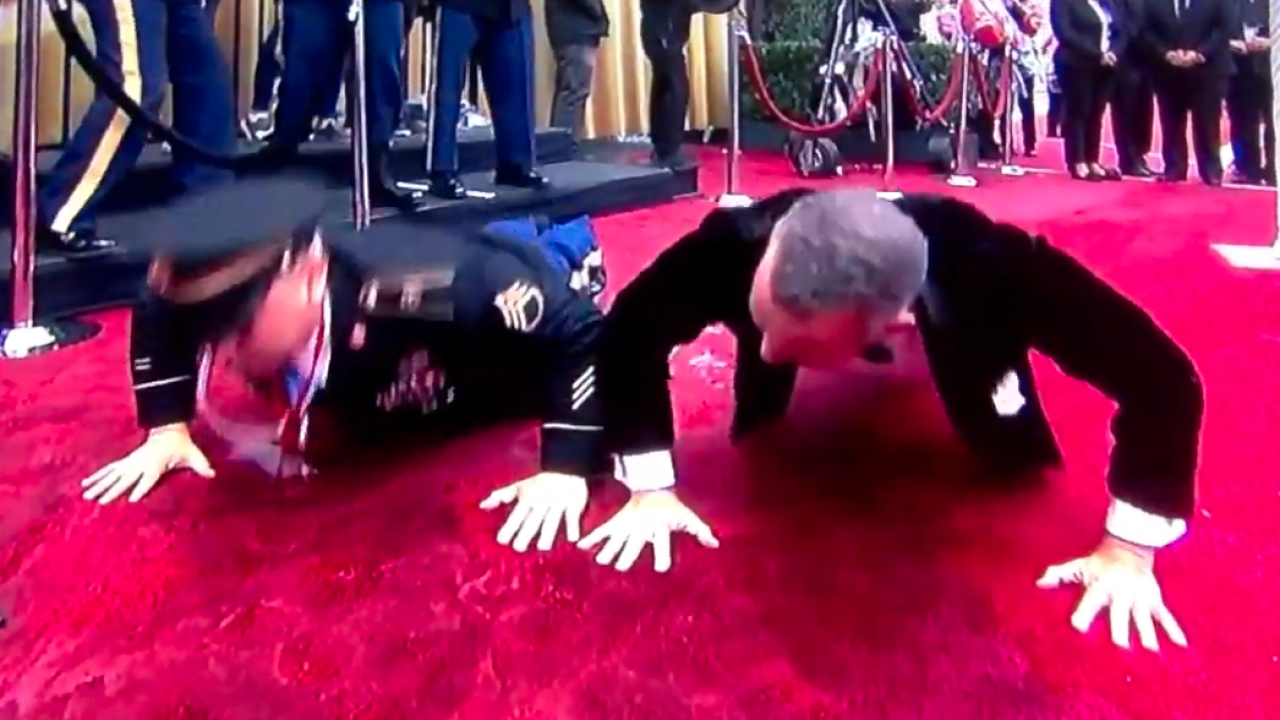 (KGTV) — He may not have won the Oscar for best supporting actor, but he still made it a beautiful day in Hollywood for some service members.

While he lost out on the award to actor Brad Pitt, 63-year-old Tom Hanks found his moment Sunday to bring a fan into the glitz a glam, challenging a U.S. Army sergeant to a friendly pushup contest.

As Hanks walked the red carpet with his family, he stopped and walked over to a group of service members and pulled the sergeant over.

It's not clear what the exchange was between the two, but they immediately dropped and pumped out some reps, Hanks in a tux and the sergeant in full uniform, as soldiers cheered the two on.

According to People Magazine, Hanks has had a special relationship with military members ever since being inducted as an honorary member of the U.S. Army Rangers Hall of Fame for his portrayal of a captain in Oscar-winning film "Saving Private Ryan."

Of course, Hanks is also well-known for his role beside actor Gary Sinise's "Lt. Dan" in "Forrest Gump," which won six Oscars in 1995.