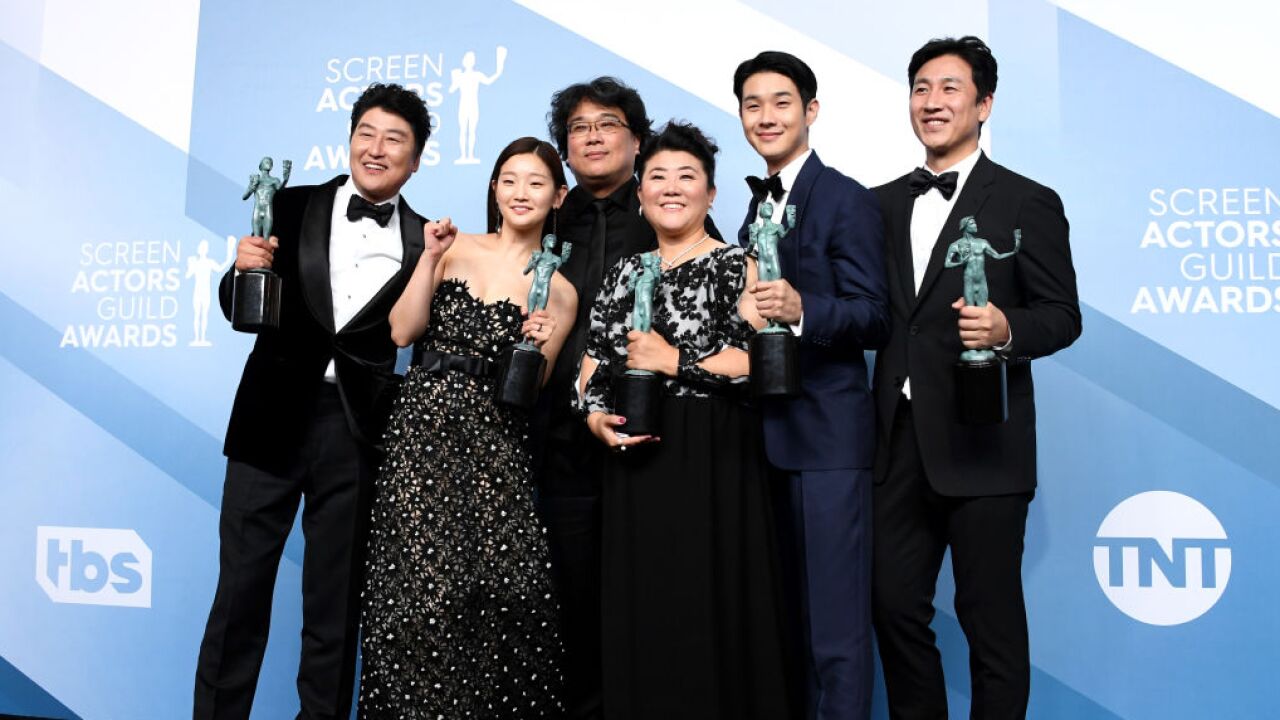 (AP) — Many of the likely winners at the 92nd Academy Awards seem set in stone: Joaquin Phoenix, Renee Zellweger, Brad Pitt and Laura Dern are entrenched as the acting favorites.

Sam Mendes' World War I film “1917” is also poised to win best picture after winning a handful of important guild awards. But in his predictions for Sunday, AP Film Writer Jake Coyle says Bong Joon Ho's class satire “Parasite” will pull off the upset. It would be the first foreign language film to ever win best picture.

In the best picture category, "Parasite" will face stiff competition from “Ford v Ferrari,” “The Irishman,” “Jojo Rabbit,” “Joker,” “Little Women,” “Marriage Story,” and “Once Upon a Time ... in Hollywood" as well.

Leading up to the awards Sunday, "Parasite" took best ensemble at the Screen Actors Guild Awards, arguably the most important vote by actors, who make up the largest percentage of the film academy. Academy membership has also grown more international in recent years, the AP reports.

While the chips are stacked against the foreign film, it has the support needed to pull off an upset win, Coyle writes.