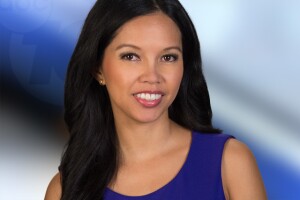 Melissa Mecija joined the 10News team in July 2010. She currently works with Team 10's investigative unit and the weekend morning team as the weather anchor.

Before moving to Investigations, Melissa contributed to 10News This Morning as the morning traffic anchor and also covered important news stories of the day.

She came to San Diego from KCBS/KCAL in Los Angeles, where she worked in her hometown of Orange County as a video journalist and web reporter.

Prior to that, Melissa was a reporter and fill-in anchor/weather forecaster for KSBY in Santa Barbara and San Luis Obispo counties. She covered several major wildfires and numerous high-profile stories, including the conviction of Jesse James Hollywood and the death of pop star Michael Jackson.

While in the Central Coast, Melissa was nominated for the Associated Press, Television and Radio Association's Reporter of the Year.

Melissa began her career as a reporter/weekend anchor for KYMA in El Centro, California/Yuma, Arizona. Some of her most memorable stories in the Desert Southwest include skydiving with the U.S. Army Golden Knights, covering visits by former President George W. Bush, exploring underground drug tunnels, and reporting on former President Gerald Ford's funeral services. During her time there, she earned an Arizona Associated Press Award for live reporting. She won a regional EMMY for excellence in health science reporting in 2017.

Melissa graduated from UC Irvine with an honors degree in political science and a degree in psychology. In her spare time, she enjoys writing, playing piano, and spending time with family, friends, and her dogs. She is an active member of the Asian American Journalist Association.