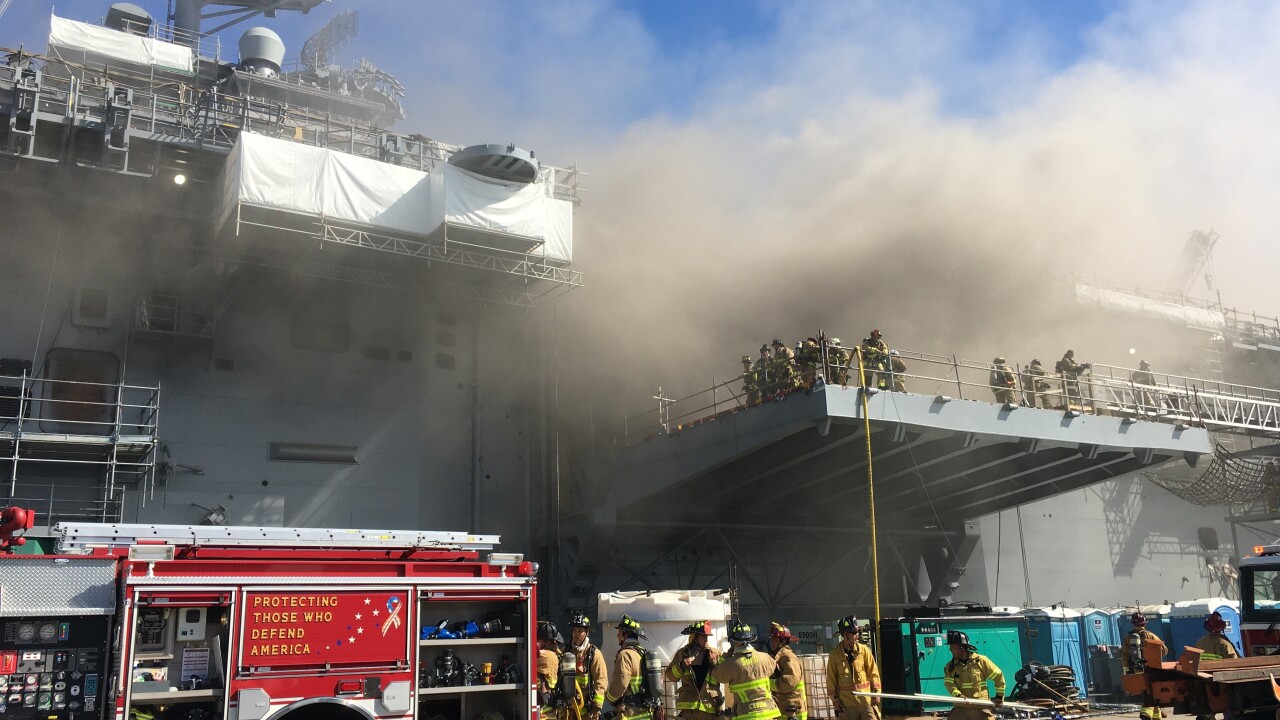 Petty Officer 1st Class Jason Ko/U.S. Navy
200712-N-CZ848-1008 SAN DIEGO (July 12, 2020) - Sailors and Federal Fire San Diego firefighters combat a fire aboard USS Bonhomme Richard (LHD 6) July 12. On the morning of July 12, a fire was called away aboard the ship while it was moored pierside at Naval Base San Diego. Local, base and shipboard firefighters responded to the fire. USS Bonhomme Richard is going through a maintenance availability, which began in 2018. (U.S. Navy photo by Mass Communication Specialist 1st Class Jason Kofonow/Released)

SAN DEIGO (KGTV) — At least two sailors who helped fight the fire aboard the USS Bonhomme Richard at Naval Base San Diego have tested positive for COVID-19.

The two sailors tested positive after exhibiting symptoms, according to U.S. Navy spokeswoman Lt. Cmdr. Nicole Schwegman. It wasn't immediately clear how the two sailors may have contracted the virus.

The exact condition of the two sailors was not provided.

Contact tracing identified 27 people regarded as "close contacts" and they are now in quarantine.

Thursday, Navy officials said all known fires had been extinguished aboard the vessel. The cause of the fire is still unknown at this time, and likely won't be discovered until the ship can be inspected fully.

Hundreds of crew members helped in the firefighting effort for five days. On Friday, Navy Admiral Mike Gilday came to San Diego to see the damage and meet with the sailors and crews who had battled the blaze.

"The Navy continues to implement COVID-19 mitigations measures to protect the health of our force," Schwegman's statement added.