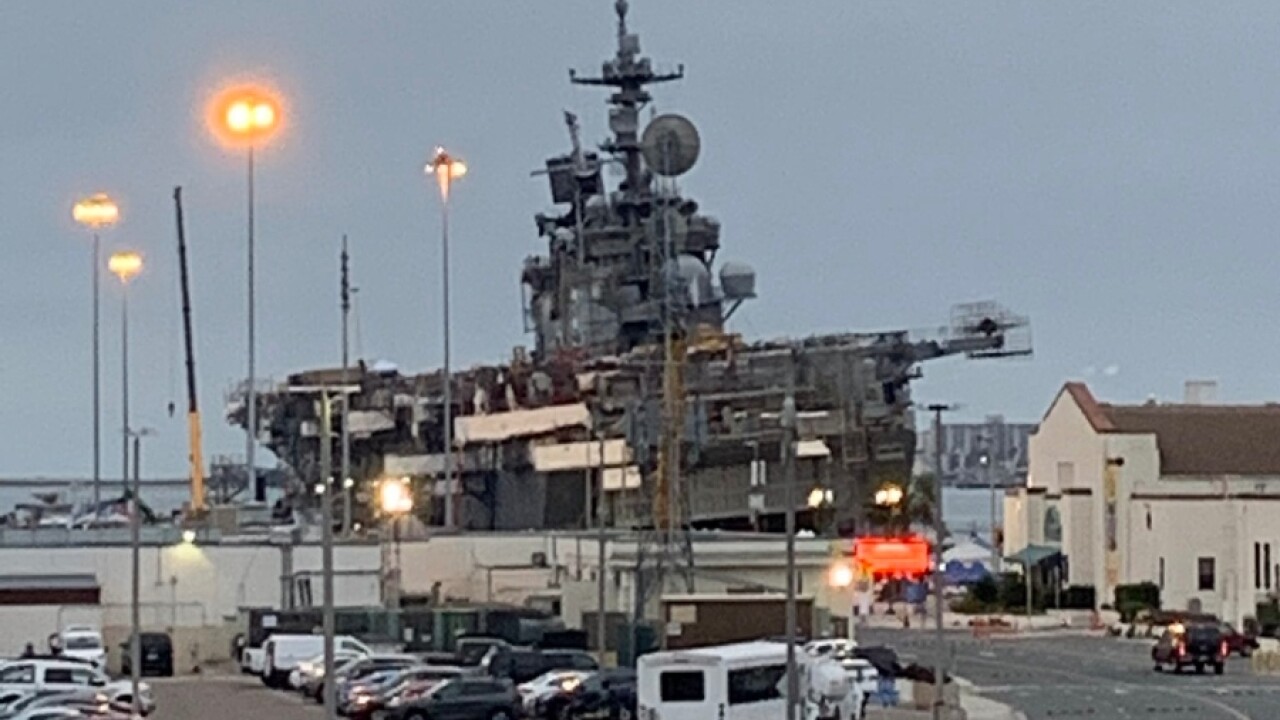 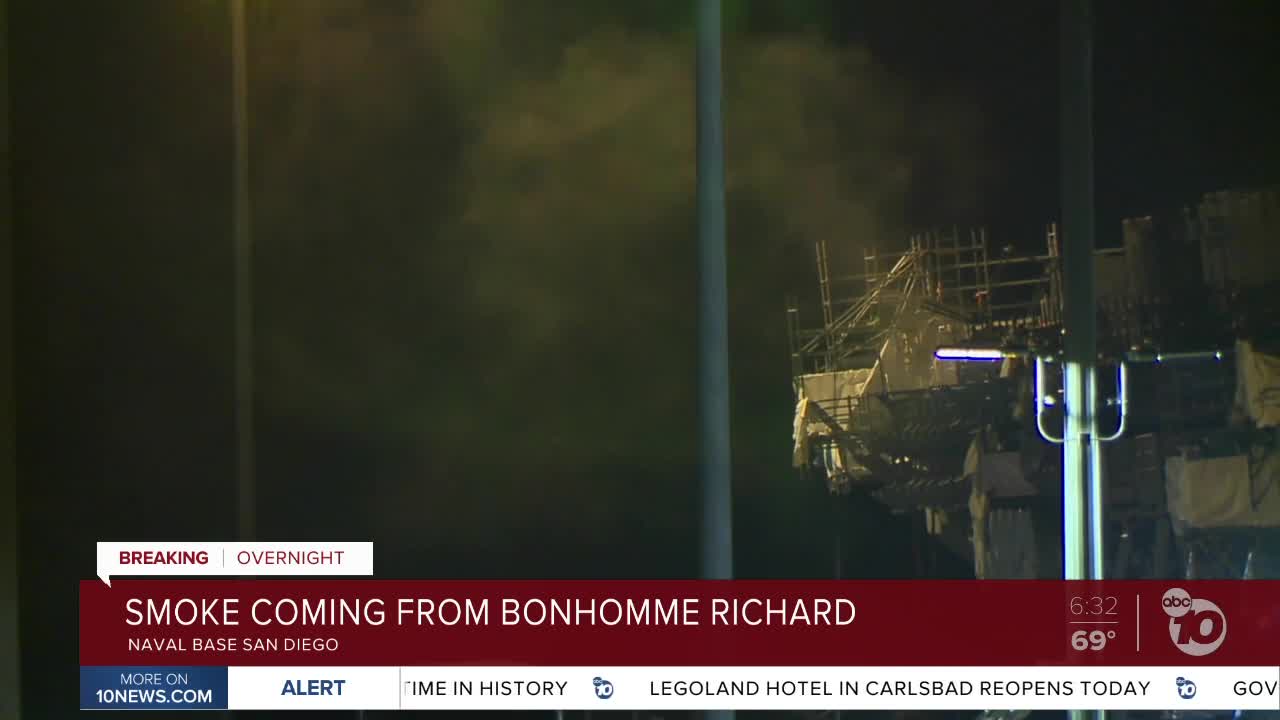 SAN DIEGO (KGTV) -- Hours after Navy officials said all fires aboard the USS Bonhomme Richard were extinguished, smoke was visible coming from the vessel at Naval Base San Diego early Friday morning.

Radio scanner traffic obtained by ABC 10News indicated crews at the scene reported at least two fires onboard the ship and called for evacuations at around 1 a.m. Friday. The 10News Breaking News Tracker observed smoke coming from the ship’s front end.

At around 5 a.m., a Navy spokesperson confirmed to ABC 10News that no evacuations were ordered and all fires were out. The spokesperson said investigators were looking into the matter.

On Thursday afternoon, Navy officials said all known fires aboard the USS Bonhomme Richard were declared out. The blaze on the ship erupted on the morning of July 12, and the firefighting efforts involving hundreds of crew members and thousands of aerial water drops took four full days.

Navy officials said they will not know the exact cause of the fire until the ship can be inspected fully.

ABC 10News learned Chief of Naval Operations Adm. Mike Gilday will be at Naval Base San Diego on Friday to inspect the USS Bonhomme Richard.

During a Thursday afternoon press briefing, Rear Adm. Philip Sobeck described the 22-year-old ship as ravaged -- its melted aluminum superstructure bent at a 45-degree angle -- but not dead in the water.

"The ship can be repaired," he said. "Whether or not it will be repaired will be determined."

A total of 40 sailors and 23 civilian firefighters suffered various minor injuries, mostly heat exhaustion and smoke inhalation, while taking part in the battle to defeat the blaze, Navy officials said.

The Bonhomme Richard is the third warship in U.S. naval history to bear the name, which means "Good Man Richard" in French and honors Benjamin Franklin's "Poor Richard's Almanac."