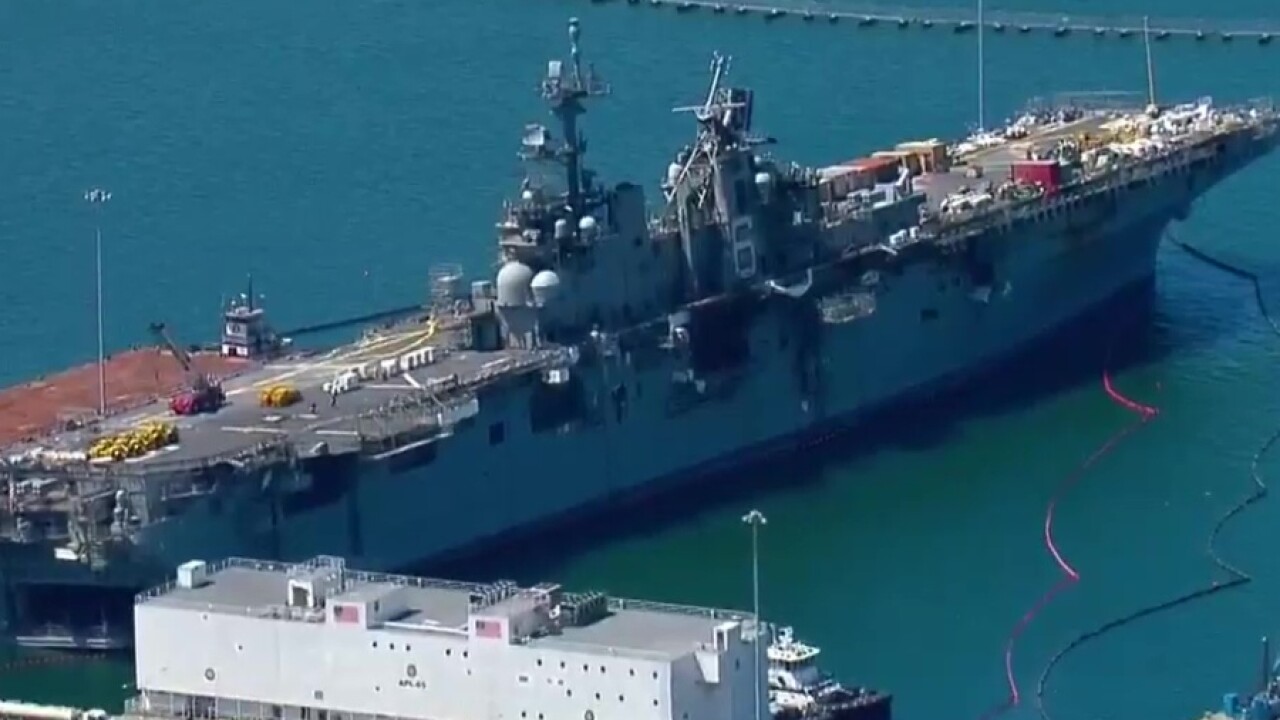 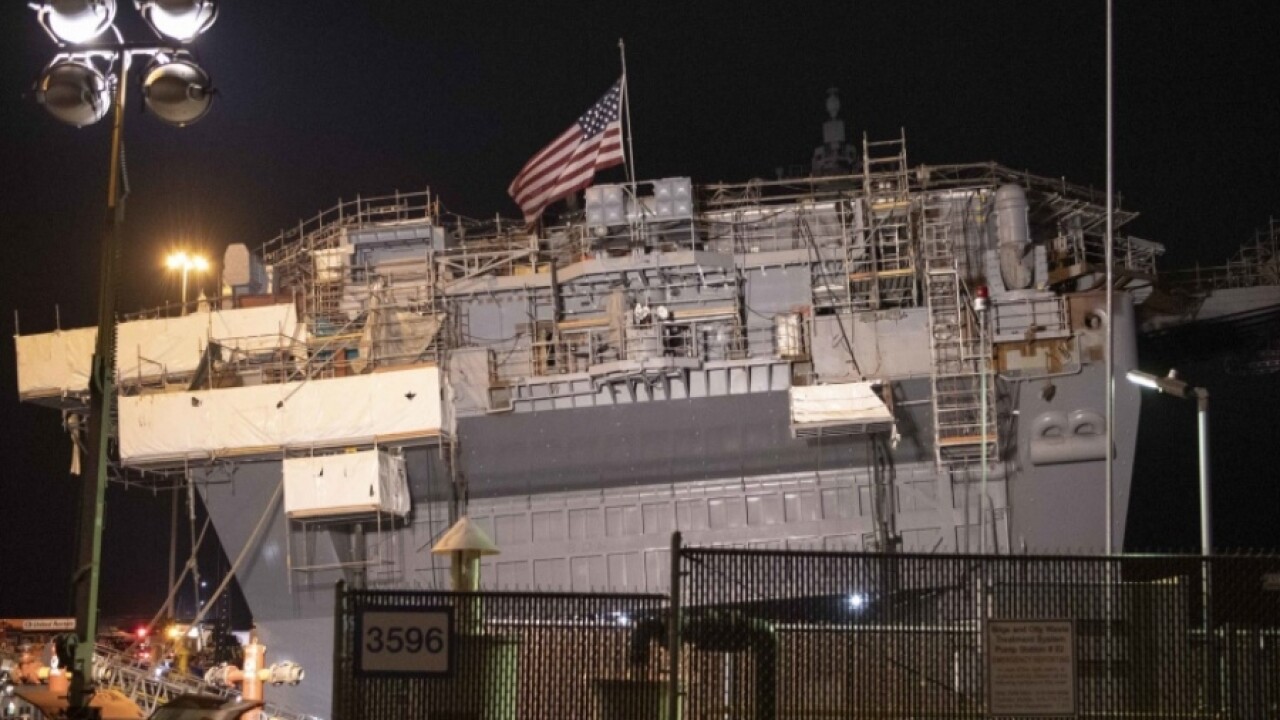 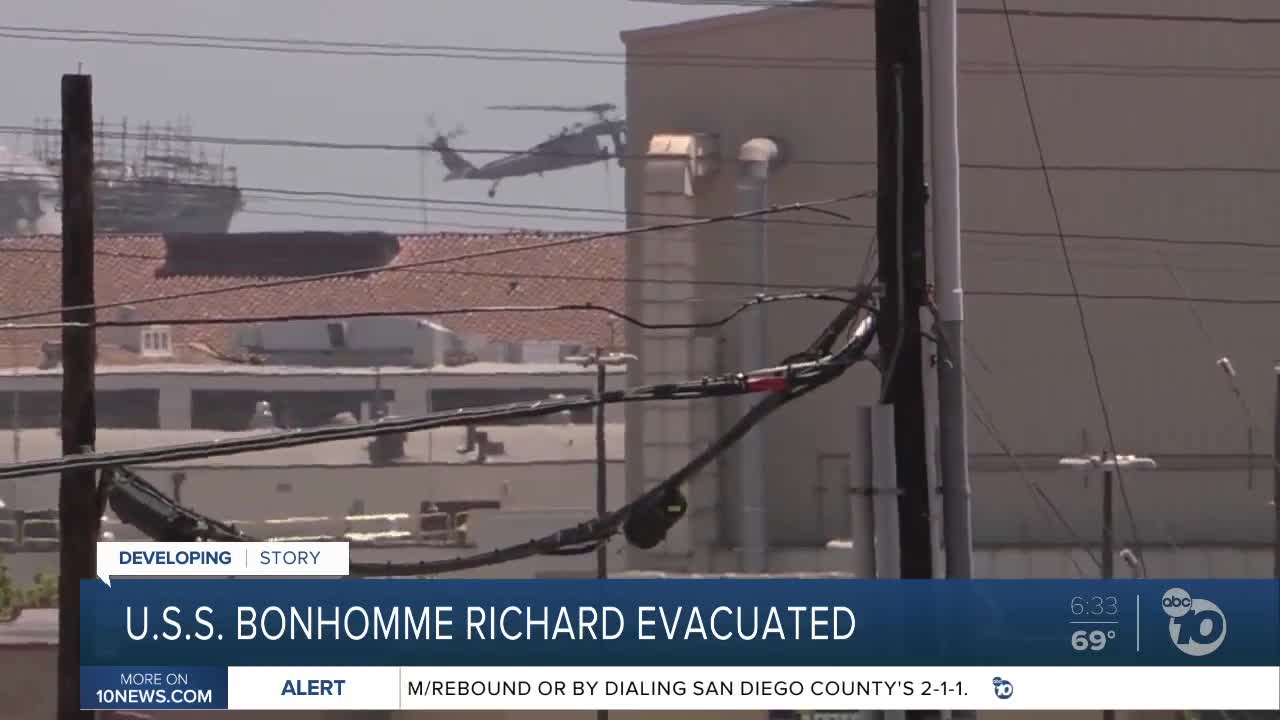 SAN DIEGO (KGTV) – All known fires aboard the USS Bonhomme Richard at Naval Base San Diego have been put out, Navy officials announced Thursday afternoon.

“After four days of firefighting, all known fires have been extinguished aboard USS Bonhomme Richard (LHD 6).

Our fire teams are investigating every space to verify the absence of fire. Until every space is checked and there are no active fires we will not be able to commence any official investigations.

We did not know the origin of the fire. We do not know the extent of the damage. It is too early to make any predictions or promises of what the future of the ship will be.

We cannot make any conclusions, until the investigation is complete.

What we do know is that brave Sailors from commands all across San Diego worked tirelessly alongside Federal Firefighters to get this fire extinguished and I want to thank them for their efforts. This was a Navy team effort. We had support from the air and sea. Three helicopter squadrons conducted more than 1,500 water bucket drops, fighting the fire and cooling the super structure and flight deck enabling fire crews to get onboard to fight the fire. Tugs also provided firefighting support from the waterline, cooling the ship’s hull.

We had 63 personnel, 40 U.S. Navy Sailors and 23 civilians, treated for minor injuries including heat exhaustion and smoke inhalation. We have no personnel hospitalized.

The Navy continues to work together with regulators, county and state in protecting our environment and preparing to address the community’s concerns as we move forward to the next phase.

I’d like to thank our partners from state and county, the U.S. Coast Guard, and all agencies for continued support.”

Crews battling the fire aboard the USS Bonhomme Richard were evacuated late Wednesday night after reported shifting of the warship.

A Navy official told ABC 10News that fire teams fighting the blaze were told to clear the ship and pier shortly before 11 p.m. “out of an abundance of caution” after the vessel “naturally settled” due to the fire and water damage and was rocking slightly to one side.

Meanwhile, several groups are collecting supplies and other donations for those displaced by the ship fire and crews at the scene. Click here to learn more on how to donate.