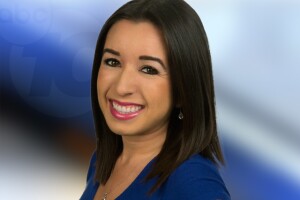 Laura Acevedo joined the 10News team in April 2017 as a reporter and multimedia journalist.

Laura is a southern California native who is so excited to call San Diego her new home!

Before San Diego, Laura worked at KERO, the ABC affiliate in Bakersfield, Calif. While in Bakersfield, she covered several national breaking news stories including the mass shooting in San Bernardino, the Erskine fire and the stabbing at UC Merced.

Laura’s first reporting job was in Laredo, Texas. While there, she covered the immigration crisis along the border as well as corruption cases involving city and county officials. She also landed interviews with the Governor of Texas, Greg Abbott and then presidential candidate Ted Cruz.

Laura graduated from the University of La Verne with a degree in broadcast journalism and a minor in Spanish. In college, she interned at ABC7, NBC Nightly News and Dateline.

On her days off you can find Laura working out, relaxing at the beach, or eating way too many buffalo wings.