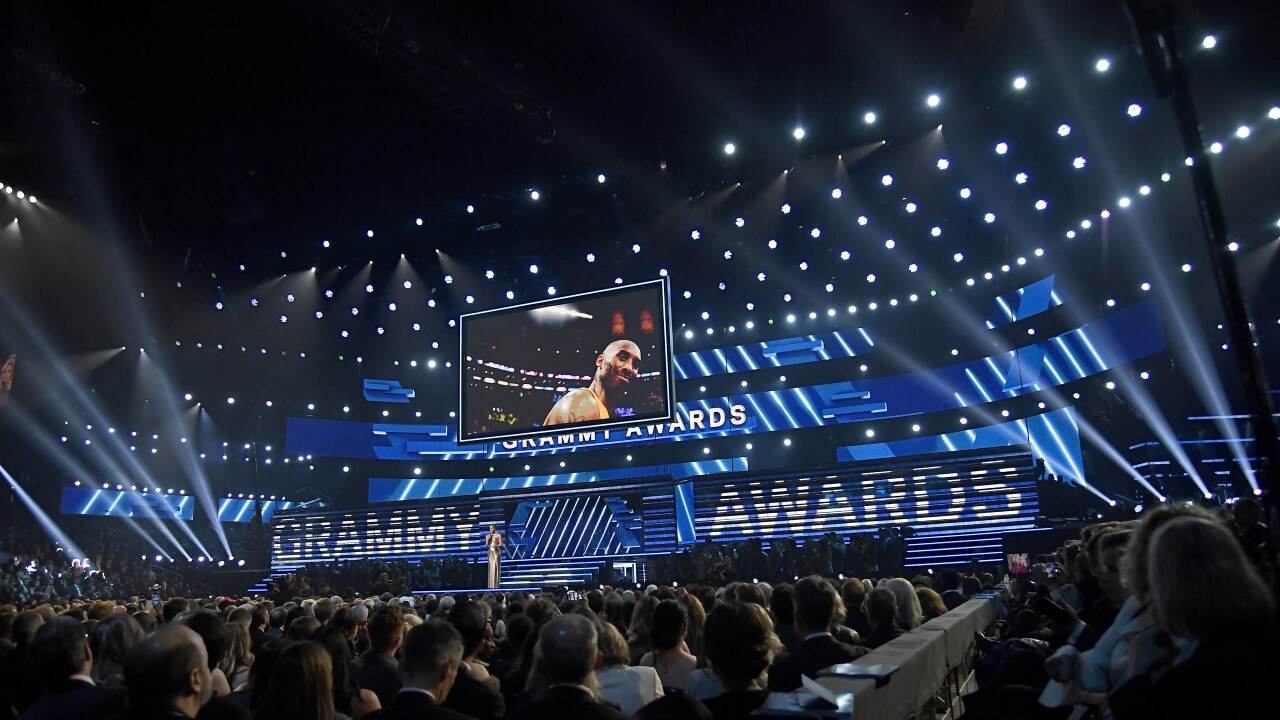 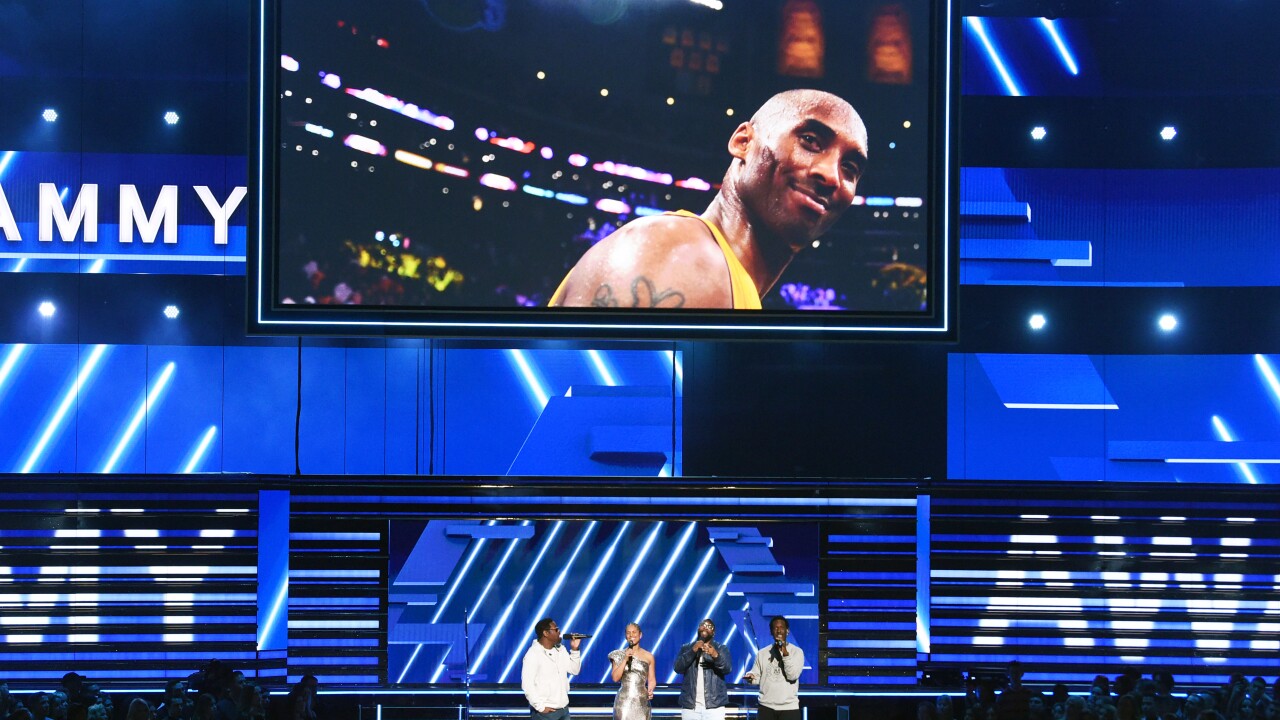 LOS ANGELES (CNS) - Held in the building in which Kobe Bryant became a legend, the 62nd annual Grammy Awards paid tribute Sunday evening to the basketball superstar who died in a helicopter crash in Calabasas.

With Bryant's retired numbers 8 and 24 illuminated in the Staples Center rafters, top Grammy nominee Lizzo took the stage for an opening number, but shouted before she began, "Tonight is for Kobe," eliciting a roar of approval from the star-studded crowd.

After the performance, show host Alicia Keys acknowledged the tragedy.

"We're all feeling crazy sadness right now because earlier today, Los Angeles, America and the whole wide world lost a hero," she said. "And we're literally standing here heartbroken in the house that Kobe Bryant built. Right now Kobe and his daughter Gianna and all of those that have been tragically lost today are in our spirits, are in our hearts, in our prayers. They're in this building and I would like to ask everybody to take a moment and just hold them inside, hold them inside of you and share our strength and our support with their families. We never imagined in a million years we'd have to start the show like this. Never, never, never, never."

She said the show would go on, but with Bryant and other victim's of the Sunday morning helicopter crash weighing heavy on the proceedings.