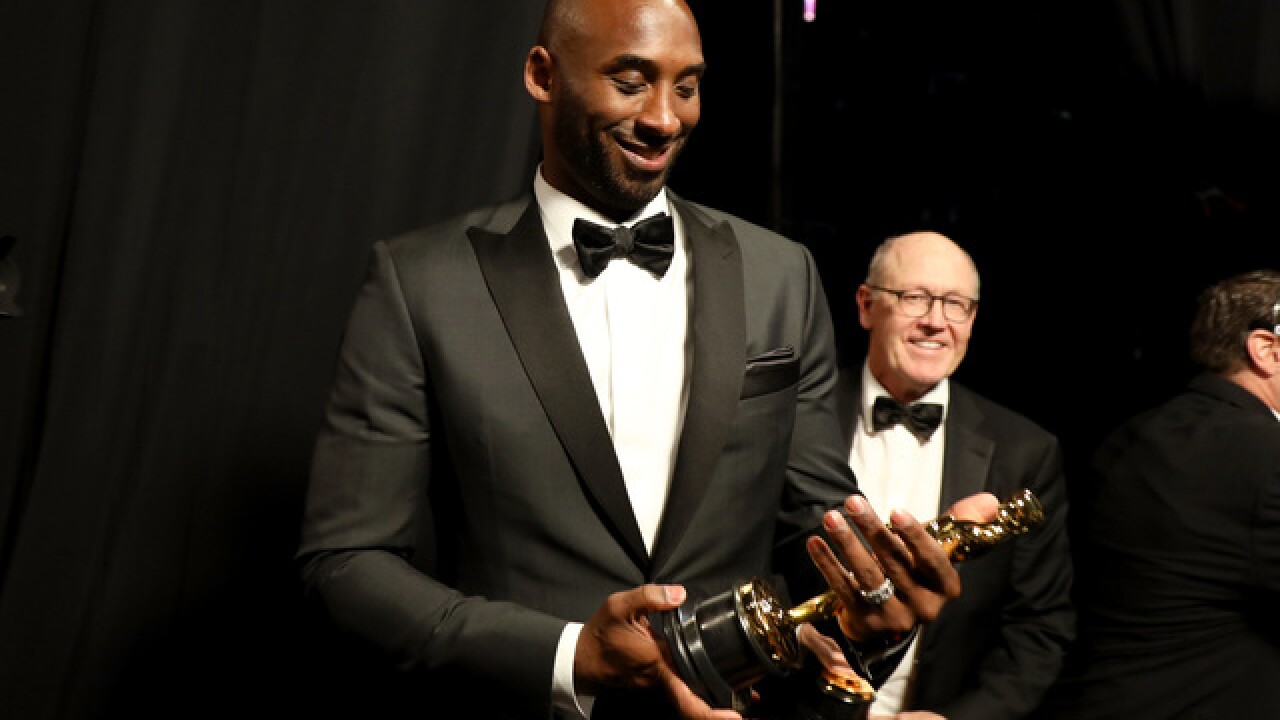 Copyright 2018 Scripps Media, Inc. All rights reserved. This material may not be published, broadcast, rewritten, or redistributed.
Handout
<p>HOLLYWOOD, CA - MARCH 04: In this handout provided by A.M.P.A.S., Kobe Bryant, winner of the Best Animated Short Film award for 'Dear Basketball,' attends the 90th Annual Academy Awards at the Dolby Theatre on March 4, 2018 in Hollywood, California. (Photo by Matt Sayles/Getty Images)</p>

SAN DIEGO (KGTV) -- A fake video claiming to show the helicopter crash that killed nine people including Kobe Bryant and his daughter is spreading across social media.

The fake video appears to show a helicopter spinning out of control before bursting into flames.

The footage is actually of a copter that clipped the Ras al-Khaimah wire near Dubai in 2018. The four crew members on board that helicopter were all killed in the fiery crash.

The unrelated footage is creating outrage promoting calls for the video to be taken down.

Kobe Bryant and his 13-year-old daughter, Gianna Maria-Onore Bryant, were among nine people killed in a helicopter crash Sunday morning in Calabasas.