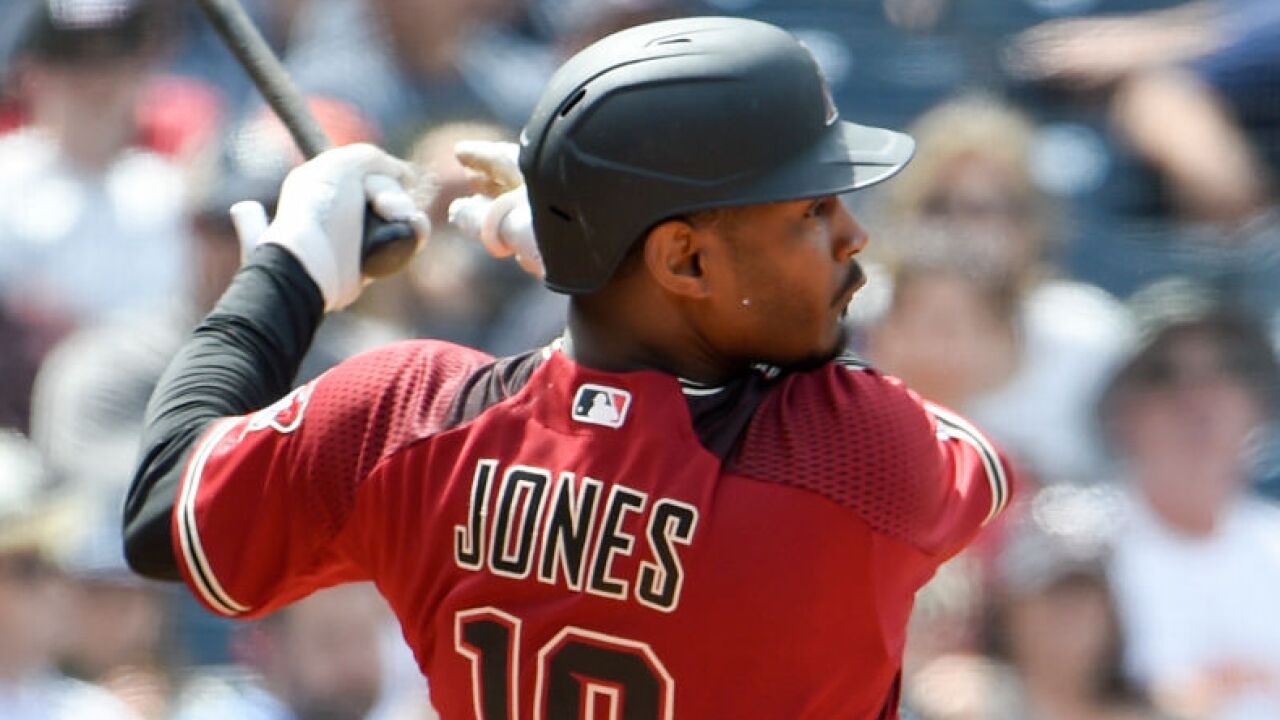 SAN DIEGO (KGTV) — A fan was removed from Petco Park Wednesday, after using "foul language" toward a player.

As the San Diego Padres took on the Arizona Diamondbacks, the unnamed fan berated a player on the field. The player was Diamondbacks right fielder Adam Jones, according to the Arizona Republic.

Upon hearing the fan's language during a play in the fifth inning, Jones spoke with security to remove the fan, the Republic reported.

"On the street, they’d never do that. In the ballpark when you’ve paid your admission, there’s no need for all that stuff. The second I hear somebody cussing us out, you’re gone. I could care less that they’re gone. That’s just how it is," Jones, who is a native of San Diego, told the Republic. "I made a nice play, and just hearing the B-word, F-word, that’s not baseball talk. So … he gone.”

The Padres confirmed a fan was removed, adding the guest code of conduct is verbally stated twice per game.

"Consistent with our club and MLB policies, a fan was removed from the game yesterday for using foul language toward a player on the field," Craig Hughner, Padres director of communications, said in a statement. "The Padres reserve the right to remove any guest at any time who does not comply with the Petco Park Guest Code of Conduct, which includes the use of foul and abusive language or obscene gestures."

The team's guest code of conduct is available online here.

In 2017, Jones said a Fenway Park fan called him the N-word during a game between the Baltimore Orioles and Boston Red Sox. The next night, a fan used the same word, reportedly about the national anthem singer, and was permanently banned from the stadium after another fan reported it.

Jones told the Republic the Petco Park incident didn't rise to the same severity in language as the Fenway Park event.