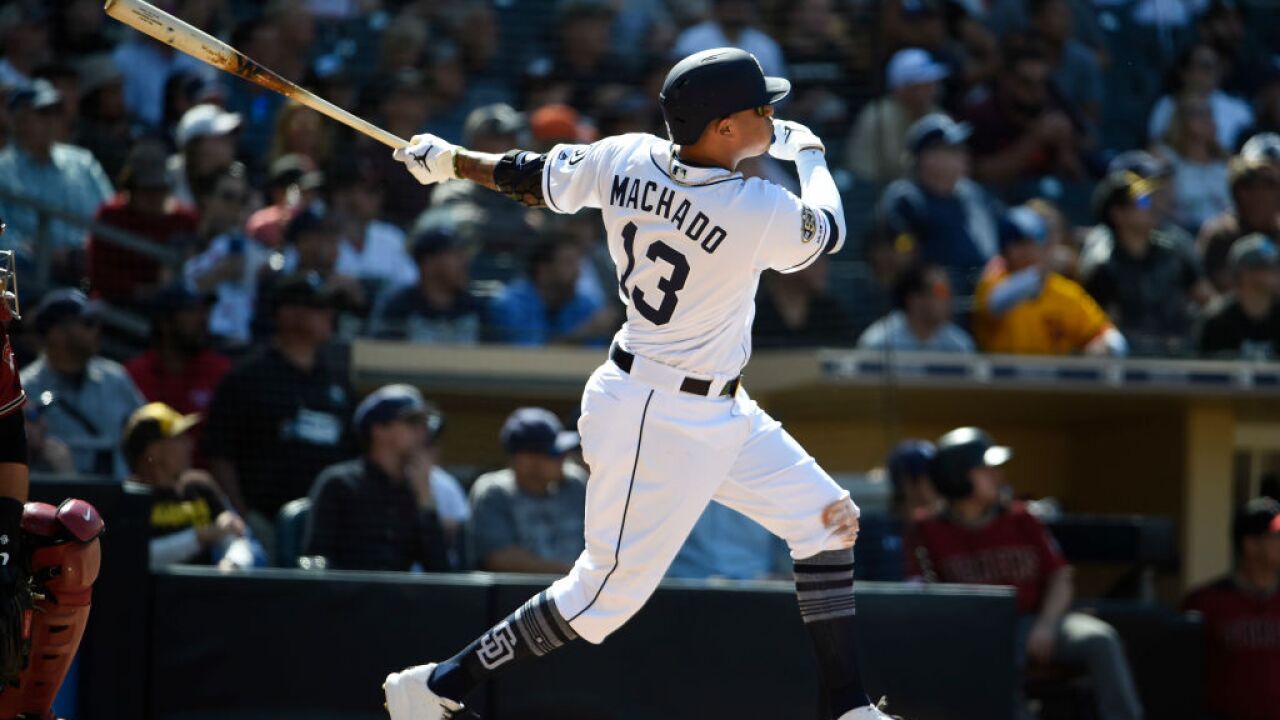 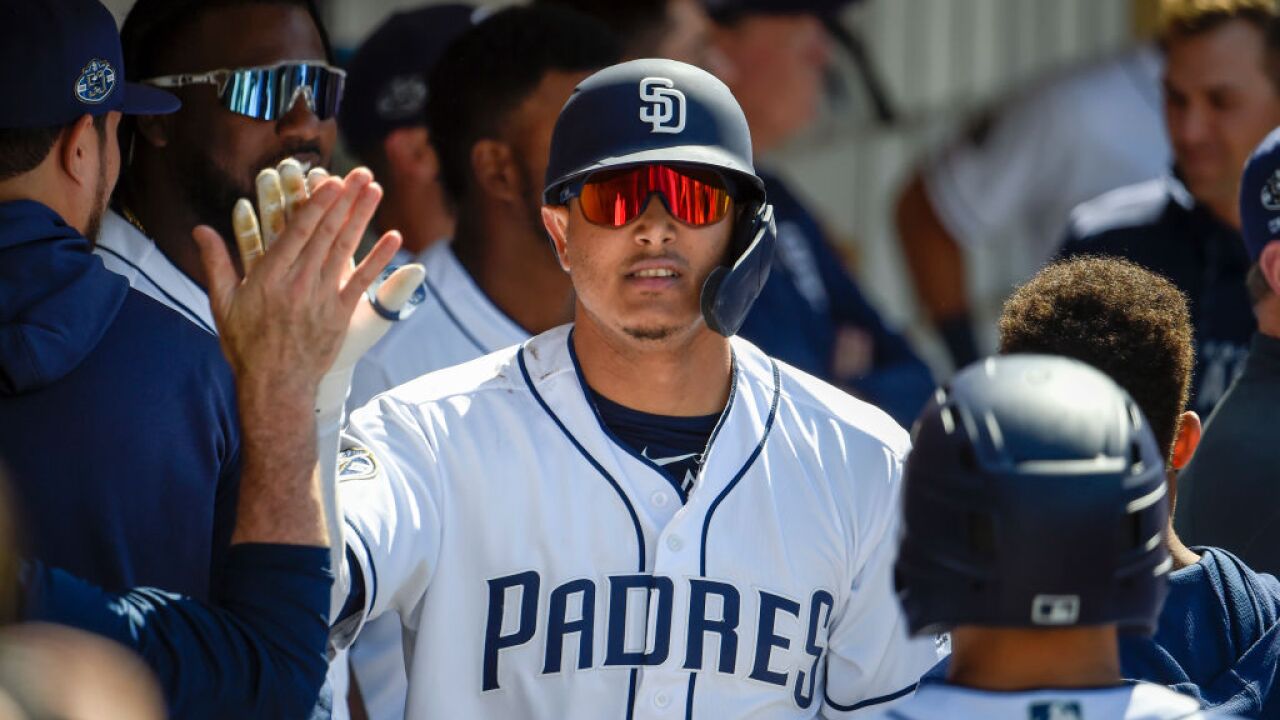 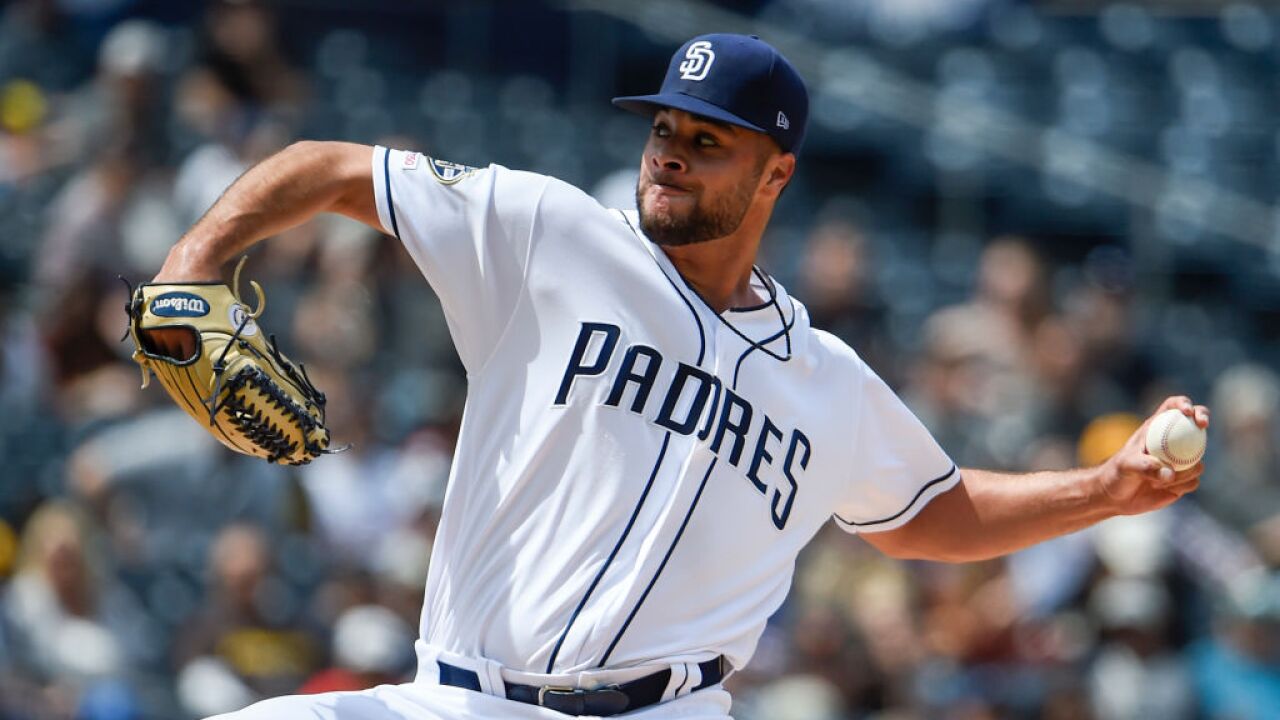 SAN DIEGO (AP) — Manny Machado hit his first home run for the San Diego Padres, a two-run drive in the seventh inning of a 4-1 win over the Arizona Diamondbacks on Wednesday.

Machado lined an 0-2 fastball into the balcony on the second level of the Western Metal Supply Co. Building in the left-field corner. The two-out homer off former Padres farmhand Matt Andriese followed a one-out single by Ian Kinsler, another new Padres player.

Machado is hitting .240 with three RBIs in his first seven games after signing a $300 million, 10-year contract early in spring training. The All-Star slugger matched his career-high last year with 37 homers between Baltimore and the Los Angeles Dodgers.

Left-hander Joey Lucchesi (2-0) extended his scoreless innings streak to 10 1/3 innings to start the season as the Padres avoided a three-game sweep. Lucchesi held Arizona to four hits in five innings, struck out six and walked one.

Jake Lamb hit an RBI double for Arizona with two outs in the ninth and injured himself halfway between first and second. He walked off under his own power.

With two outs in the fifth and two runners on in a scoreless game, manager Andy Green opted to have Francisco Mejia, the backup catcher, hit for Lucchesi, and it paid off. Mejia lined a double into the left-field corner off Robbie Ray (0-1), bringing in Fernando Tatis Jr. from second. Tatis, who had just missed a home run by about 20 feet, and Austin Hedges walked in front of Mejia.

San Diego chased Ray with consecutive walks by Machado and Franmil Reyes with one out in the sixth. Yoshihisa Hirano came on and gave up Hunter Renfroe's single, then walked Eric Hosmer as the Padres took a 2-0 lead.

Padres: Rookie LHP Nick Margevicius (0-1, 1.80) is scheduled to start Friday at St. Louis in the Cardinals' home opener, which was moved back a day because rain is forecast. The Cardinals are scheduled to counter with RHP Jack Flaherty (0-0, 8.31).