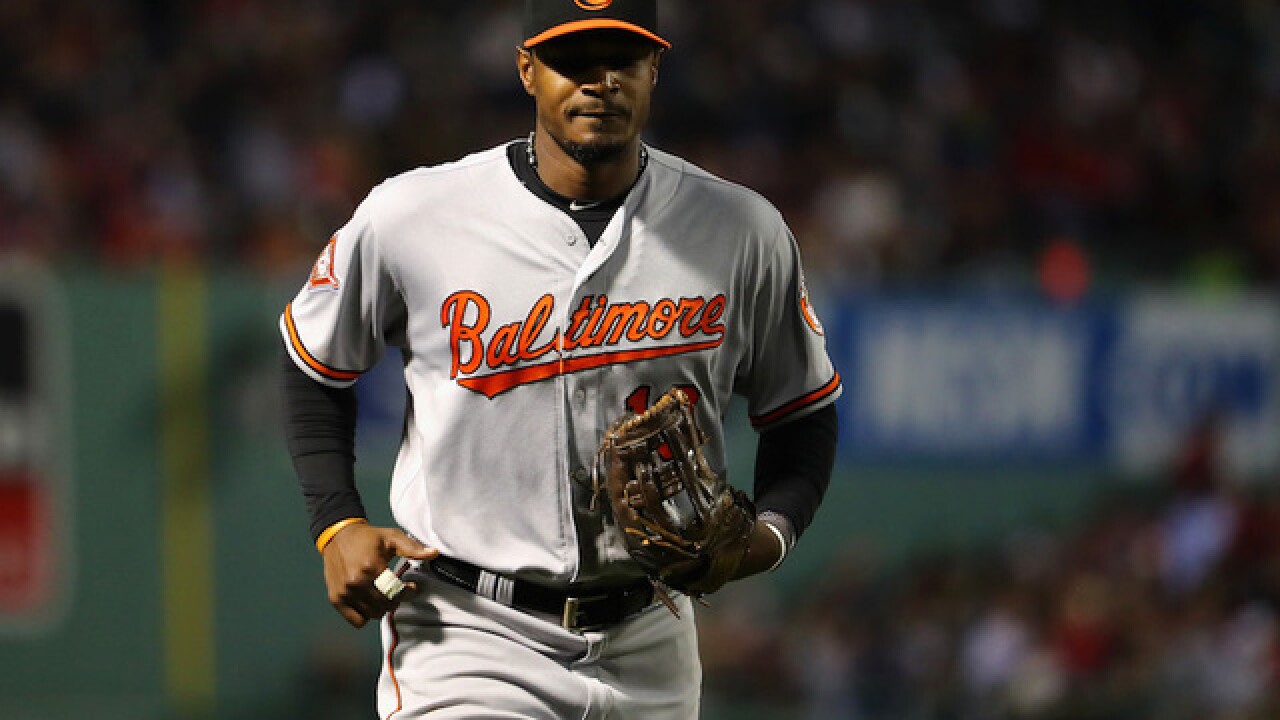 Copyright Associated Press
Tim Bradbury
<p>BOSTON, MA - MAY 02: Adam Jones #10 of the Baltimore Orioles jogs off the field after the fifth inning against the Boston Red Sox at Fenway Park on May 2, 2017 in Boston, Massachusetts. (Photo by Tim Bradbury/Getty Images)</p>

The Boston Red Sox on Wednesday permanently banned from Fenway Park a man they said used a racial slur, a separate confrontation from the insults directed at Baltimore Orioles outfielder Adam Jones a night earlier but one the team says it is taking just as seriously.

"I'm here to send a message, loud and clear, that the behavior, the language, the treatment of others that you've heard about and read about is not acceptable," Red Sox president Sam Kennedy said during an impromptu update for reporters in the back of the press box during Wednesday night's game.

"We have to recognize that this exists in our culture," Kennedy said. "It's not indicative of Boston .... It's a handful of ignorant and intolerant people."

One night after Jones spoke out about being called the N-word by a fan in the Fenway stands, rekindling the debate about the city's mixed history of racial tolerance, the ballpark was the site of another racist encounter.

Calvin Hennick, a Boston resident bringing his son to his first Red Sox game as a present for his sixth birthday, wrote on Facebook and confirmed to The Associated Press on Wednesday night that a neighboring fan used a variant of the N-word when referring to the national anthem singer. Surprised, Hennick asked him to repeat it, and the other fan did.

Hennick summoned security and they ejected the other fan, whose name has not been released. Hennick said the man denied to security using a racial slur.

Kennedy thanked Hennick, calling him courageous for speaking out. Asked if he felt inspired or emboldened by Jones' comments a day earlier, Hennick told the AP: "I think I would have said something anyway. I'm kind of a squeaky wheel."

"But I'm glad the Sox are encouraging fans to come forward," Hennick said. "I was just pleased that they took it really seriously."

Hennick, who is white, was at the game with his father-in-law, who is originally from Haiti, and his biracial son. At first he assumed the other fan mistook him for a kindred spirit, Hennick said, but now he believes the man was reacting to the uproar over Jones.

The Red Sox declined to identify the banned person, saying the matter had been referred to police. The Boston Police Department confirmed that its civil rights unit is investigating and will determine whether further action is warranted.

Kennedy said he believed it was the first time a fan had been banned for life from the ballpark: "It's unprecedented, I think, in baseball," he said. Ushers at the gates will be notified that the fan is not to be admitted.

Kennedy said he was angry and frustrated after the episode with Jones, but the one with Hennick made him sad and feel "deep remorse that these things happen in our society.

"But it's the reality of the world that we live in," he said, calling on city and business leaders to "work together to try to stamp them out so that they don't happen again.

"Hopefully, this is a step forward," Kennedy said.

Hennick said he didn't feel like the experience soured him on the ballpark or the city.

"My wife and I have been happy here. I don't feel uncomfortable walking around Boston with my mixed-race family, but that doesn't mean that it's not a common occurrence for people," he said.

"My son doesn't know what happened and had a great time. He definitely wants to go back, and I plan on going back. All sports teams need to do what they can to address fan behavior, and I think the Sox kind of have a fire lit under them to make sure they do all they can."