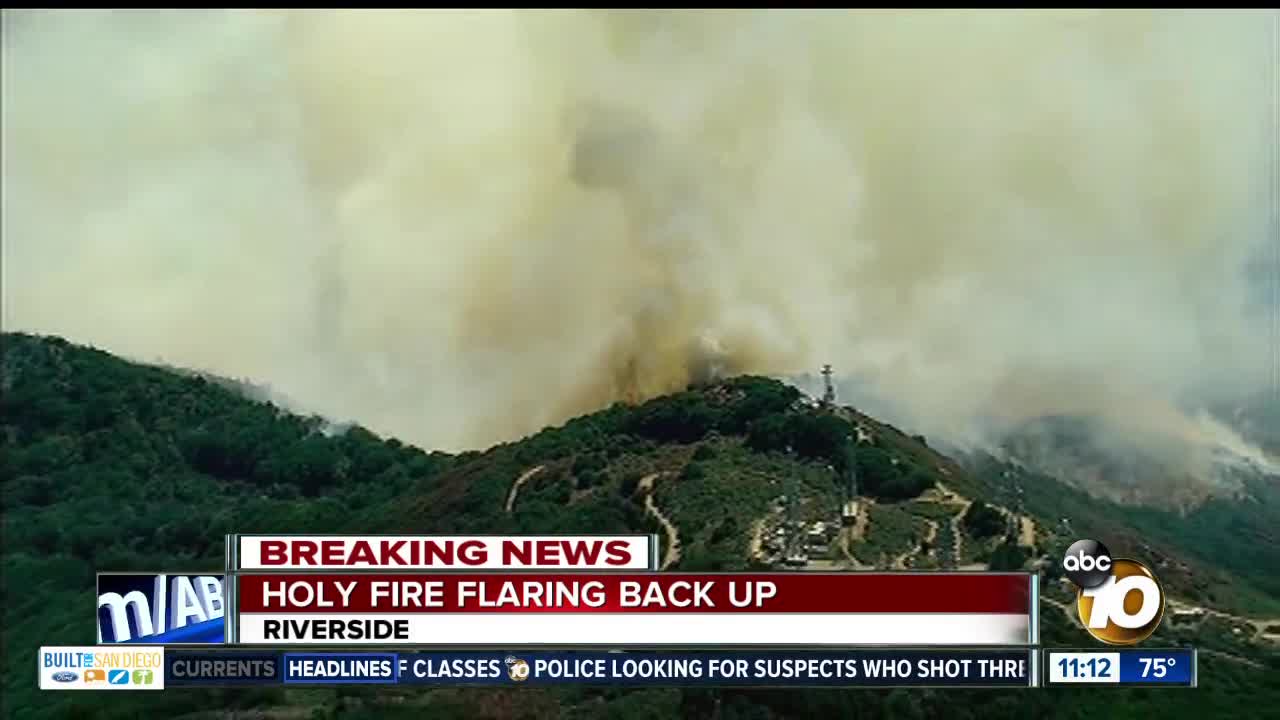 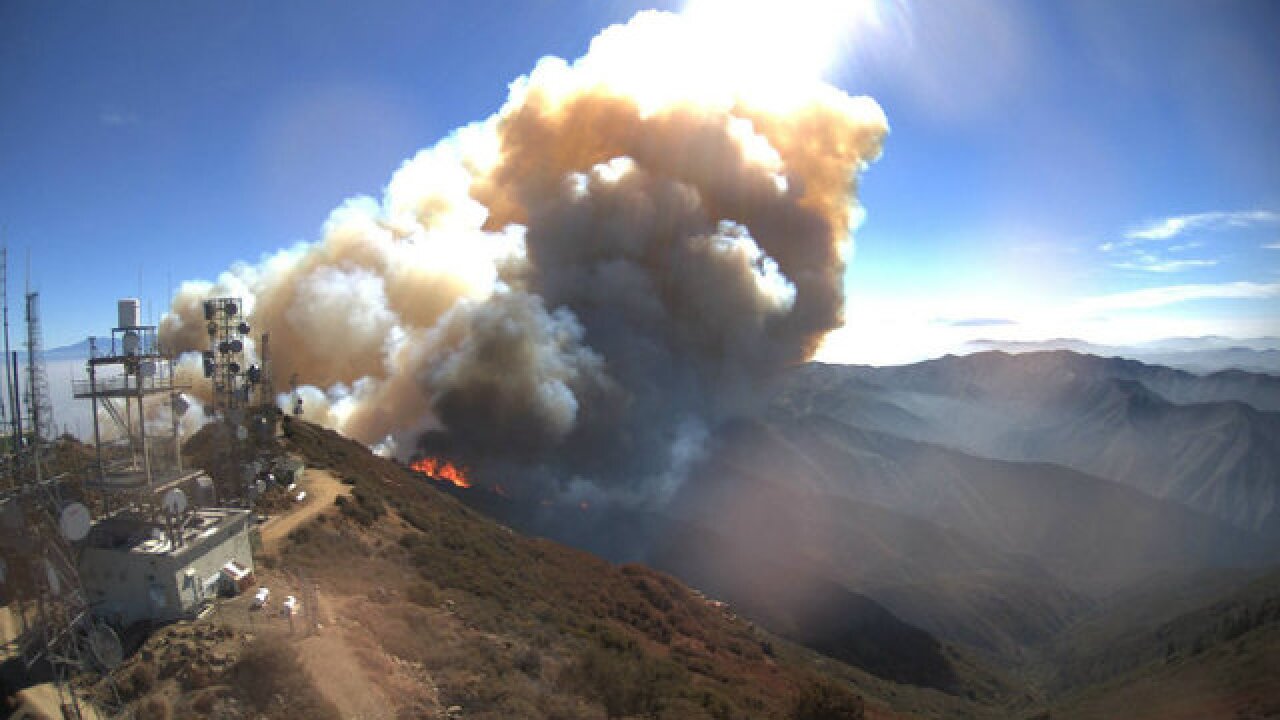 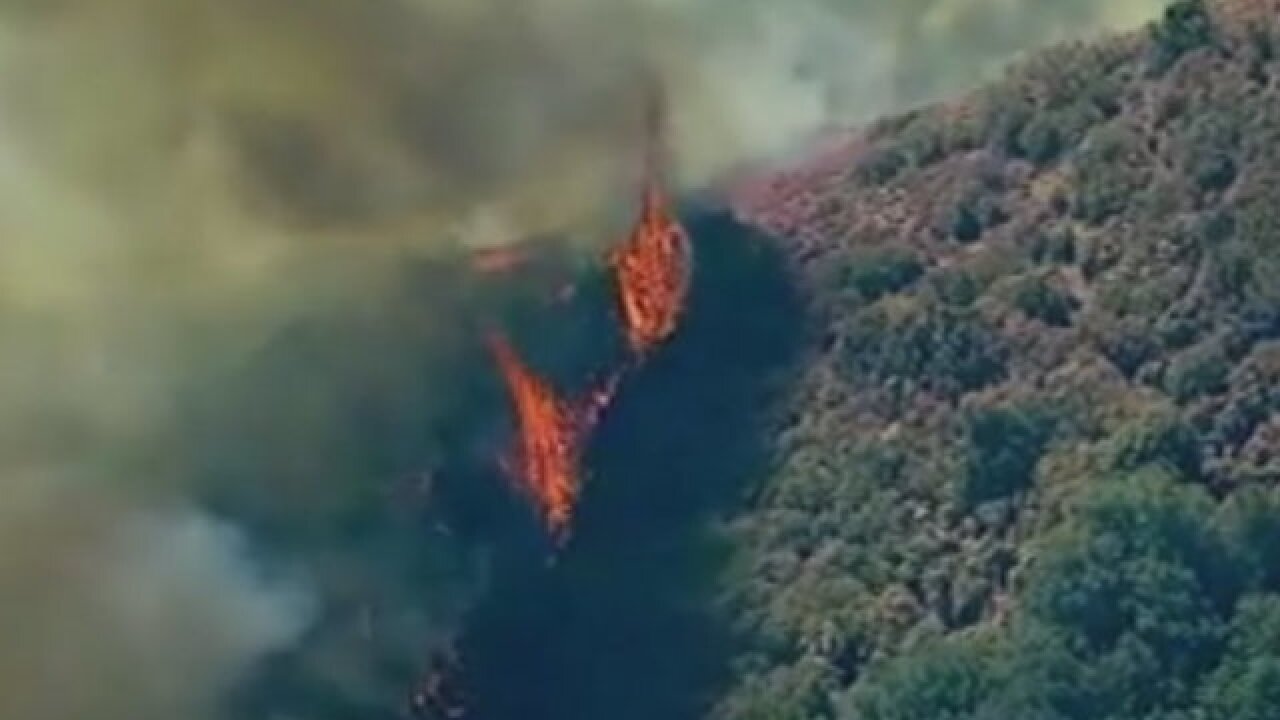 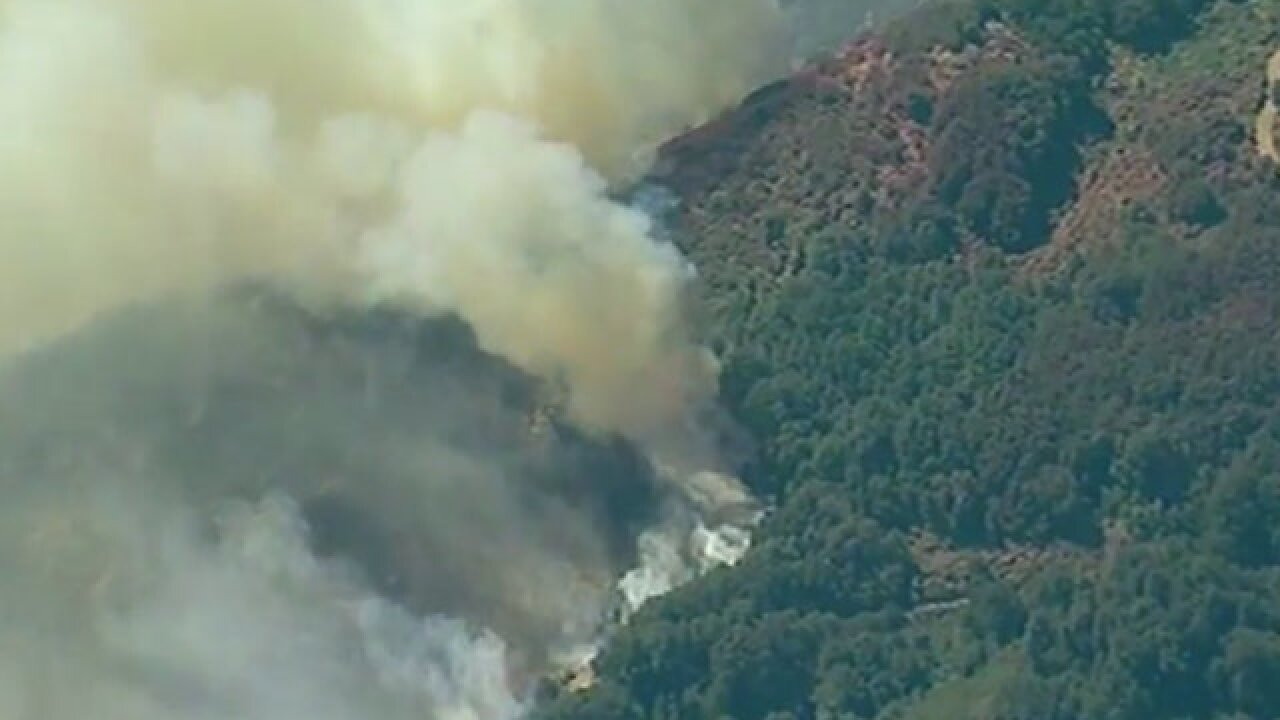 (KGTV) - The Holy Fire flare up in the Cleveland National Forest has grown to 150 acres with 10 percent containment, though crews are said to be making "good progress."

According to the Orange County Fire Authority, the goal at this point is to protect communication towers and infrastructure atop Santiago Peak.

U.S. Forest Service officials said the fire broke out in the Santiago Peak area of the Cleveland National Forest at about 10 a.m.

According to officials, "5 air tankers and 4 helicopters have been assigned. Ground resources will be utilized when it is safe to do so.”

The initial Holy Fire erupted in the Holy Jim Canyon area of the Cleveland National Forest on August 6, leading to mass evacuations in both Orange and Riverside counties, numerous road closures and the destruction of at least 24 structures.

Prior to the Monday flare-up, the Holy Fire was considered to be under control, with a Sept. 1 target date for full containment. It burned nearly 23,000 acres in Orange and Riverside counties.

The Holy Fire was allegedly started intentionally by 51-year-old Forrest Gordon Clark. He was arrested days after the fire erupted and faces numerous arson charges in connection with the fire investigation.