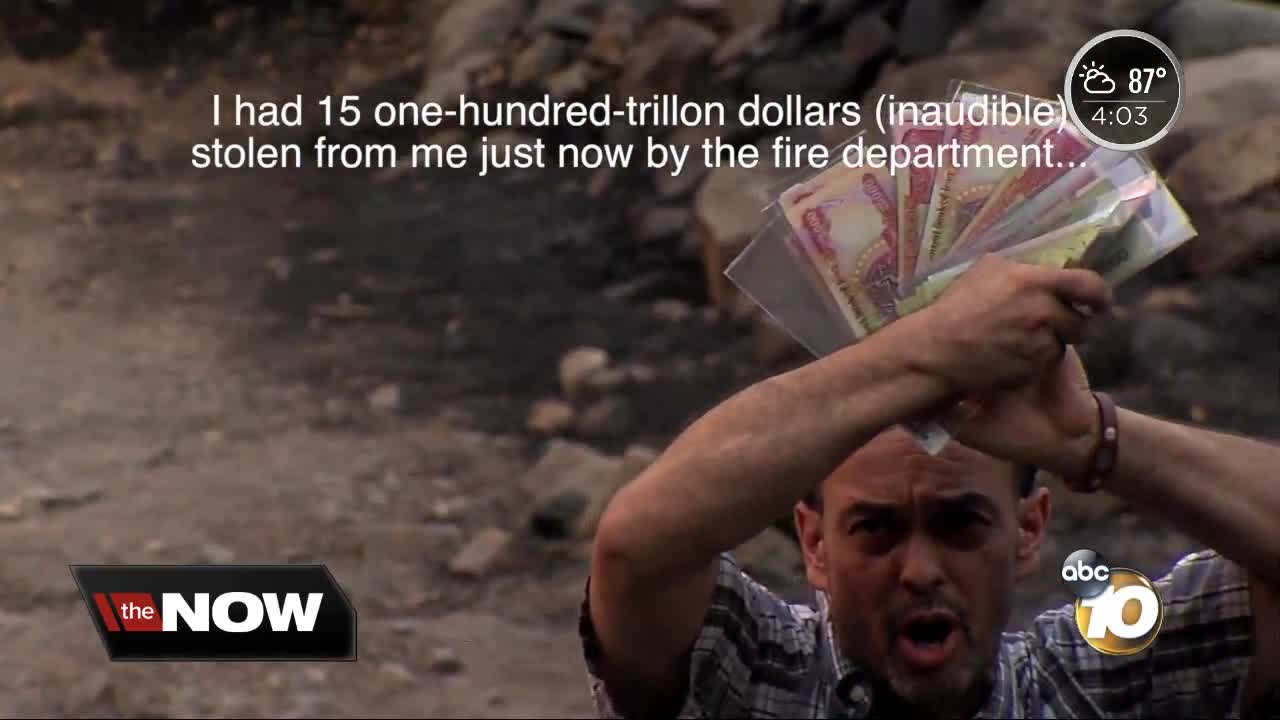 The man approached 10News on Monday. 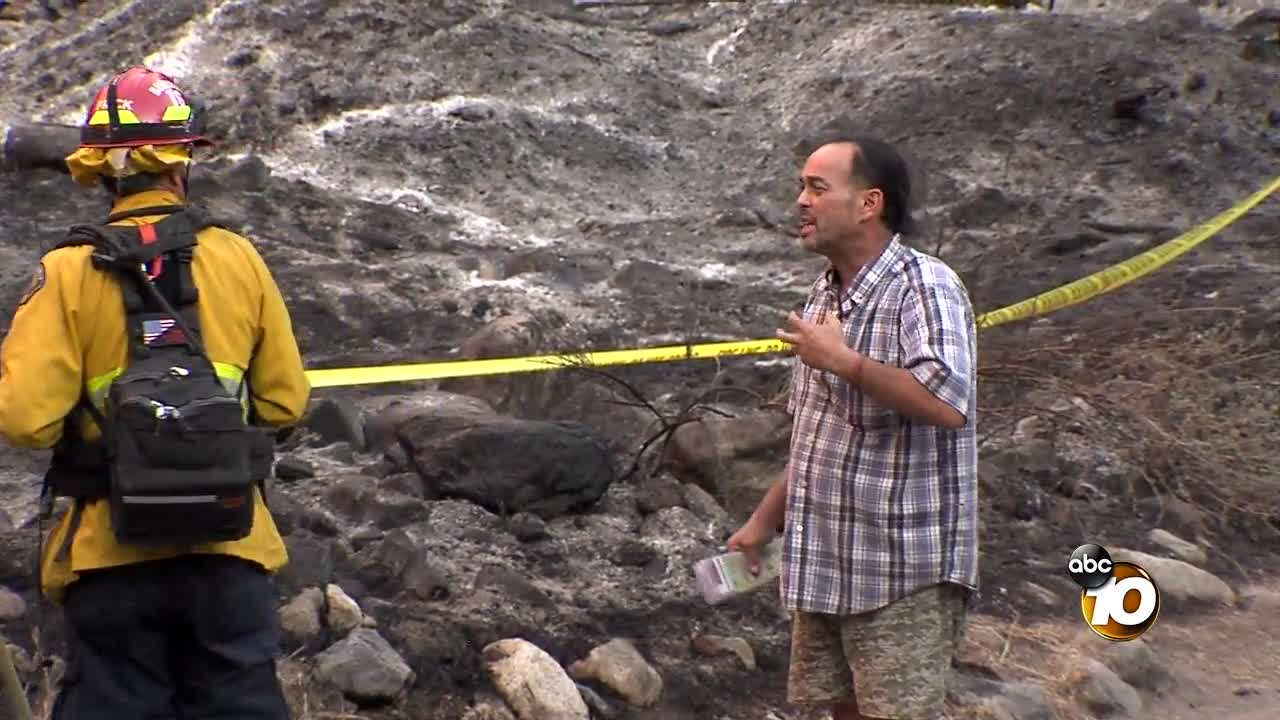 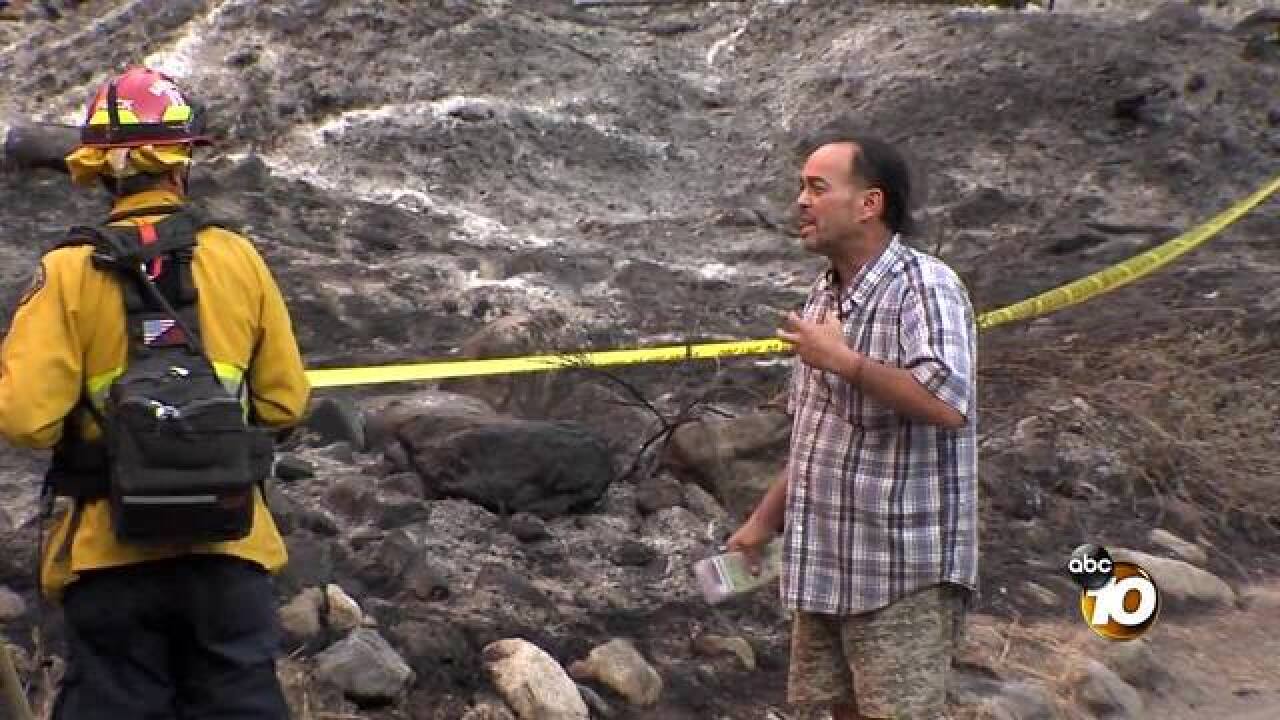 In the video, Clark can be seen speaking with firefighters and accusing them of stealing his money.

Clark is being held on $1 million bail. His arraignment is scheduled for August 9.  A volunteer fire chief told the Orange County Register that Clark sent him threatening emails last week, including one where Clark said “this place will burn down."

The volunteer fire chief said that Clark "ran through the community screaming last week and sent an email predicting Holy Jim, with roots to the Reconstruction Era, would burn.”