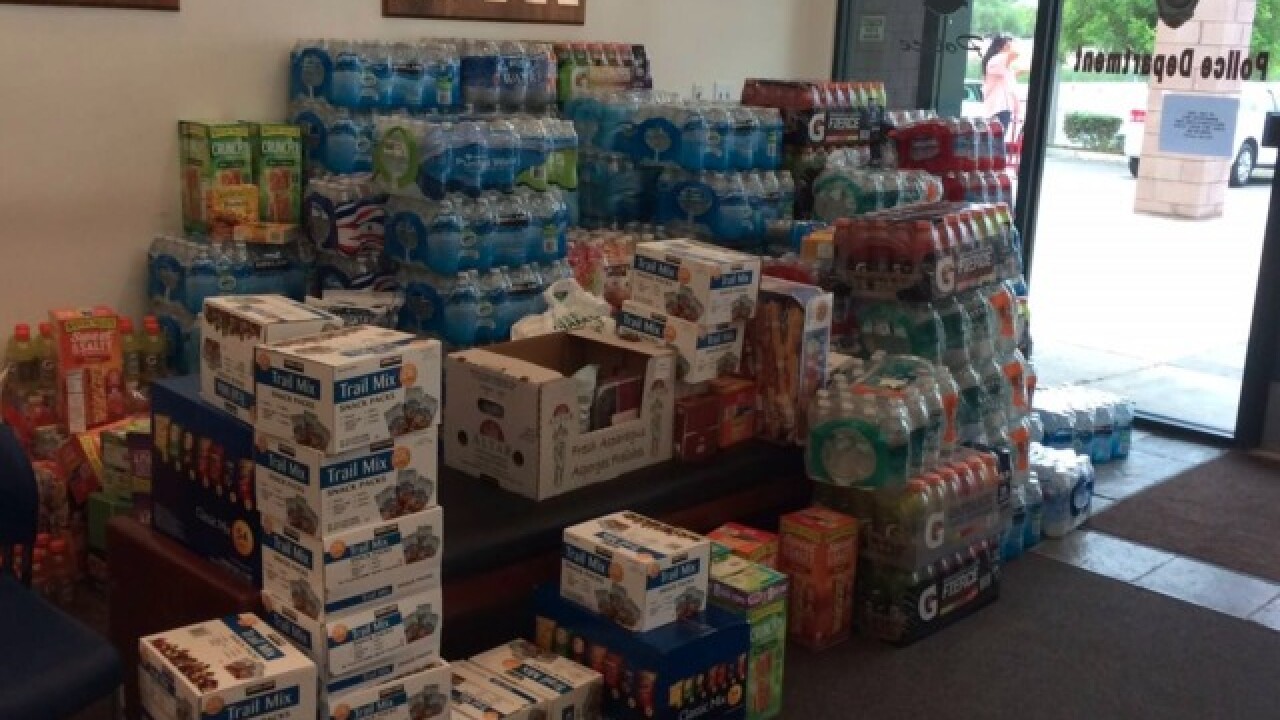 (KGTV) -- The Lake Elsinore Sheriff’s Station said Thursday they’ve had to ask people to stop donating after receiving an overwhelming amount of donations for the Holy Fire.

According to a post on the station’s Facebook page, the donations have taken up so much space, deputies are running out of room to store the items.

A photo shows boxes of snacks piled atop cases of water and Gatorade. Though the department appreciates the donations, they said they plan and prepare for events such as the Holy Fire, “so we are good!”