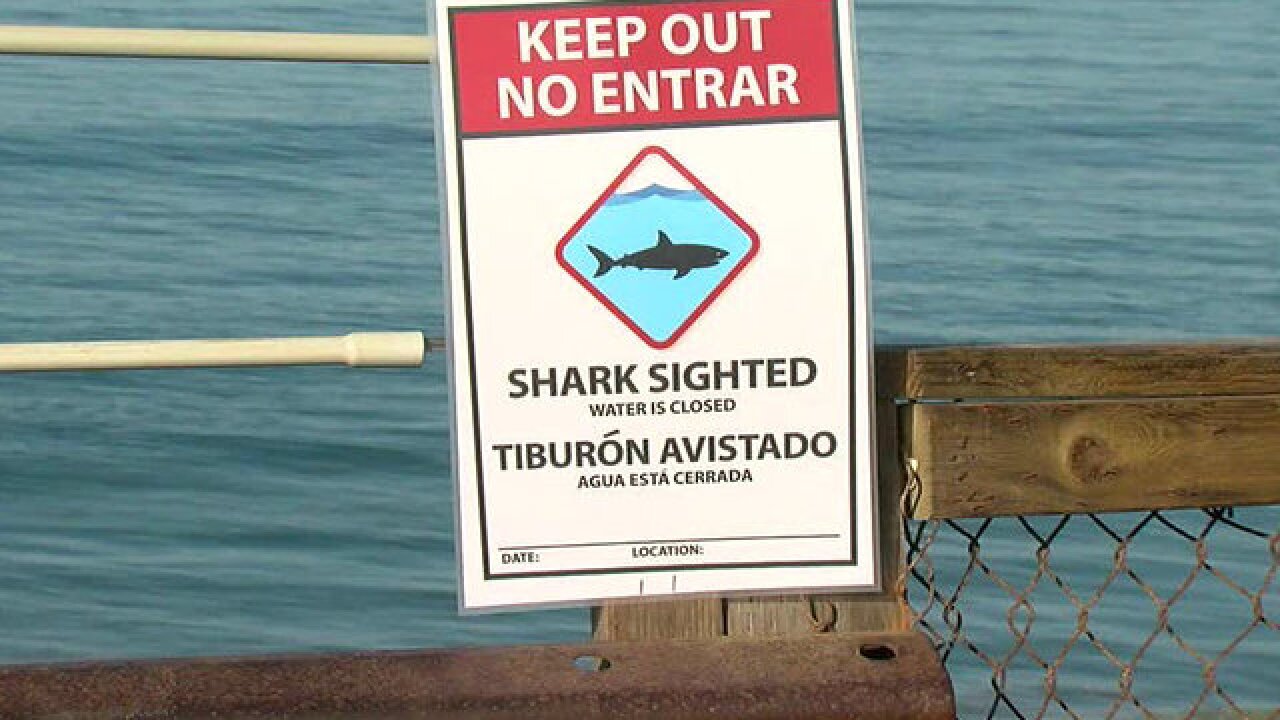 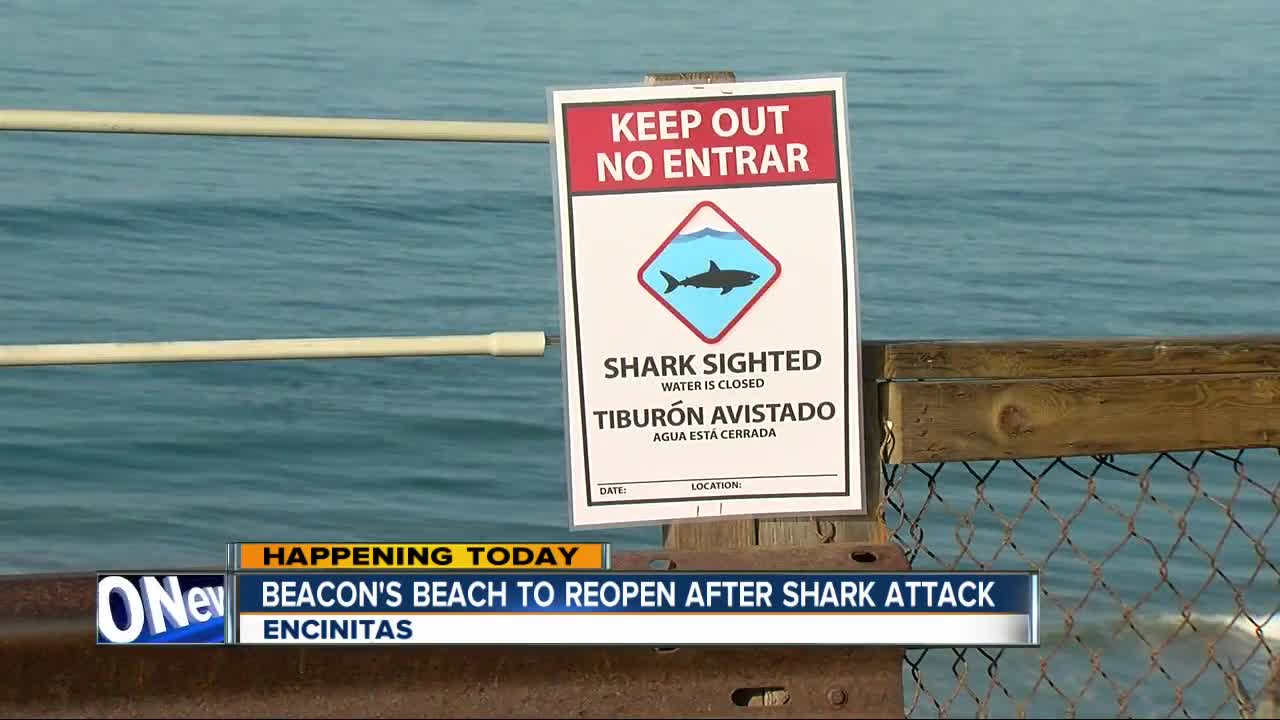 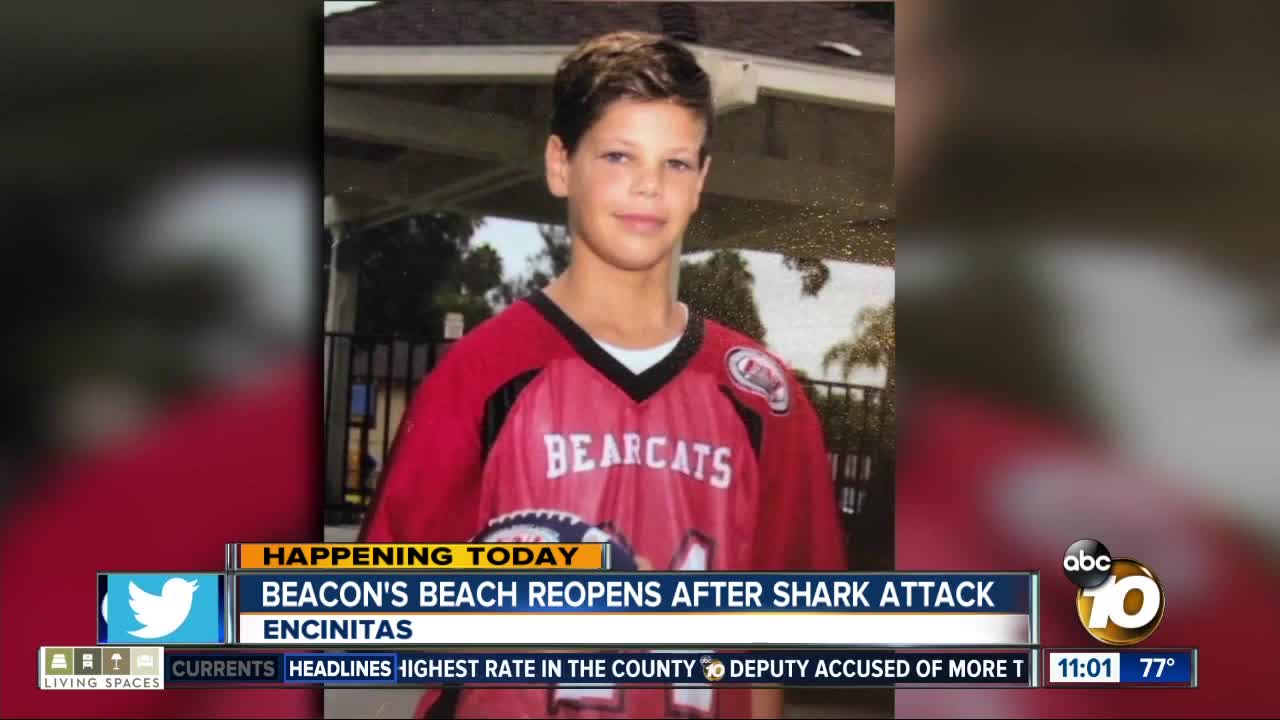 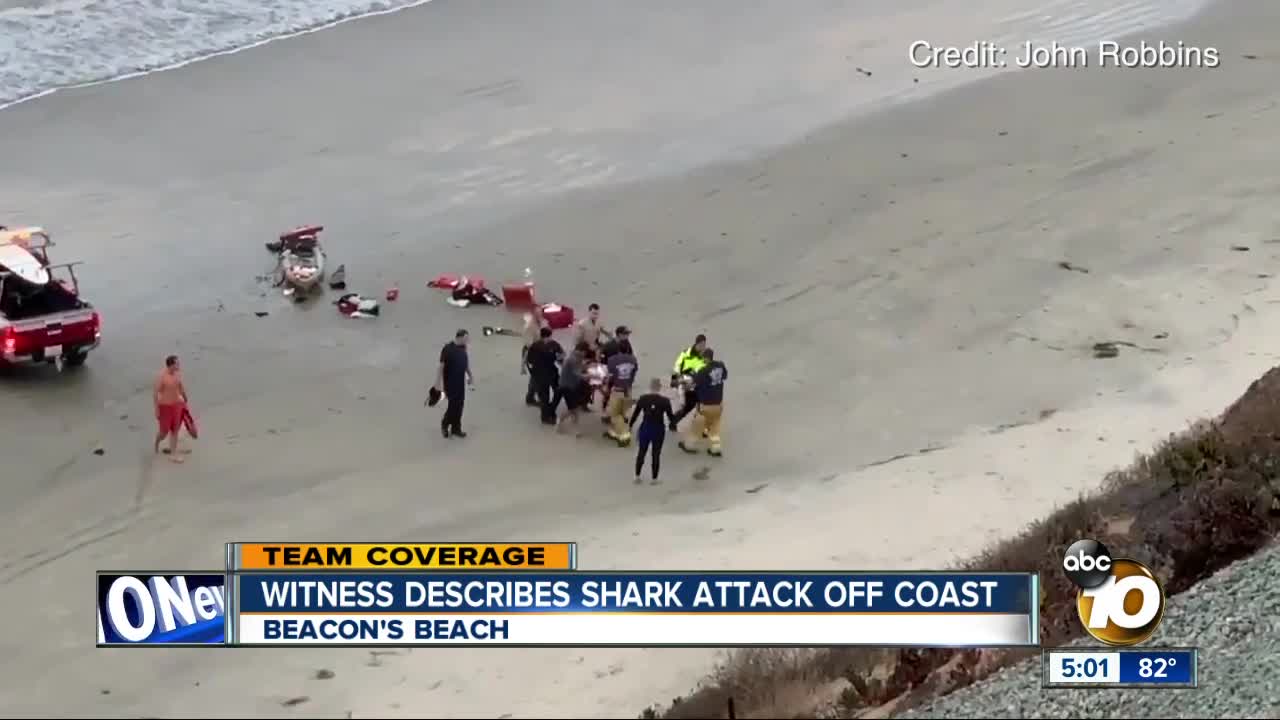 Beacon’s Beach in Encinitas was closed from La Costa Avenue to Swami’s State Beach after Keane Hayes was bitten by a shark while diving for lobster.

A witness told 10News he heard screaming before seeing the injured boy.

"I come up for breath, on top of the water, looking down, I hear a guttural scream, 'help me, help me'," said Wally Buckingham.

Hayes suffered serious injuries and was airlifted to Rady Children’s Hospital. He is expected to make a full recovery.

The water was perfectly smooth with no surf and overrun with divers at the time of the shark attack, Buckingham said. There was also a seal in the area at the time.

Capt. Larry Giles of Encinitas’ Marine Safety division said they have not received any other shark sighting reports since the incident.

Warning signs were posted after the attack Saturday morning but dozens of them were stolen, lifeguards said. The signs will not be replaced.

“This is the first time that, in my career of 30 years, that I’ve seen an attack or anything with a shark that has come in and made contact with one of our swimmers or divers,” Giles said.

There have been no reports of shark activity since the initial attack.

A unified command including officials with California State Parks, California Fish and Game, the San Diego County Sheriff's Department, the city of Solana Beach and the city of Carlsbad were working with a marine scientist to determine the type of shark that caused the injury.