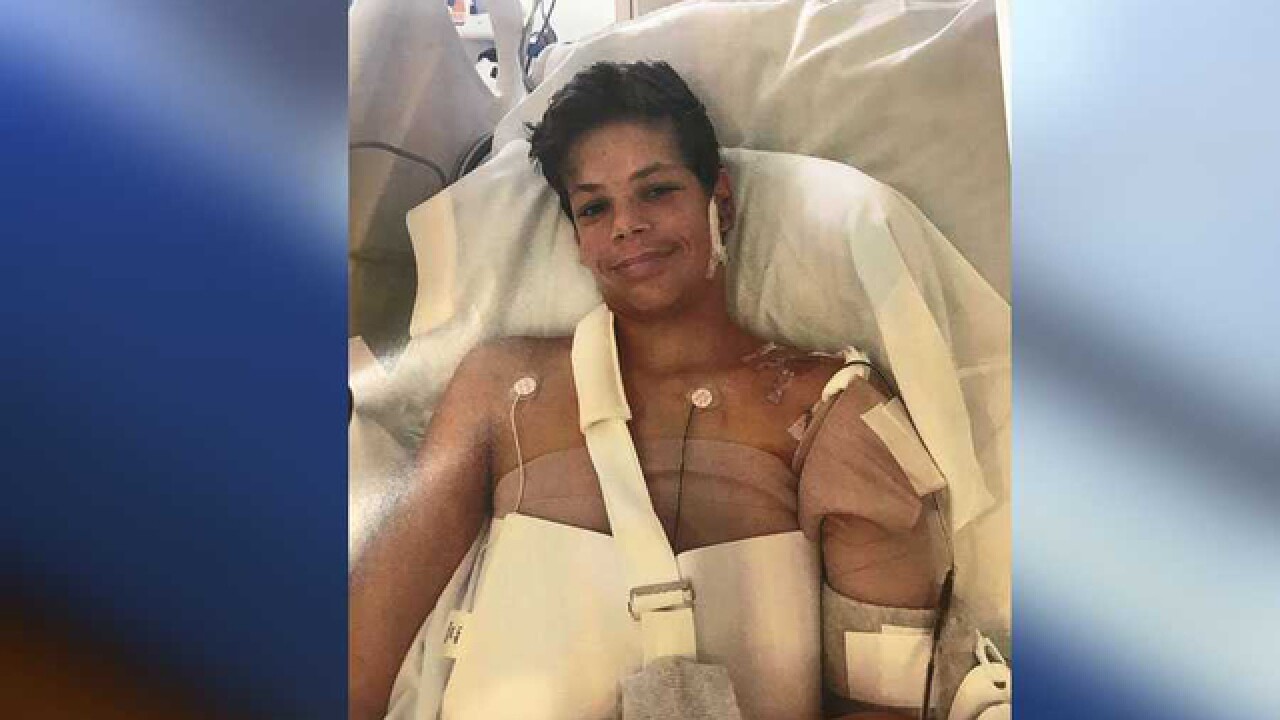 Copyright 2018 Scripps Media, Inc. All rights reserved. This material may not be published, broadcast, rewritten, or redistributed.
<p>Courtesy: Ellie Hayes</p>

SAN DIEGO (KGTV) - Monday afternoon, the mother of a 13-year-old boy attacked by a shark in Encinitas Saturday morning spoke about his condition.

Keane Webre-Hayes remains in serious condition, but is recovering well, Ellie Hayes said. Dr. Tim Fairbanks says the teenager still has a long road to recovery. Dr. Fairbanks said Keane suffered injuries to his back, torso, left arm and shoulder and injuries to the left side of his face.

At the news conference, Hayes fought back tears as she spoke about Keane's road to recovery, calling him "a warrior".

"We got blessed on Sunday. Very, very blessed and we know it. We're very thankful. Keane is very special. I just want him to know I love him and I'm super proud of him," she said.

Hayes explained that Keane went lobster diving with a friend when the incident took place.

“He said ‘Mom, I’m going to make you a lobster dinner tonight,’ so he owes me,” she said.

A stretch of coastline reopened also Monday morning after crews were unable to find a shark that attacked the teen.

A GoFundMe account was established for Keane and his family to help cover medical expenses. As of Monday night, more than $28,000 was raised -- exceeding the goal of $20,000.