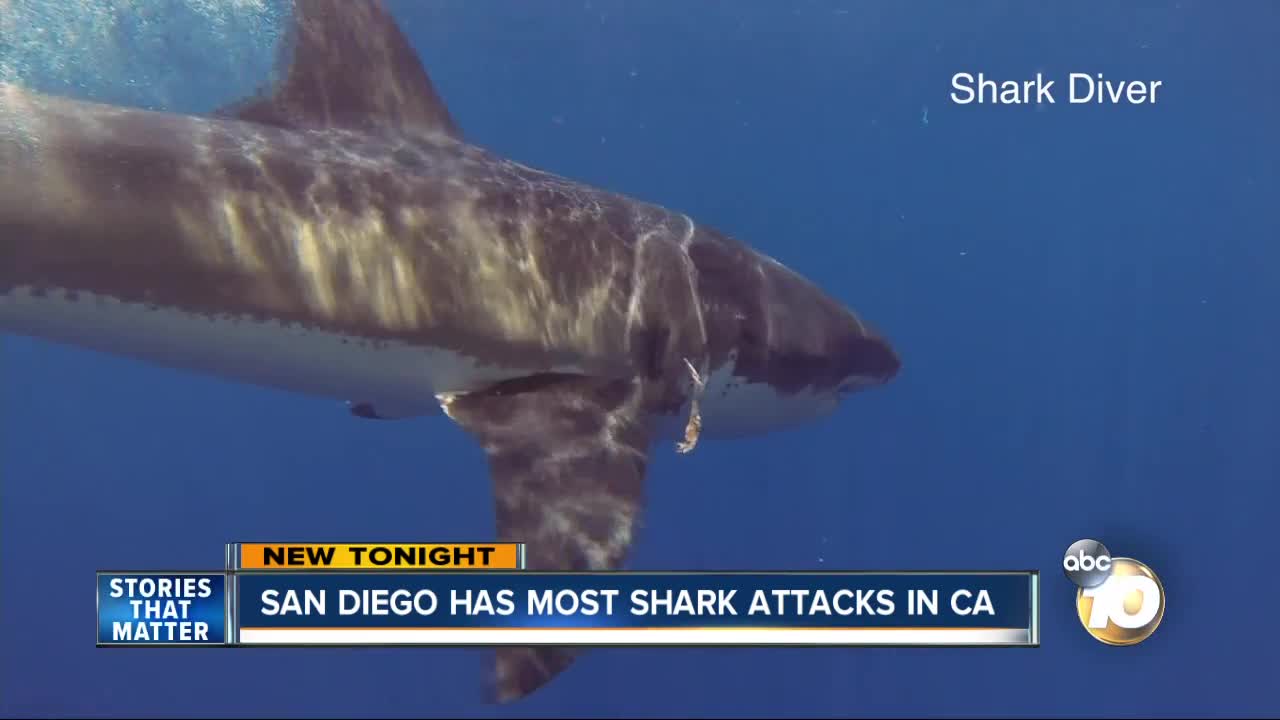 California's ranked 4th in nation for shark attacks, and San Diego is number one in California, according to reports. 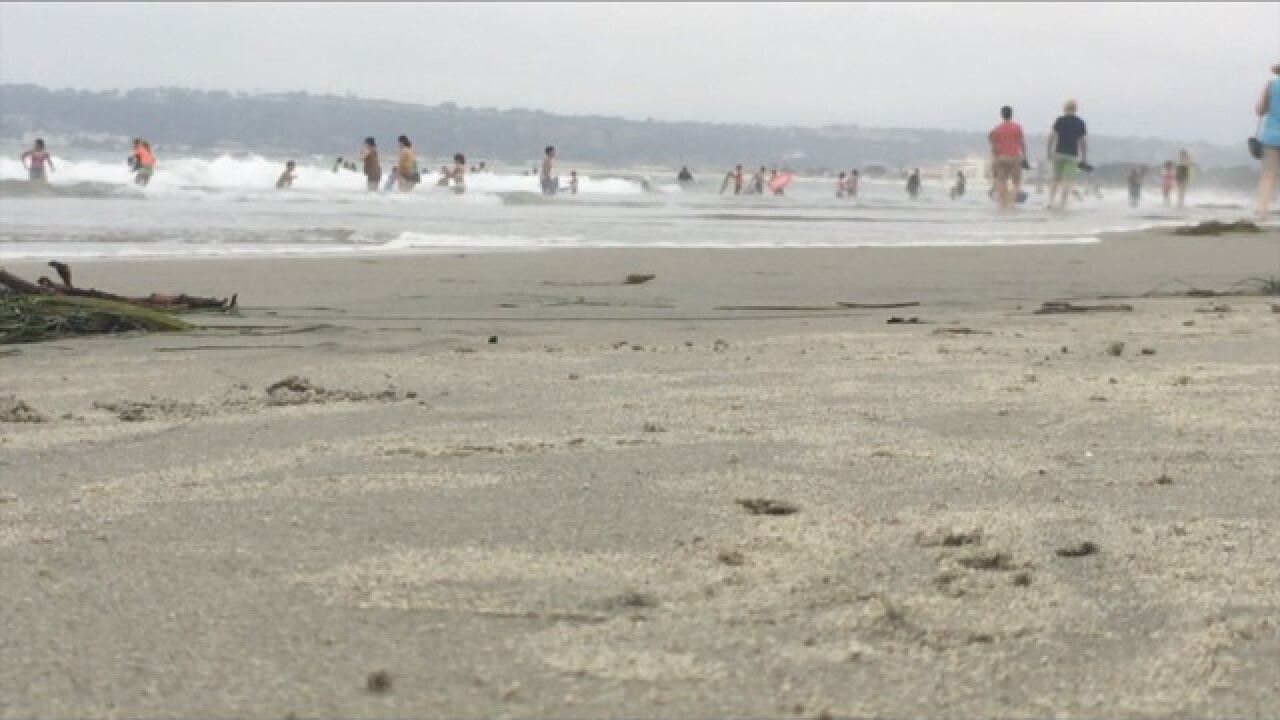 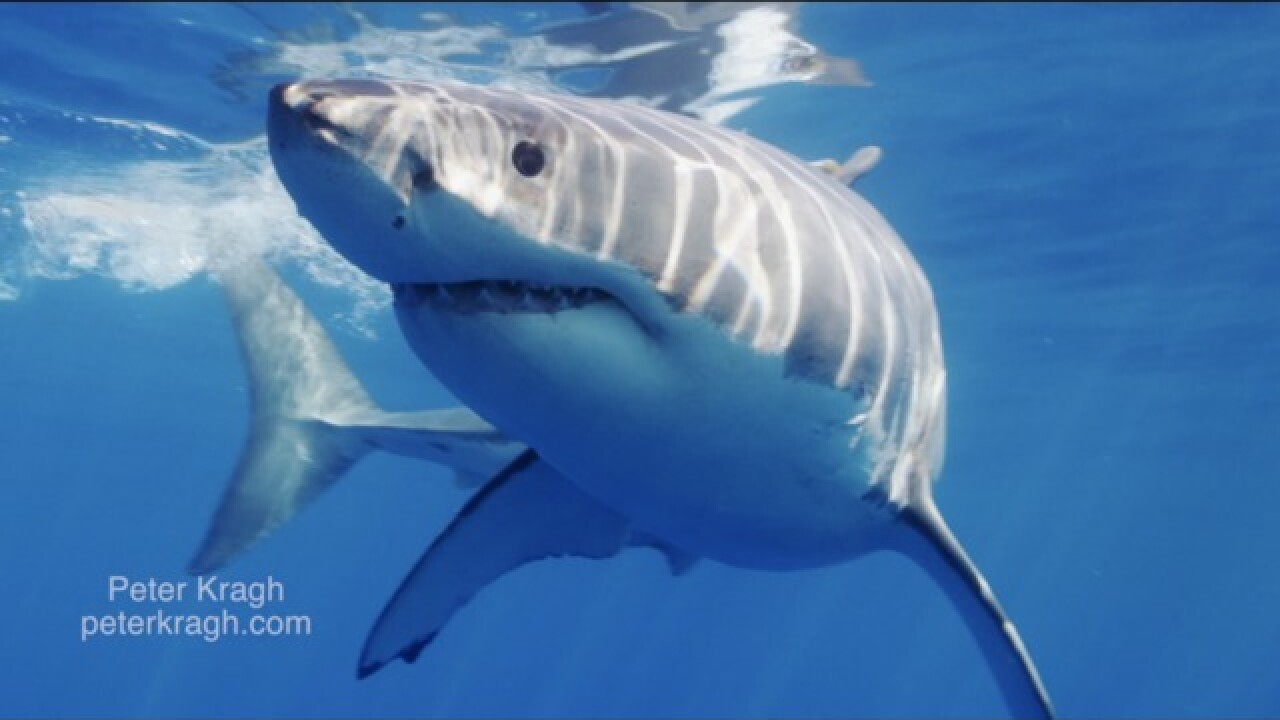 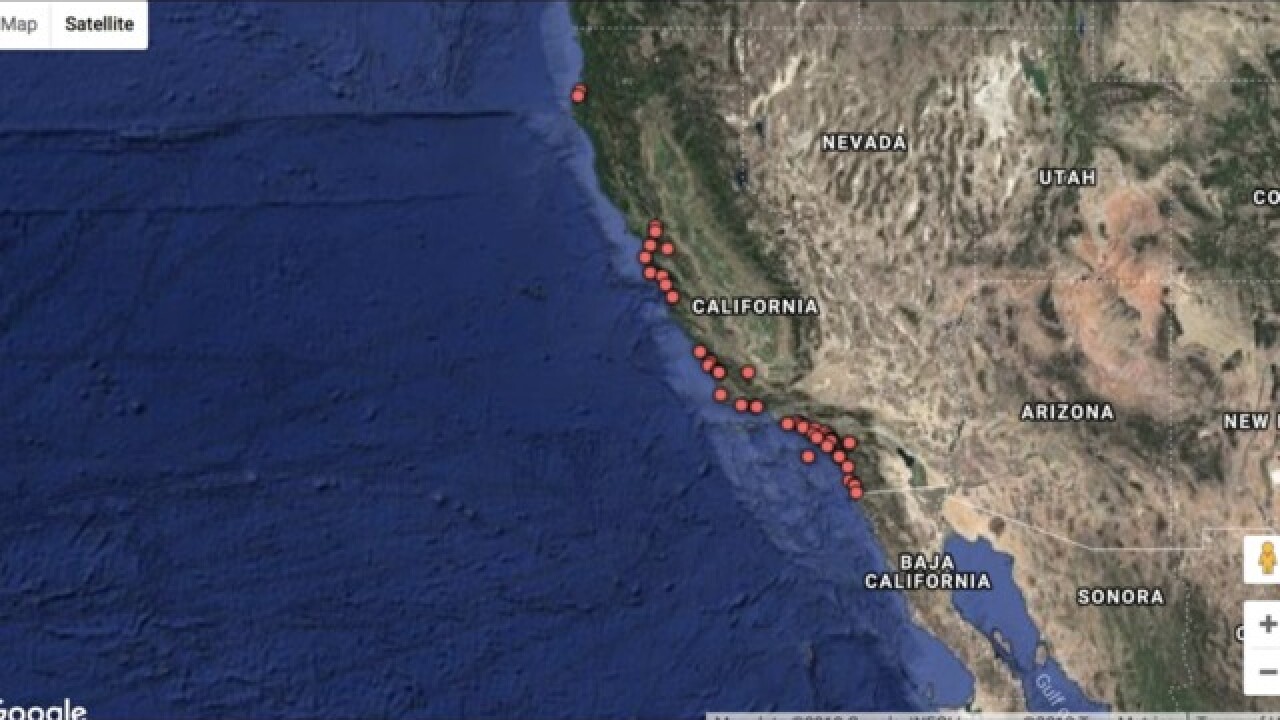 SAN DIEGO (KGTV) - A new survey shows California ranks 4th in the nation for shark attacks and, according to Florida Museum, San Diego County garnered the most shark attacks since 1926 in the state.

Last year 10News introduced you to Leanne Ericson, a Vista mother of three who was at San Onofre Beach with her boyfriend, when she was dragged underwater by a great white.

"I felt it grab me and pull me down," she said, "her piercing scream disappears under the water," her boyfriend continued.

Director of Communications at Shark Diver, Cindy Michaels, says there's great whites in the area because it's part of their migration path, "up and down the whole coast of California to the Farallon Islands in San Francisco, that's where they're mating, they're pupping they're swimming around looking for food."

The warm water during summer also brings schools of fish closer to shore, drawing sharks to feed, "typically juveniles and are ranging maybe up to eight feet."

"When a shark bites a person, from what we understand because we're not on their menu, it's out of curiosity and it's usually done by a juvenile who's not been trained by his parents what food is good to eat," Michaels said.

Tips if you go to the beach:

"Keeping eye contact with a shark is the best thing to do because they are ambush predators, so if their prey sees them, we've seen seals that can swim right in front of a great white and they won't even bother them because they've both made eye contact," Michaels said.

If you are attacked, fight like Ericson, "I just started digging at what, you know it felt like I was digging at a cup of jello," she said, referring to what she assumes was the shark's eyes.

Michaels said more sharks are in the water due to conservation efforts.