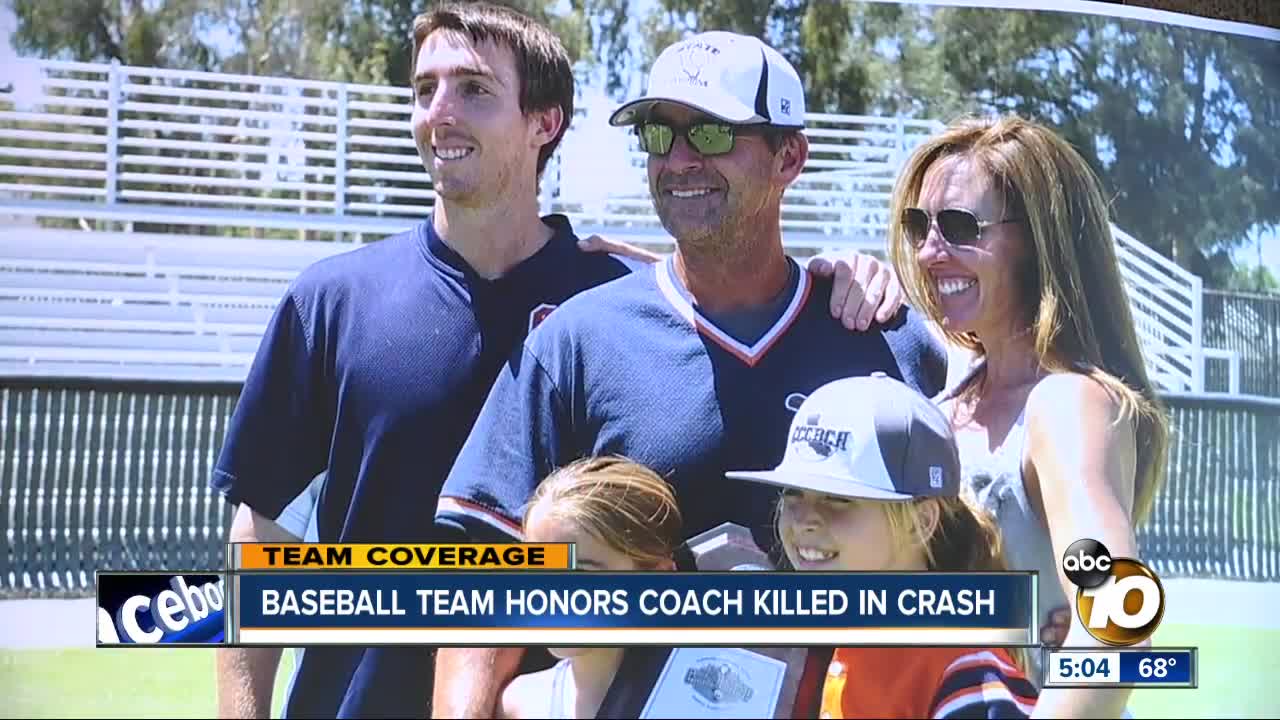 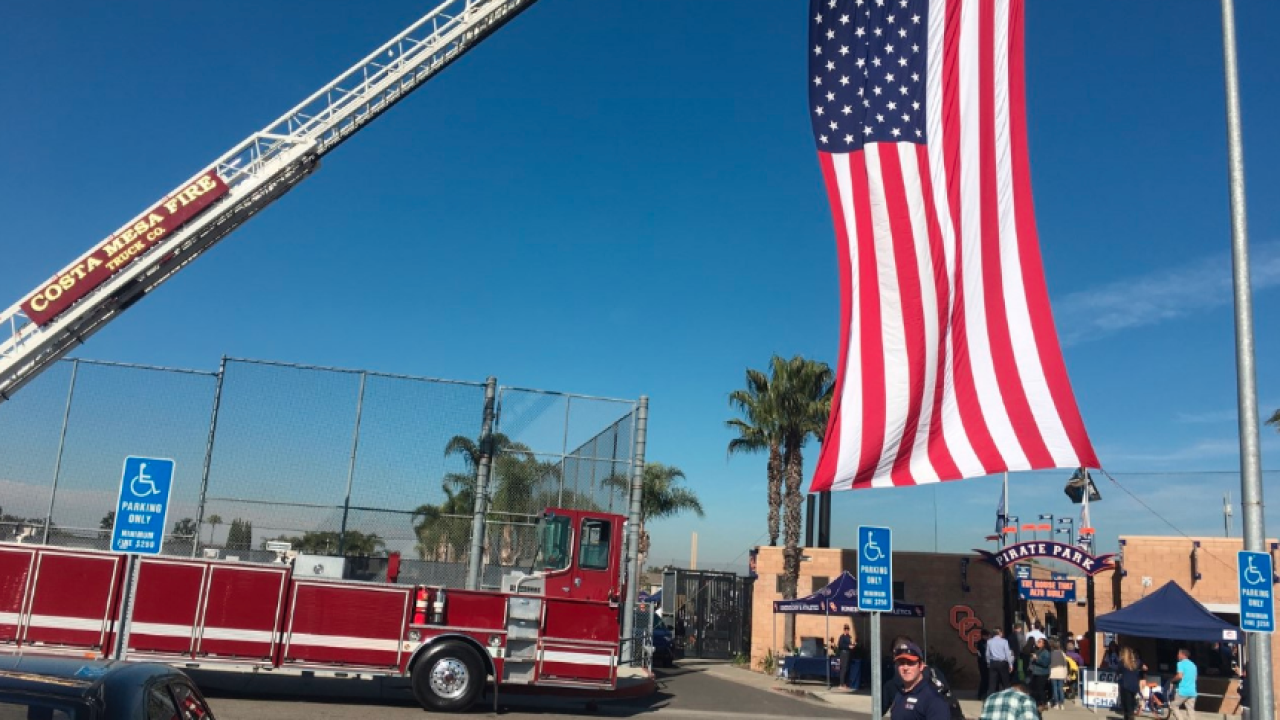 “We wear our school colors today, but today we are all Pirates,” Dinerman said.

Altobelli, who led the team to four state titles during his tenure, was among those killed Sunday when a helicopter also carrying Laker great Kobe Bryant crashed into a Calabasas hillside. "Today is Alto's favorite day, opening day,'' the Pirates' associate head coach, Nate Johnson, told the crowd as he fought back tears.

"He loved opening day and on opening day, he was always here super early. But today I beat him to the field. And it's going to be the only time that I ever do.'' Every member of the OCC team wore Altobelli's number 14 on their backs for the emotional opening game.

Altobelli died along with his wife, Keri, and their 13-year-old daughter, Alyssa. Alyssa was a teammate of Bryant's daughter, Gianna, on a youth basketball team at the former Laker's Mamba Sports Academy. The group -- a pilot and eight passengers -- were heading to the facility in Thousand Oaks for a tournament game.

Altobelli is survived by his son, J.J. and daughter, Lexi. The Orange Coast College Foundation has set up a memorial fund to support them. Donations can be made here.

"I had an umpire for today's game come up to me, I won't mention who,'' he said. "Loved my brother to death, you know. He was part of the final four last year, been around for years. He knows who I am. He gave me a big hug, told me how much he loved my brother, actually kind of broke down a little bit. It was beautiful, it was touching, and the only thing that could come into my mind was, can you imagine my brother making an umpire cry?''

John Altobelli skippered the OCC Pirates to a state championship last year and won a National Coach of the Year award from the American Baseball Coaches Association. His career record in 28 seasons was 705-474-4. His teams won four state championships and made it to the state's final four eight times.

"John Altobelli was a stand-up guy, salt of the Earth, and the best neighbor I've ever had,'' longtime friend Rich Dunn, a longtime sportswriter, told City News Service on Monday. Dunn choked up when recalling how Altobelli would make a point of stopping by at day's end to check on his neighbor and his young son, Julian, who was battling brain cancer.

"On his way home he would stop here and see how things were going,'' Dunn said. "Not every neighbor did that. But John always reached out and asked what he could do... He would always ask about Julian and what he could do. He was a wonderful neighbor and friend. He'd be so empathetic. For whatever reason, I could always talk to John. It was easy to talk to him, he was so caring and had such a big heart.''

Dunn said he spent much of Sunday at OCC with Tony Altobelli. The pair formerly worked together at the Daily Pilot newspaper. Dunn recalled how John Altobelli was a rival baseball player growing up in Orange County.

Dunn said the Altobelli family is "legendary'' in their Newport Beach neighborhood. "That family started the tradition 50 years ago'' of setting up luminarias in Santa Ana Heights for Christmas, Dunn said. Johnson, the associate head coach, will take over for Altobelli leading the team this year.