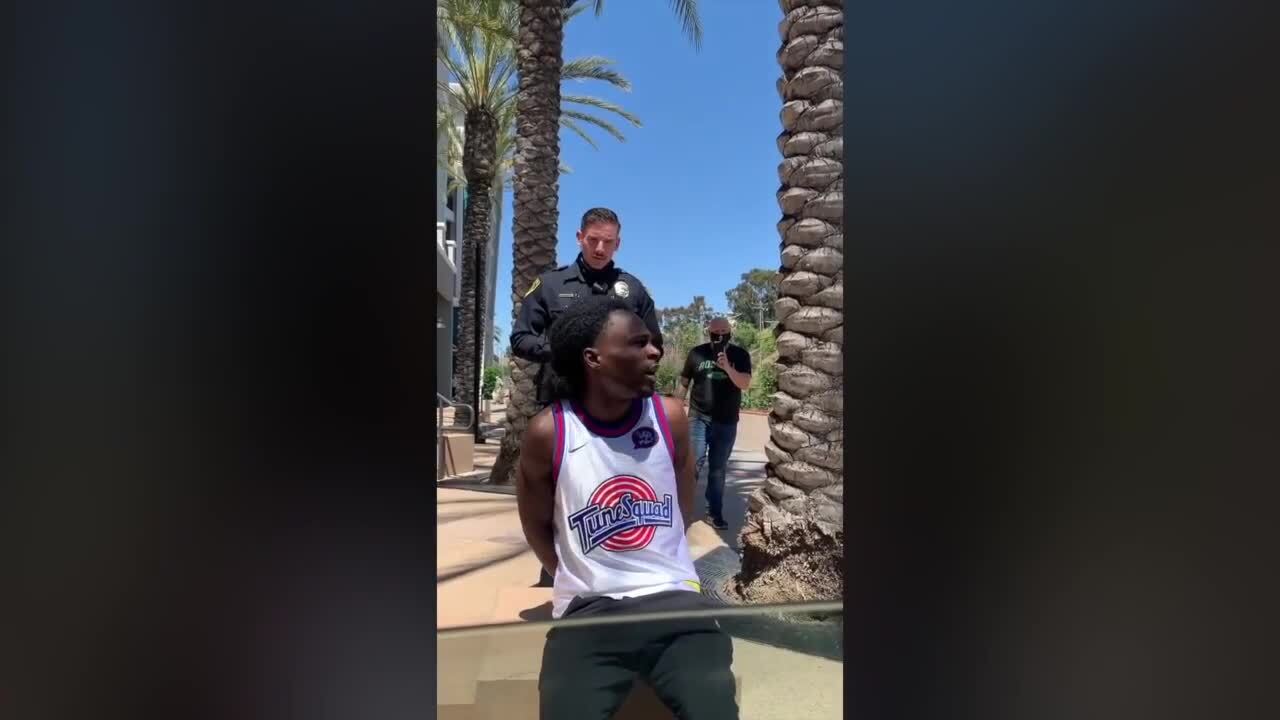 LA MESA, Calif. (KGTV) — The officer at the center of a controversial arrest filmed in La Mesa is no longer employed with the department, according to the city.

City manager Greg Humora said in a release on Friday that former LMPD officer Matt Dages is "not employed by the City of La Mesa in any capacity."

The city could not comment on whether Dages resigned or was terminated.

In June, video surfaced showing the May 27 altercation that had already started between Dages and 23-year-old Amaurie Johnson at Grossmont Trolley Station. In the video, Dages is seen pushing Johnson into a sitting position on a bench and eventually handcuffing and arresting him. Johnson was told he was being arrested for assaulting an officer.

Following the release of bodycam footage of the arrest, La Mesa Police Department said it had dropped charges against Johnson. Dages was also placed on administrative leave pending the department's investigation of the incident.

Last month, Johnson filed a lawsuit against the city, Dages, and six John Does. The lawsuit alleges arrest without probable cause, negligence, excessive force, and violence because of race. Read the full lawsuit here.

Johnson's arrest and the Memorial Day death of George Floyd in Minneapolis sparked a demonstration outside La Mesa Police Department in May. Rioters and looters later ransacked several businesses in La Mesa that night after the protest turned violent.