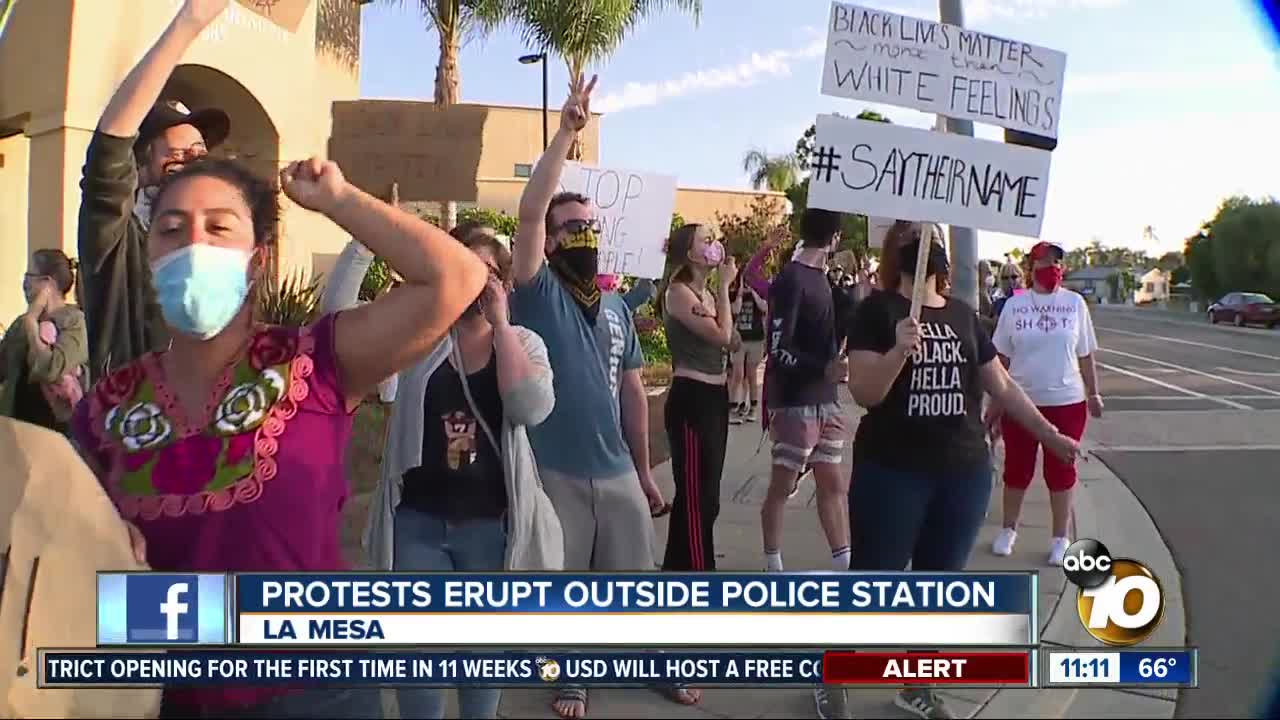 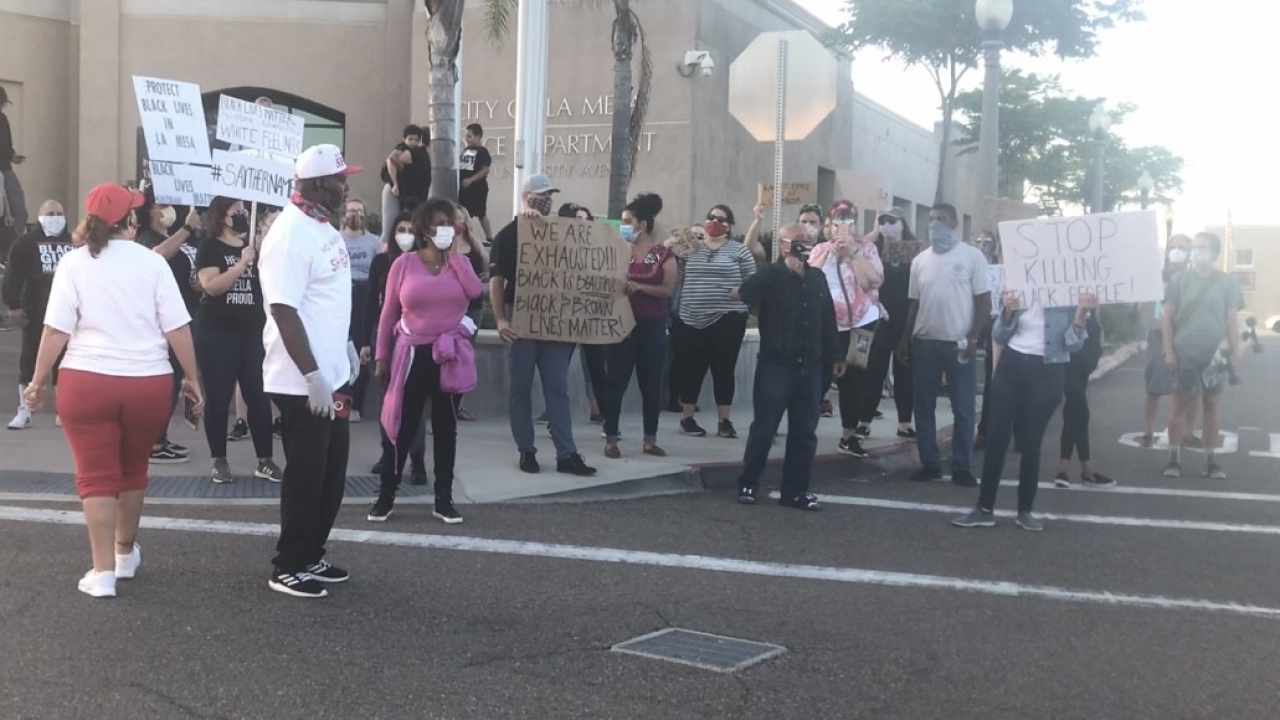 LA MESA, Calif. (KGTV) - Dozens held a demonstration outside the La Mesa Police Station Friday evening, following video of an altercation between a white police officer and a black man.

Margo Gallen-Toles organized the demonstration. She says she is not part of any organized group, but felt compelled to do something after seeing the video, and in light of what’s happening nationally, following the death of George Floyd.

“For me, it was the straw the broke the camels back,” she said. “It was never okay, but we sit in our homes and complain to our friends and do nothing, that’s not okay anymore.”

The demonstration started at the police station but then led to a march around the surrounding streets.