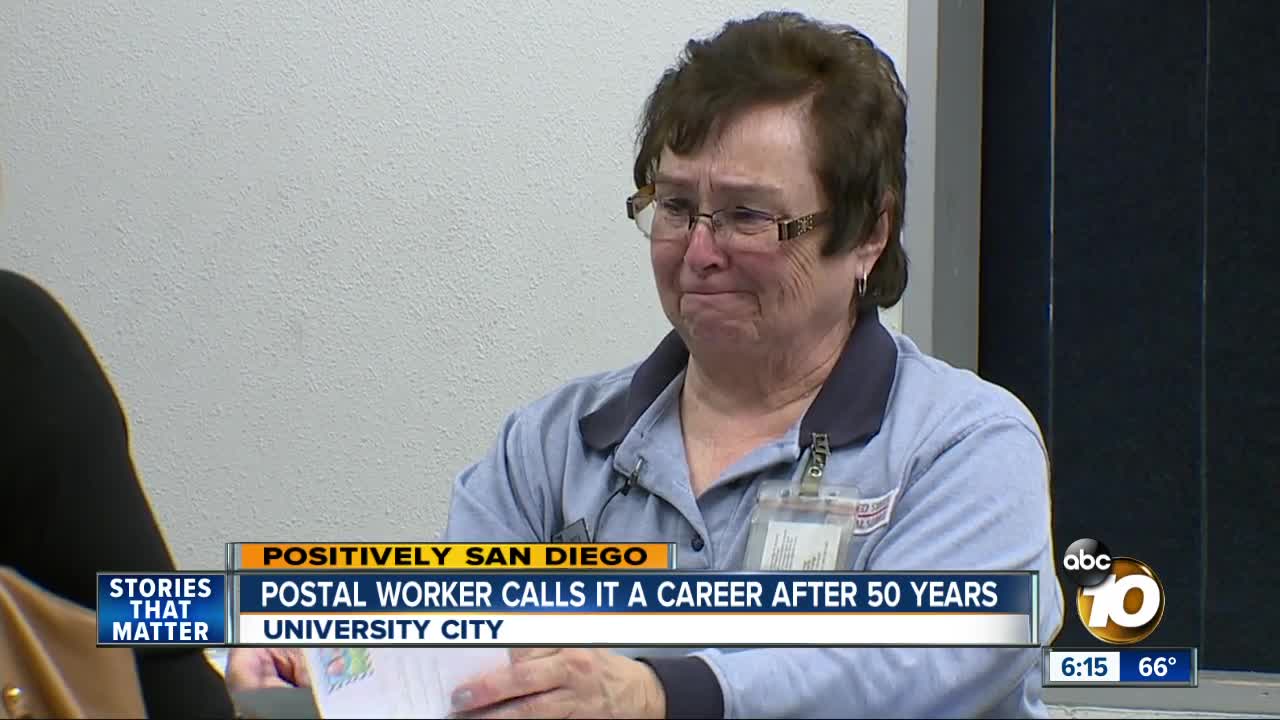 A University City postal worker, beloved in the neighborhood, is calling it a career.

SAN DIEGO (KGTV) — A University City postal worker is getting some well-earned R&R after 50 years.

Elizabeth West has worked for the postal service since she was 18. She told 10News that postal work runs in her family and her dad was the very first postal carrier in University City.

That's where the beloved employee has spent the last 35 years of her career.

Friday was her last day at work and the community and co-workers celebrated her achievement.

While it will be tough to walk away from the job she's known for half a century, West says she's excited for the next chapter of life.