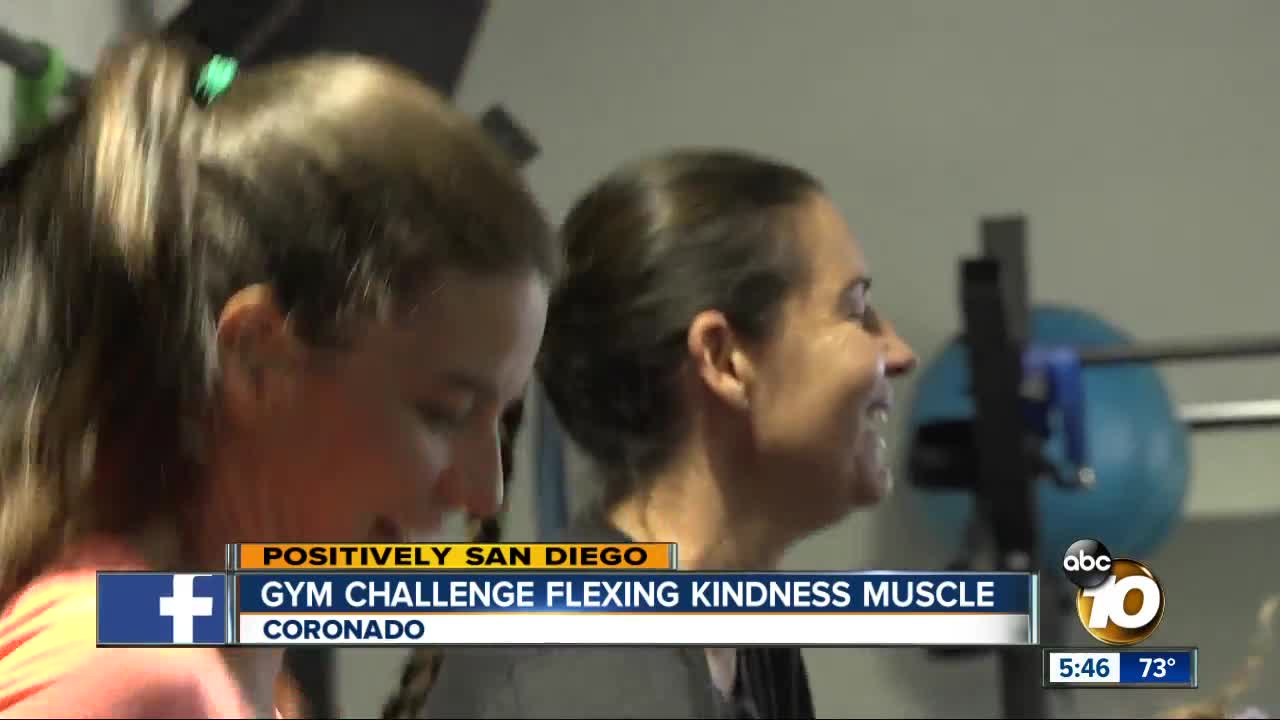 SAN DIEGO (KGTV) - A Coronado gym is taking on a novel concept, devising a bracket-style challenge involving acts of kindness.

Founder Nick Merrill grew up on Whidbey Island, north of Seattle, Washington and giving is in his blood. Merrill said his dad was a founder of Hearts and Hammers, a non-profit that helps build homes for those in need.

After college he met his wife, who shared his love of fitness. "I met my wife through working out, we started running marathons together and ended up doing some charity runs where we ran across Washington State where we earned a bunch of money for some charities in Africa, built a school, built some wells," Merrill said.

Naturally when they opened the doors of Sweat Equity in Bellevue six years ago, they wanted to marry their gym with good deeds. They opened their Coronado gym about two years ago.

Every year they have challenges to engage their members. Each March, they play off of the NCAA's March Madness bracket competition.

Each team of four earns points through workouts and "each round will have a specific random act of kindness that everyone will do," Merrill said that will earn them points as well.

In years past, it's been anything from buying a cup of coffee for someone, to putting change in an expired parking meter. One year they flexed their giving muscles pretty hard, "we brought in over 2,000 lbs of food basically in one day." Merrill said that was for Northwest Harvest in Washington.

This year they hope is their biggest year yet.

"It's so rewarding, it makes you feel so good and it makes the person you helped out feel so good," Merrill said.

The competition starts March 16 and ends April 1, with the winner receiving a trophy for their efforts.