San Diego County Fair postponed until 2021 due to pandemic 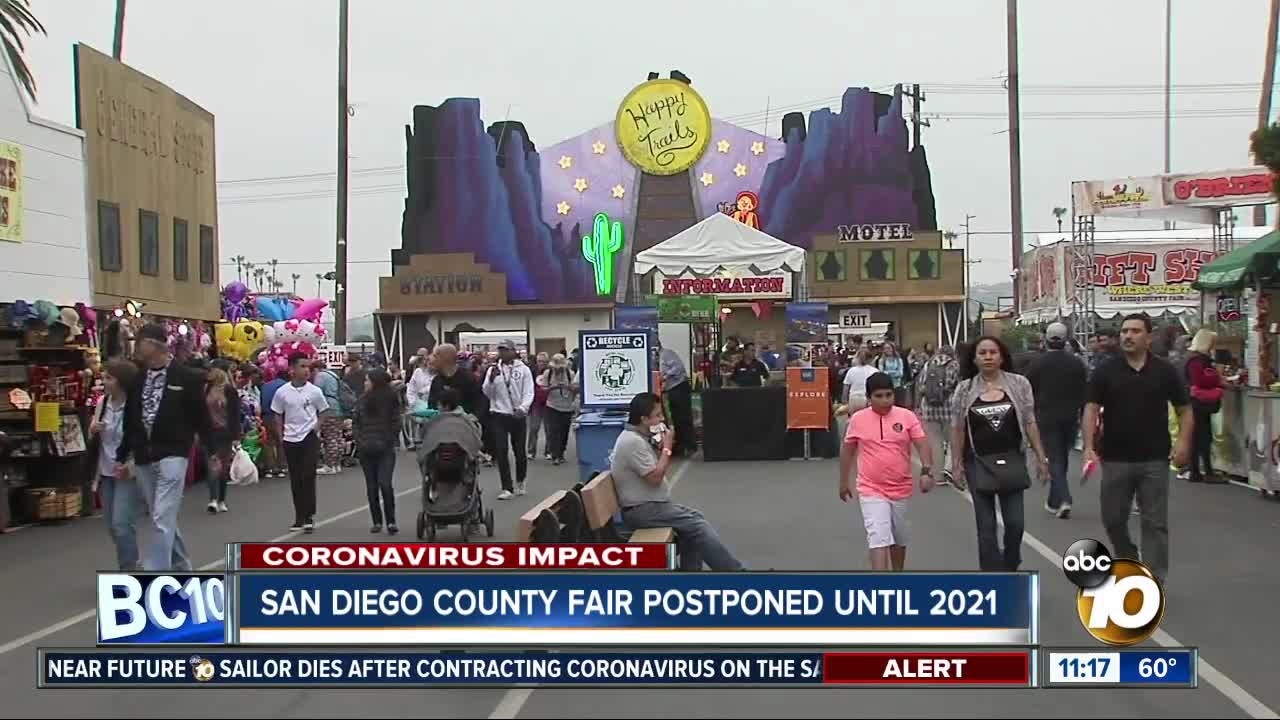 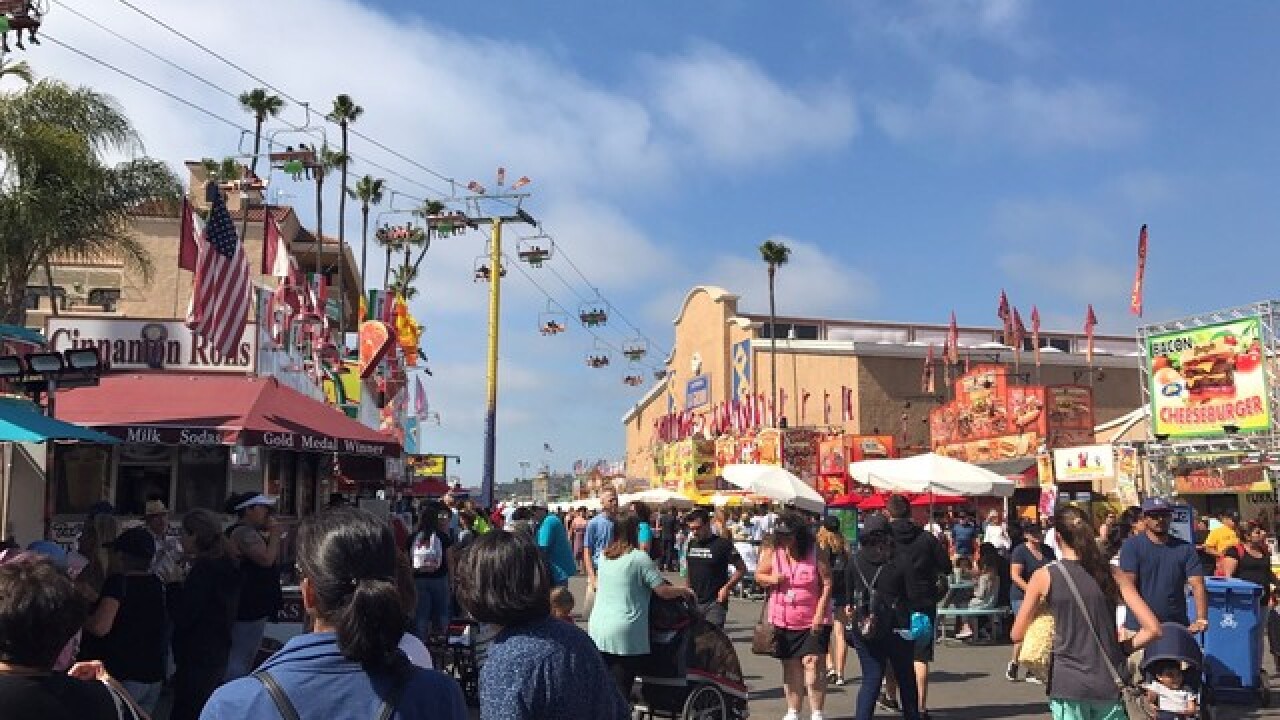 SAN DIEGO (KGTV) — The San Diego County Fair has been postponed due to the coronavirus pandemic.

Del Mar Fairgrounds' Board of Directors voted Tuesday to postponed the fair until 2021, a fair spokesperson confirmed.

The county fair was scheduled to take place June 5 to July 5. A new date for the fair has not been announced.

Newsom noted that, "the prospect of mass gatherings is negligible at best until we get to herd immunity.

"As a result of that determination from the governor's office, today staff has recommended to the board that we postpone the 2020 San Diego County Fair," 22nd District Agricultural Association board member Frederick Schenk said in a video meeting.

Fairgrounds CEO Tim Fannell said organizers had looked at possibly moving the fair's four-week scheduled to three or two weeks, but in the end recommended postponement after Newsom's recommendations Tuesday.

Fannell added that a potential fall festival could be a week to 10-day event with music, entertainment, food, and rides, "on a smaller scale, if you will, from the fair."

"We carry over our hero theme to 202, which I think is going to be very appropriate following the coronavirus episode," Fannell told board members. "In light of that, we are looking at potential dates in the fall, not necessarily for a fair, but maybe for a fall festival. Possibly after the summer race meet."

The fair's "Heroes, Unite!" theme was meant to celebrate both superheroes, but also everyday heroes throughout San Diego, including first responders, nurses and doctors, military members, volunteers, teachers, and other community members.