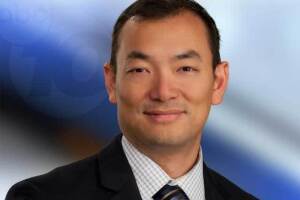 "The best part of my job is telling stories that yearn to be told."

As a reporter, Michael Chen has had the privilege of covering a wide range of those stories, from the frostbitten nights of a Wisconsin snowplow driver to the exhausting night of a firefighter during the October wildfires. His journalism dreams date back to his youth, when sitting with his family watching the news became a nightly ritual.

Another dream was sparked when Michael, working as a reporter in Green Bay, WI, was sent to cover the Super Bowl-bound Packers in San Diego. He spent an entire afternoon hanging out with a surfer wearing a giant cheesehead! After the assignment, as with most visitors, a love of San Diego was born.

In 2003, Michael traded in his Wisconsin cheesehead for sun block, and a new adventure every work day.

"Exploring issues from different angles and through a diversity of perspectives is challenging, exciting, and so rewarding."

Want to contact Michael? You can e-mail him at michael.chen@10news.com