The hype behind Millennium Falcon: Smuggler's Run at 'Galaxy's Edge' is true ... all of it 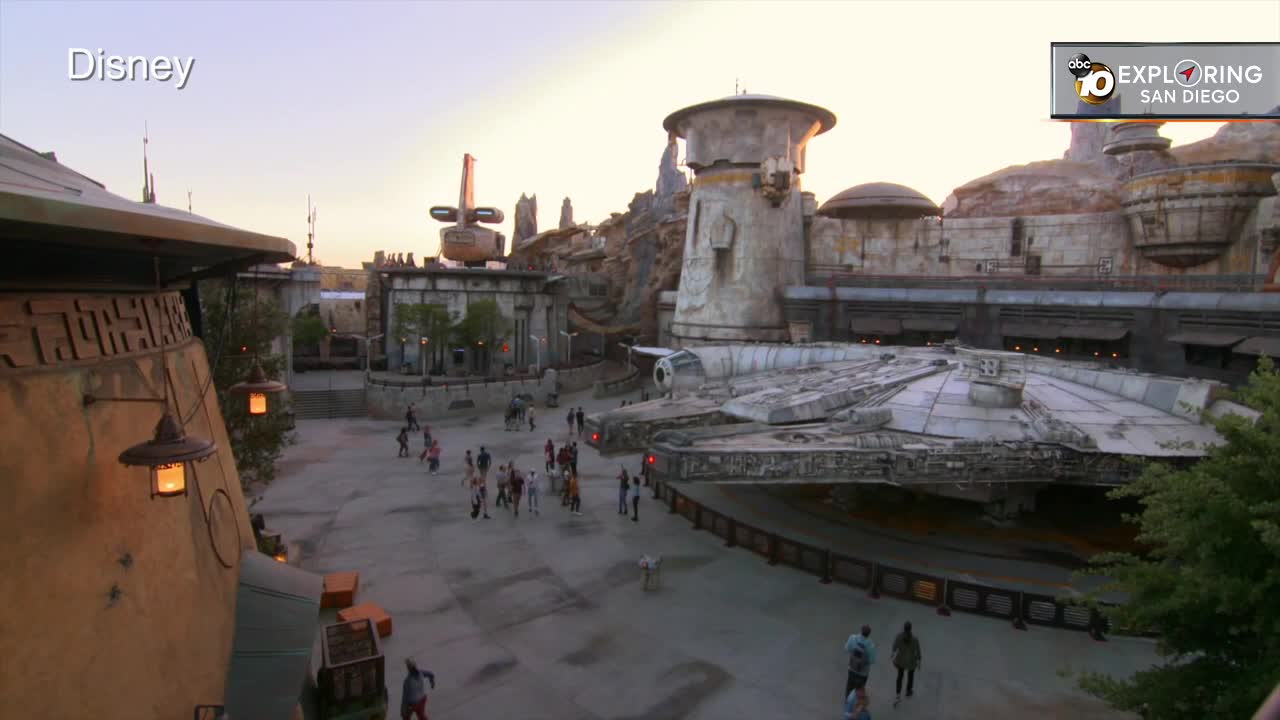 The ride opens May 31 at Star Wars: Galaxy's Edge. 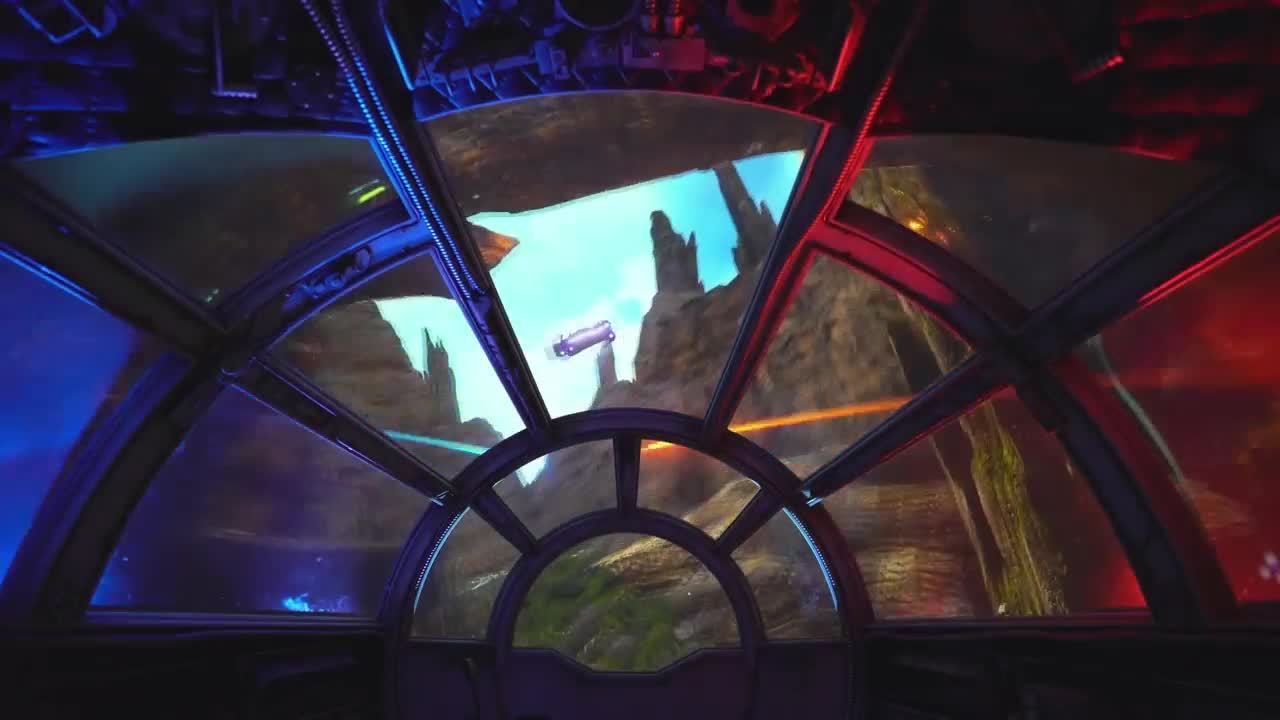 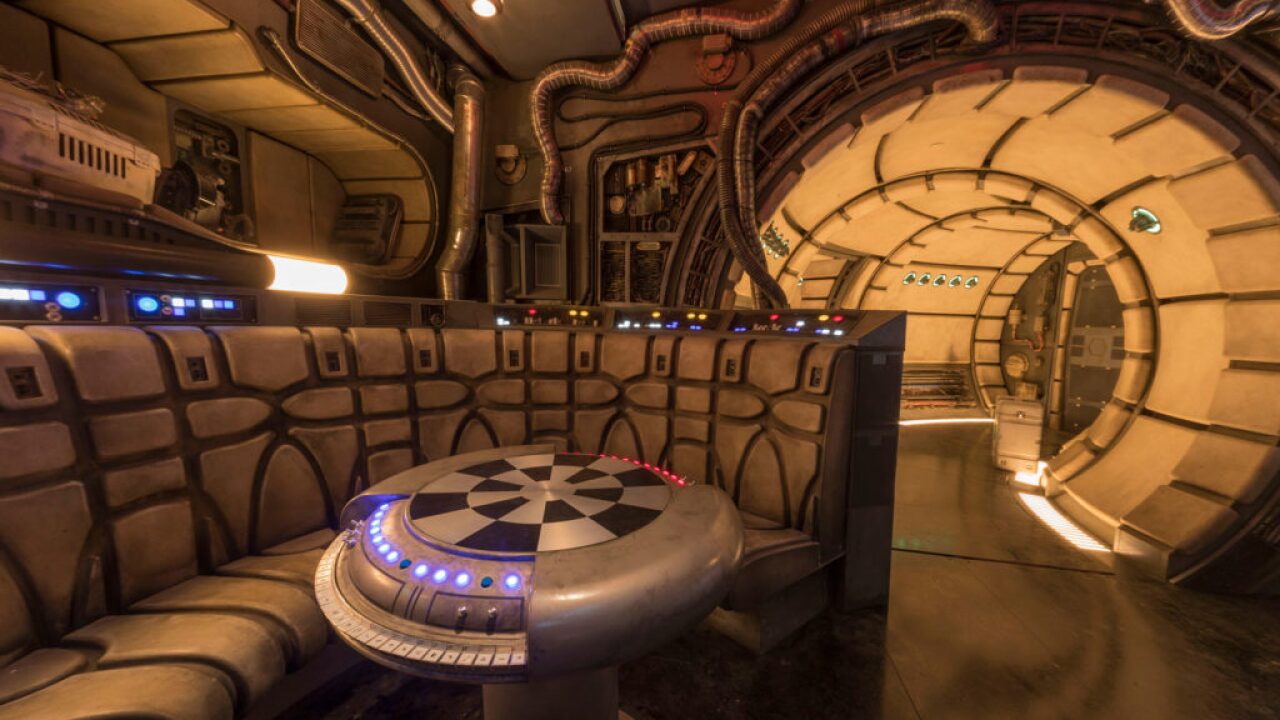 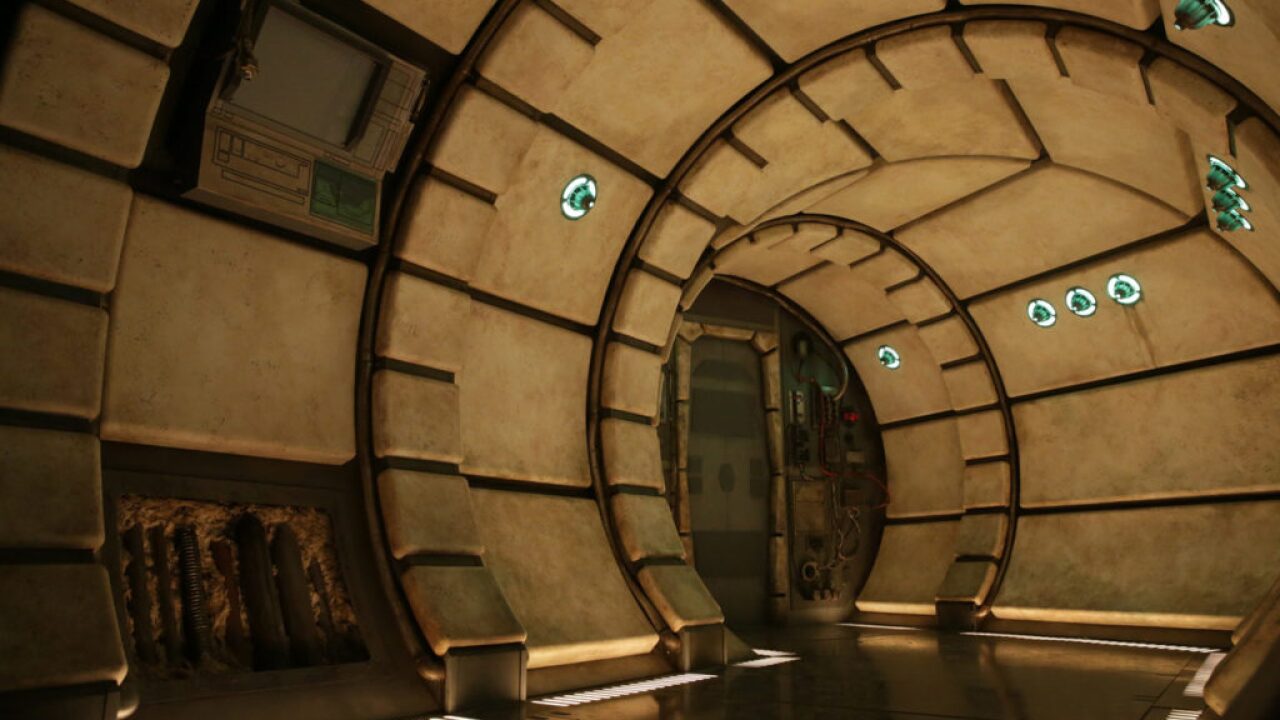 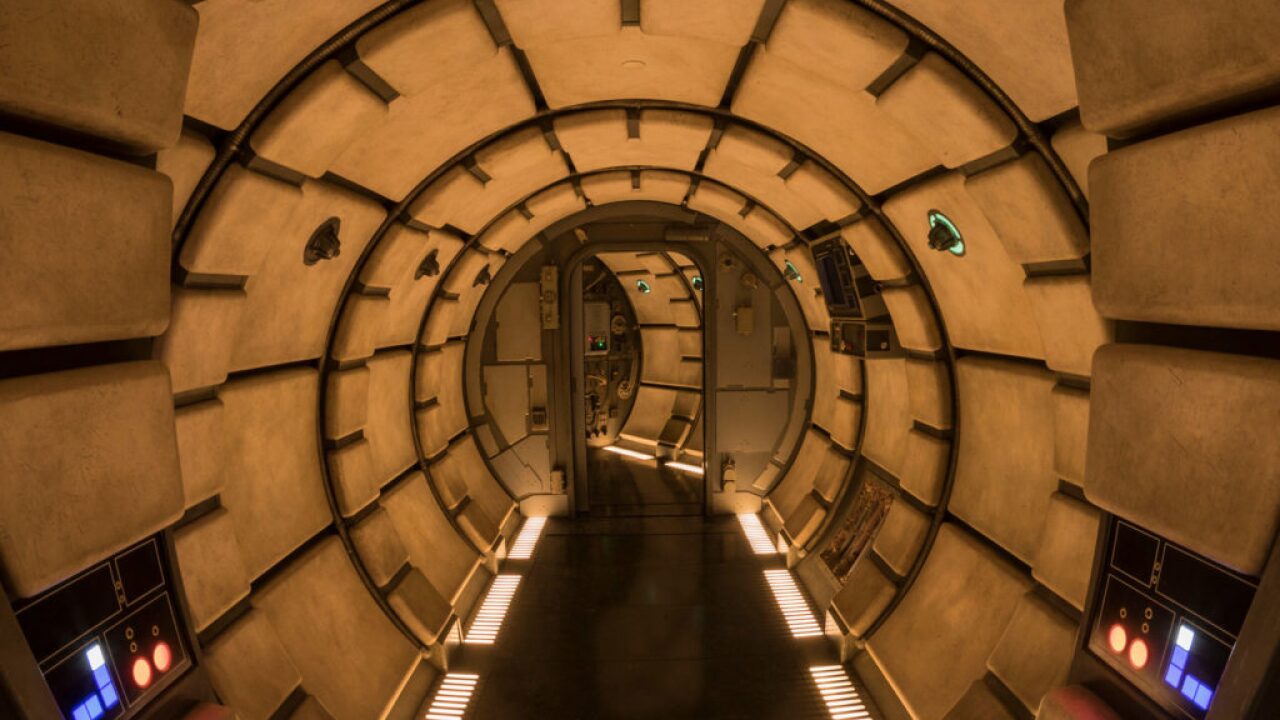 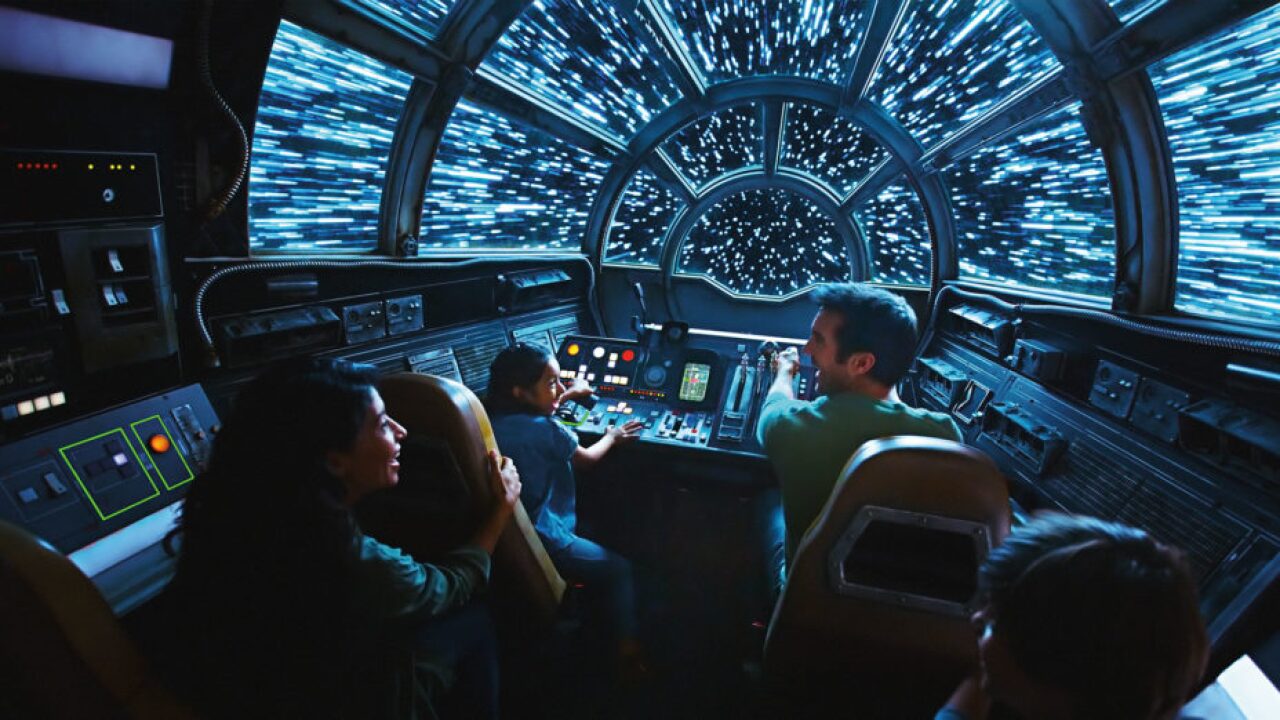 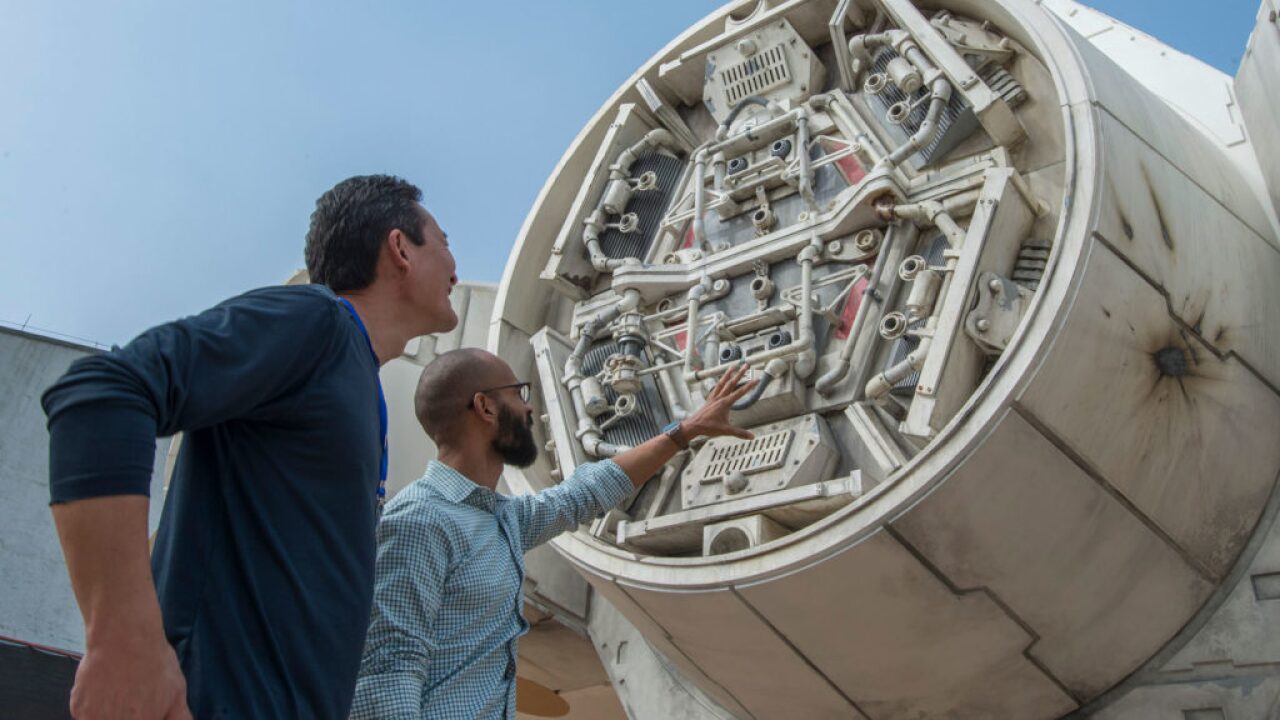 (KGTV) — Never before have "Star Wars" fans been able to sit in the pilot's seat and take on the hazards of the galaxy like they have at Disneyland.

Millennium Falcon: Smuggler's Run at "Star Wars: Galaxy's Edge" firmly sits guests in the hull of one of the most iconic ships in the universe, as they embark on a smuggling mission to bring Hondo Ohnaka some rare items for a particular clientele.

The interactive experience starts as you wait queued up in the ride's chess room, which fans will instantly recognize as the location of some of their favorite film scenes. Whatever you do while you're waiting, let the Wookie win.

There, more secrets can be uncovered for those using the Disney Play mobile app, where crates and droids can be scanned and hacked.

Up to six guests are responsible for assuming the roles of pilot, gunner, and engineer to control the Millennium Falcon. And you'd better be a cohesive unit, because your decisions affect how the ride reacts in real time as the engine thrusts the ship into hyperspace and along your adventure.

You'll be trained for your role before you take off, so don't worry about a lack of experience. Chances are, most of those on board are new to the job as well. But it's easy to pick up.

Lights will routinely point you in the right direction. If you're a pilot and need to turn, lights will indicate what buttons to press. If you're an engineer and the bucket of bolts needs some fixing from some heavy damage, lights will direct you to the knobs and switches to fix her.

And if you're a gunner, don't stop shooting TIEs.

If you're successful, you'll be rewarded knowing you accomplished the staggering feats of which you faced. Unsuccessful, and your reputation will proceed you around the land.

Those using the Disney Play app will have their results tracked by the app — and others around "Galaxy's Edge" may interact accordingly. This also means you can play against your last effort on following visits.

So if you thought you shot a lot of TIEs down on one voyage, don't let that stop you from a little improvement. Hondo will appreciate it.