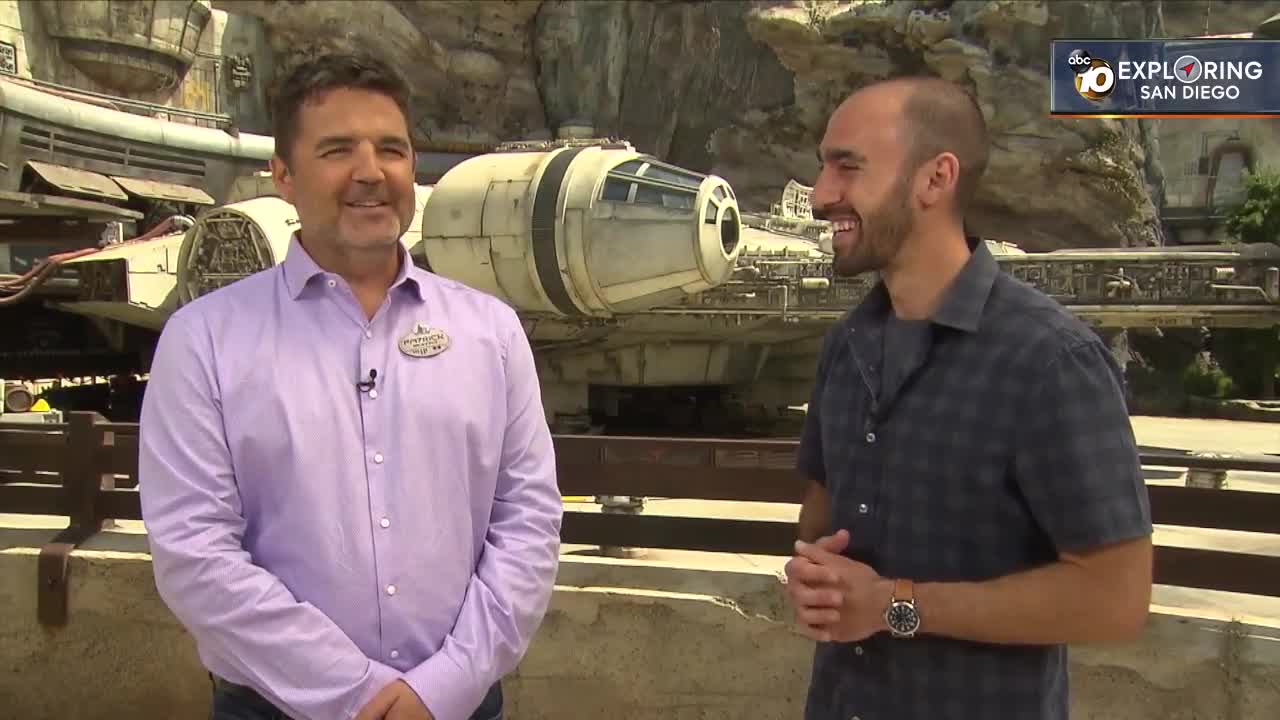 Walt Disney's Patrick Kearney dishes on the incredible recreation of the Millennium Falcon and how cast members get in on the fun at Disneyland's "Star Wars: Galaxy's Edge."

(KGTV) - Disneyland isn’t just any theme park; its charm comes from the unique touches and hidden features that engage visitors. Star Wars: Galaxy’s Edge is sure to delight fans with its ability to transport them out of this world.

10News explored the planet of Batuu and found features guests will want to experience on their first visit.

Walt DIsney Imagineers who created the new land traveled to Morocco and Turkey to experience open-air markets to create the Marketplace section of Galaxy’s Edge. They also examined George Lucas’ private archives to study artwork by Ralph McQuarrie, who helped create the look of Star Wars.

Princess Leia freshened up after her near-fatal experience in a Death Star trash compactor. Fans of her final scene look from "A New Hope" can purchase her massive silver necklace in the Den of Antiquities, one of Batuu's stores.

The devotion to authenticity is reflected in the rusty, industrial, and lived-in look of Batuu.... even down to the bathrooms.