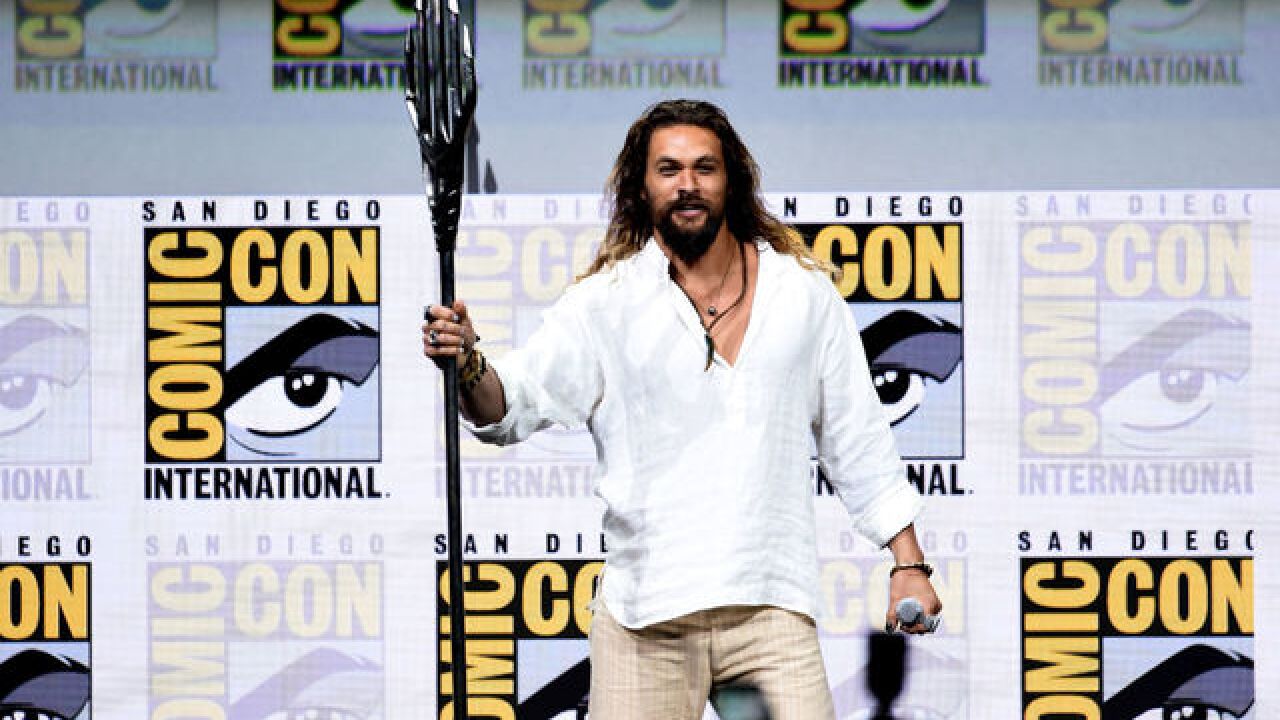 SAN DIEGO (KGTV) - Saturday at Comic-Con will be all about heroes on the big screen and TV screen.

Warner Bros. is taking over Hall H on Saturday, with fans preparing for their first look at the upcoming "Aquaman" film, and maybe even a peek at the next "Wonder Woman" flick. The studios will likely give a look at "Shazam!," "Godzilla," and "Fantastic Beasts and Where to Find Them: The Crimes of Grindelwald." They have two hours on the stage, so buckle up fans.

Elsewhere, more DC heroes are making an impact, with hit shows "Arrow," "The Flash," and "Black Lightning" each getting times in Ballroom 20.

"Deadpool 2" is even making a jump into Hall H. Even though the movie has already released, a special panel with guests is planned and an uncut screening is set for the Horton Grand later Saturday night.

On a smaller, but just as grand, scale, a panel on the fan-favorite "Batman: The Animated Series" with beloved voice actor Kevin Conroy, Q&A with Marvel Comics editor-in-chief, and Skybound Comic's top talent are scheduled:

A first look at Warner Bros. Pictures' "Aquaman," "Shazam!," and "Fantastic Beasts and Where to Find Them: The Crimes of Grindelwald" are all expected.

Oliver Queen is no longer a secret vigilante. "Arrow" stars Stephen Amell, David Ramsey, Emily Bett Rickards, Katie Cassidy, Echo Kellum, Juliana Harkavy, Rick Gonzalez and Colton Haynes and executive producer Beth Schwartz will talk about Queen's reveal to the world as The Green Arrow and what that means for the series.

Deadpool and pals head to Hall H for an hour of dirty jokes, broken fourth walls, some spandex, and special guests.

Batman: The Animated Series on Blu-Ray

Comic artist Skottie Young will lead a one-on-one interview with Marvel's new editor-in-chief C. B. Cebulski, talking about everything involved in what's next for Marvel. Ask C. B. questions in Q&A, plus, don't miss a surprise exclusive giveaway variant comic.