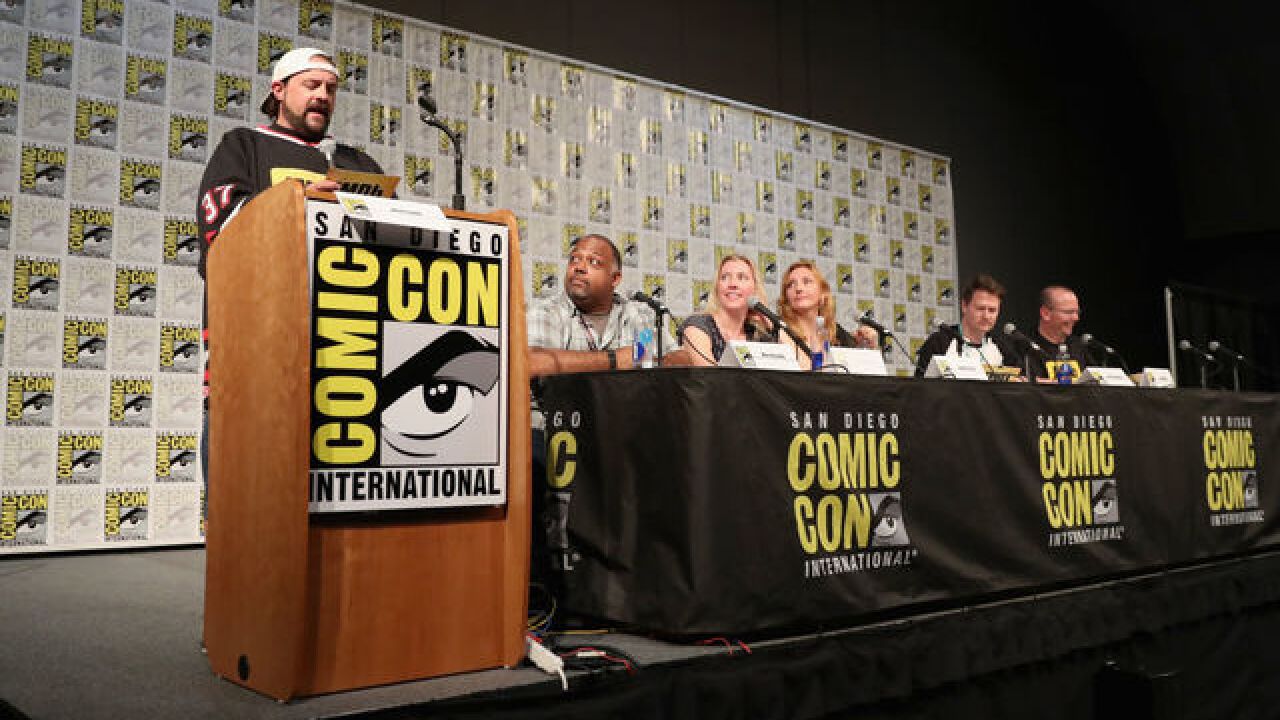 SAN DIEGO (KGTV) - San Diego Comic-Con pass holders know all too well where not to go if you're trying to avoid lines.

But with Marvel and HBO skipping out and the routine lines, many have expressed worry over whether there's anything exciting to see this year.

RELATED: Ready for a line? These SDCC 2018 are worth the wait

Short answer: Of course there is.

Look to the convention center's smaller venues and you'll likely find a cult following behind the comics, movies, and shows that don't attract the most buzz.

Many times, these are the most enjoyable panels and experiences at Comic-Con — and they won't cost you a full day in line:

(We'll be updating this list as more panels are announced.)

The Marvel Studios visual development team is bringing never-before-seen concept art and design from the past 10 years of films in this special showcase for fans.

Celebrate the 10th anniversary of "Star Wars: The Clones Wars" during this panel, celebrating six seasons of the show with supervising director Dave Filoni and “special guests” for a look back on the show.

Fans will be among the first to see Marvel's "Marvel Rising," with stars Chloe Bennet, Milana Vayntrub, Kathreen Khavari, Kamil McFadden, and showrunners.

Fans of Audience's "Mr. Mercedes," based on the thrilling Stephen King book, get a look at the show's highly anticipated second season with the cast and creators.

The folks with San Diego's 501st Legion are giving an inside look at their creative printing and modeling process that brings Stormtroopers, Tusken Raiders, Boba Fett, Jedi, and Sith to reality.

Fox will hold a premiere screening of their forthcoming series, "The Passage," with stars Mark-Paul Gosselaar, Saniyaa Sidney, Henry Ian Cusick, Jamie McShane, and series showrunners. Author Justin Cronin, whose book trilogy the show is based, will also be there.

The Last Sharknado: It's About Time

For the very last time, Sharknado twists into SDCC. Cast members Ian Ziering, Tara Reid, and Cassie Scerbo will talk about the fifth and final installment of the franchise with fans.

Catching up with Adam Savage

"MythBuster" Adam Savage is back in San Diego with a look at his upcoming Discovery Channel plans.

Based on the events of The Last Jedi, Poe stands accused of disobeying General Leia Organa and leading a mutiny aboard a resistance ship. Lawyers for the prosecution and defense, including a U.S. Army JAG attorney, will take on Poe's case in front of United States Magistrate Judge Mitch Dembin.

Fans of the The Big Bang Theory will hear from writers and producers of the show for a look at special video and how the show continues to stay fresh after 11 seasons.

Amazon's "The Man in the High Castle"

Series stars Alexa Davalos, Rufus Sewell Jason O’Mara, and Stephen Root will join showrunners to talk about the upcoming third season of the dystopian future where Nazi Germany and Japan won WWII. (And hopefully give a sneak peek of what's to come.)

Based on the hit animated Disney movie, "Big Hero 6" is now getting a TV series. Cast members Ryan Potter, Khary Payton, Brooks Wheelan, and showrunners Mark McCorkle, Bob Schooley, and Nick Filippi will be in attendance to discuss the new show.

Batman: The Animated Series on Blu-Ray

Comic artist Skottie Young will lead a one-on-one interview with Marvel's new editor-in-chief C. B. Cebulski, talking about everything involved in what's next for Marvel. Ask C. B. questions in Q&A, plus, don't miss a surprise exclusive giveaway variant comic.

Join “The Simpsons” creator Matt Groening, producer Al Jean, director Mike Anderson, and actress Tress MacNeille will be on hand to discuss the shows upcoming 30th season and have some prizes to bring along.

The cosplay continues even on the last day of SDCC. Guest judges from some of Cartoon Network's most popular shows will be on hand to award exclusive prizes and share exclusive video.

The Science of Westworld: Violent Insights

Doctors and authors delve into the complicated world of Westworld to discuss human nature and what makes people tick when it comes to Westworld and real-life role-playing.

"Bizarre States" host Jessica Chobot, Andrew Bowser, and a surprise panelist bring their popular podcast in which they explore the mysteries of the weird, supernatural, and occult, to SDCC.

Illustrator and comic book historian Arlen Schumer takes "Black Panther" fans on a history tour of how the Marvel Comics character was created and how he is and isn't reflected in the 2018 hit film.