San Diego Comic-Con 2018 panels worth the wait in line 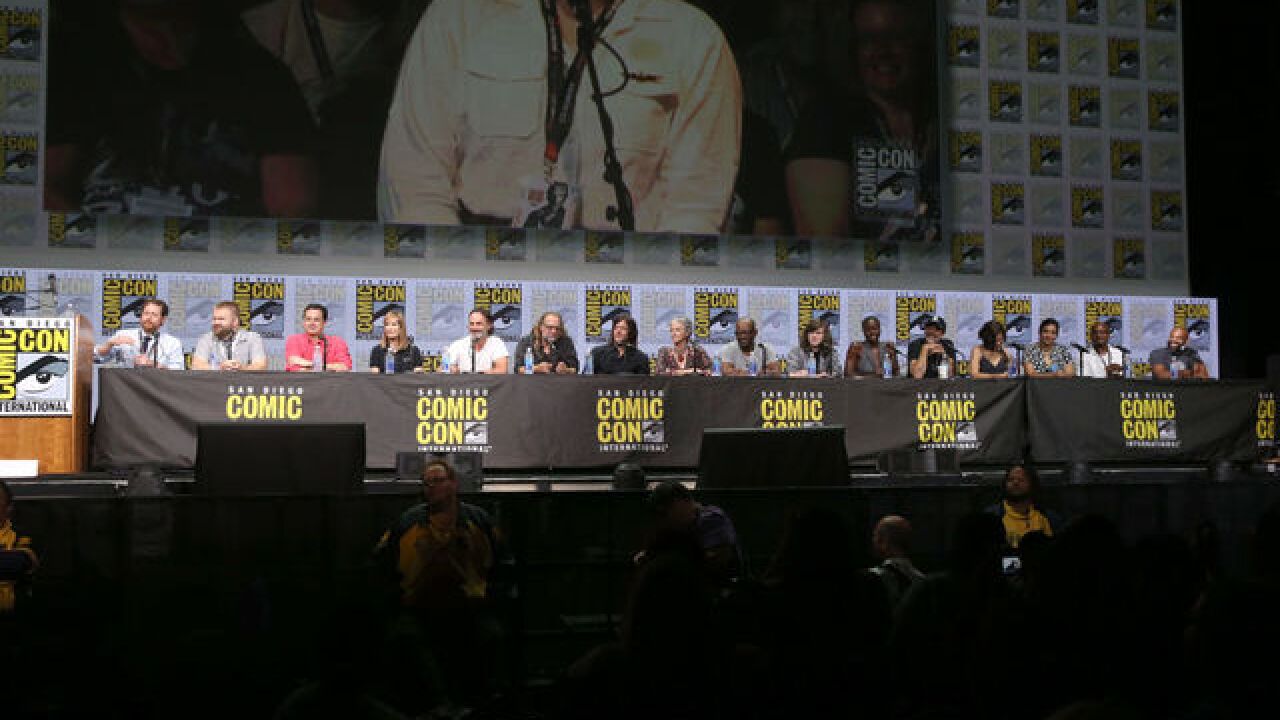 SAN DIEGO (KGTV) - There are some San Diego Comic-Con panels that are just too exciting and surprising for fans to miss.

It's part the thrill of the wait (sometimes lasting days) and part the magic brought only to those select fans who make it inside the convention center.

Those are the SDCC panels that leave fans talking. This year will prove to be the same, even with heavy hitters Marvel and HBO skipping out on the fun.

RELATED: Panels that are just as fun — and probably won't keep you in line overnight

Hall H will see some of the most anticipated movies visit, including Aquaman, Halloween, and The Predator. And those shows that fans routinely binge, including The Walking Dead, Doctor Who, and Iron Fist all plan to give fans a show as well.

Whether you're going to SDCC for the panels or not, expect some big news from these presentations:

(We will continue updating this list as panels are announced.)

Marvel TV is bringing fans an exclusive look at season two of “Marvel’s Iron Fist” on Netflix. Executive producer Jeph Loeb has been confirmed, as well as "surprise guests."

"Doctor Who" will introduce the 13th Doctor, played by Jodie Whittaker. The panel will be the cast’s first-ever panel appearance ahead of the Doctor Who premiere. Whittaker will be joined by Doctor Who co-stars, Tosin Cole and Mandip Gill, showrunner Chris Chibnall and executive producer Matt Strevens.

After being saved from near cancelation, Brooklyn Nine-Nine is back and coming to SDCC with a look at the series with fans.

Marvel Games is bringing gaming action to Hall H this year, with a special presentation of its much-anticipated releases of Marvel's Spider-Man, Powers United VR, and Battle Lines games.

Sony: Venom and Spider-Man: Into the Spider-Verse

Sony Pictures is giving two exclusive looks at their upcoming "Spider-Man" films, with filmmakers and talent from "Venom" and the creators of "Spider-Man: Into the Spider-Verse."

Vikings has a following much like actual Vikings. Fans will joins series creator Michael Hirst and stars Katheryn Winnick, Clive Standen, Alexander Ludwig, Alex Høgh Andersen, and Georgia Hirst to dish about the next season of the History channel show.

A first look at Warner Bros. Pictures' "Aquaman," "Shazam!," and "Fantastic Beasts and Where to Find Them: The Crimes of Grindelwald" are all expected (and at least some of the cast to go along.)

Oliver Queen is no longer a secret vigilante. "Arrow" stars Stephen Amell, David Ramsey, Emily Bett Rickards, Katie Cassidy, Echo Kellum, Juliana Harkavy, Rick Gonzalez and Colton Haynes and executive producer Beth Schwartz will talk about Queen's reveal to the world as The Green Arrow and what that means for the series.

Deadpool and pals head to Hall H for an hour of dirty jokes, broken fourth walls, some spandex, and special guests.

Fans will get a look at season 3 of the hit FX show, “Legion,” with producers John Cameron, Jeph Loeb, and Nathaniel Halpern, plus cast members.

"Riverdale" fans won't want to miss out on Hall H Sunday when series stars and producers dish on season 3 of the show with exclusive video.