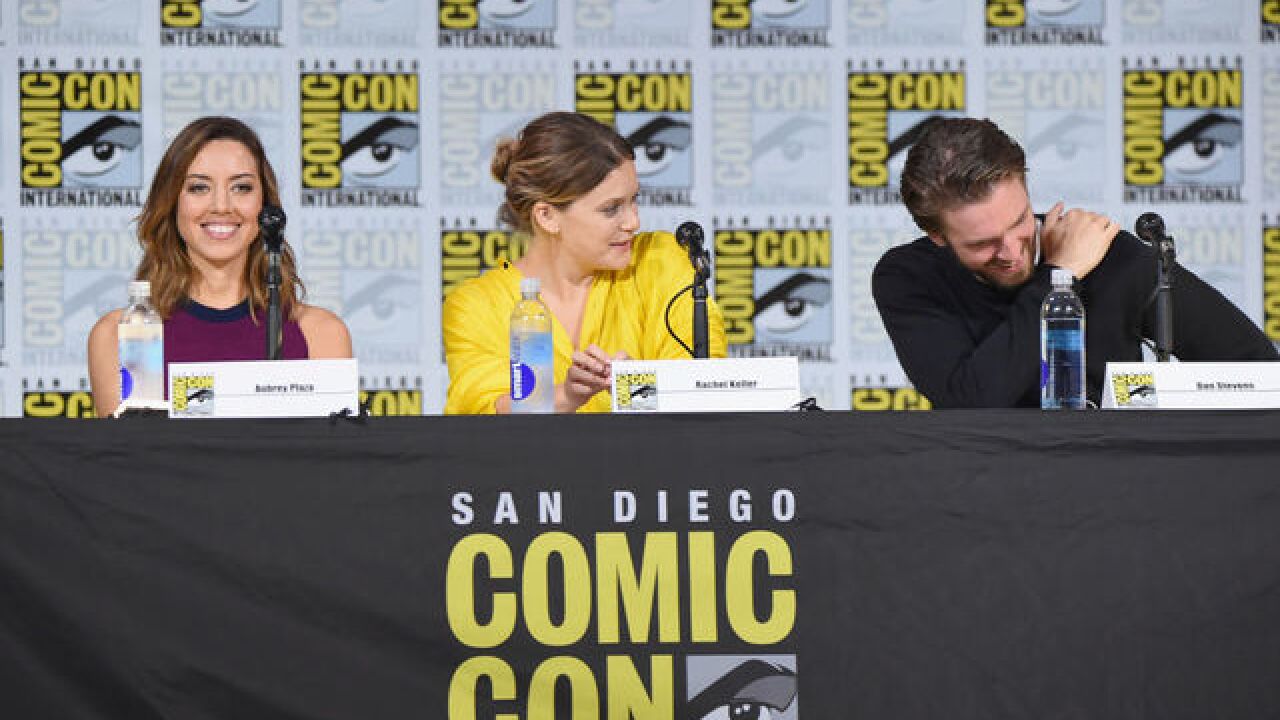 SAN DIEGO (KGTV) - San Diego Comic-Con will break for another year on Sunday, but not before trotting out some fan-favorite shows and comic panels for fans.

While arguably the slowest day of the convention, SDCC's Sunday is set to keep fans enticed with Hall H panels featuring FX's "Legion" and "Sons of Anarchy" spinoff, "Mayans MC."

Also slated are "Riverdale" and "Supernatural" panels, both of which have amassed a cult-following of viewers.

SDCC attendees may also want to check out Cartoon Network's "Best Summer Ever Costume Ball," a "Science of Westworld" discussion for fans (especially those upset the show is skipping this year), and a session with Marvel Comics' "X-Men" writers and artists.

Fans will get a look at season 3 of the hit FX show, “Legion,” with producers John Cameron, Jeph Loeb, and Nathaniel Halpern, plus cast members.

"Riverdale" fans won't want to miss out on Hall H Sunday when series stars and producers dish on season 3 of the show with exclusive video.

The cosplay continues even on the last day of SDCC. Guest judges from some of Cartoon Network's most popular shows will be on hand to award exclusive prizes and share exclusive video.

The Science of Westworld: Violent Insights

Doctors and authors delve into the complicated world of Westworld to discuss human nature and what makes people tick when it comes to Westworld and real-life role-playing.