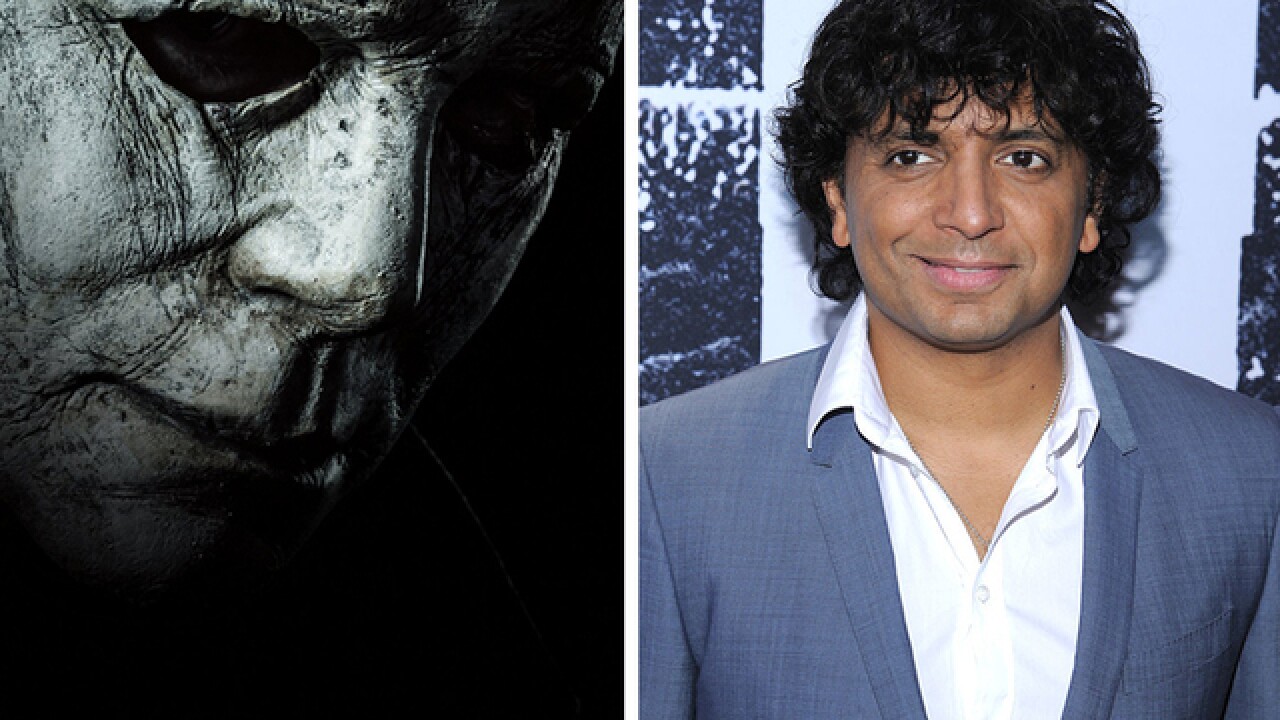 SAN DIEGO (KGTV) - Michael Myers is back, and this time his dead-eye gaze is focused on the San Diego Convention Center.

Universal Pictures will showcase their upcoming "Halloween" installment to San Diego Comic-Con International next month, along with Blumhouse's "Glass," directed by M. Night Shyamalan, according to reports .

And the two films will get the grandest SDCC stage of them all: Hall H on Friday, July 20. It's not clear who will show up, but Shyamalan is expected to appear.

James McAvoy, of "Glass," said he'll be at the panel including "a whole horde" of cast members, including possibly Jamie Lee Curtis for "Halloween," and Bruce Willis and Samuel Jackon for "Glass."

"Halloween," is set to continue after the events of the original 1978 film, with Curtis reprising her role as Laurie Strode. The film will also star Judy Greer, Andi Matichak, and Will Patton.

Shyamalan tweeted out the first poster for the movie Friday:

But if you need your #GlassMovie fix before July 20th, here’s the world premiere of our teaser poster. pic.twitter.com/HsMa0bzR7N

"I’m so excited to tell you that ["Glass"] will be at #ComicCon. I will be in Hall H on July 20th with the cast! You can expect a surprise as well…" he tweeted .

10News will be live from SDCC 2018! Follow along with all the latest reveals on  Facebook  and 10News'  Comic-Con page .

But if you need your #GlassMovie fix before July 20th, here’s the world premiere of our teaser poster. pic.twitter.com/HsMa0bzR7N