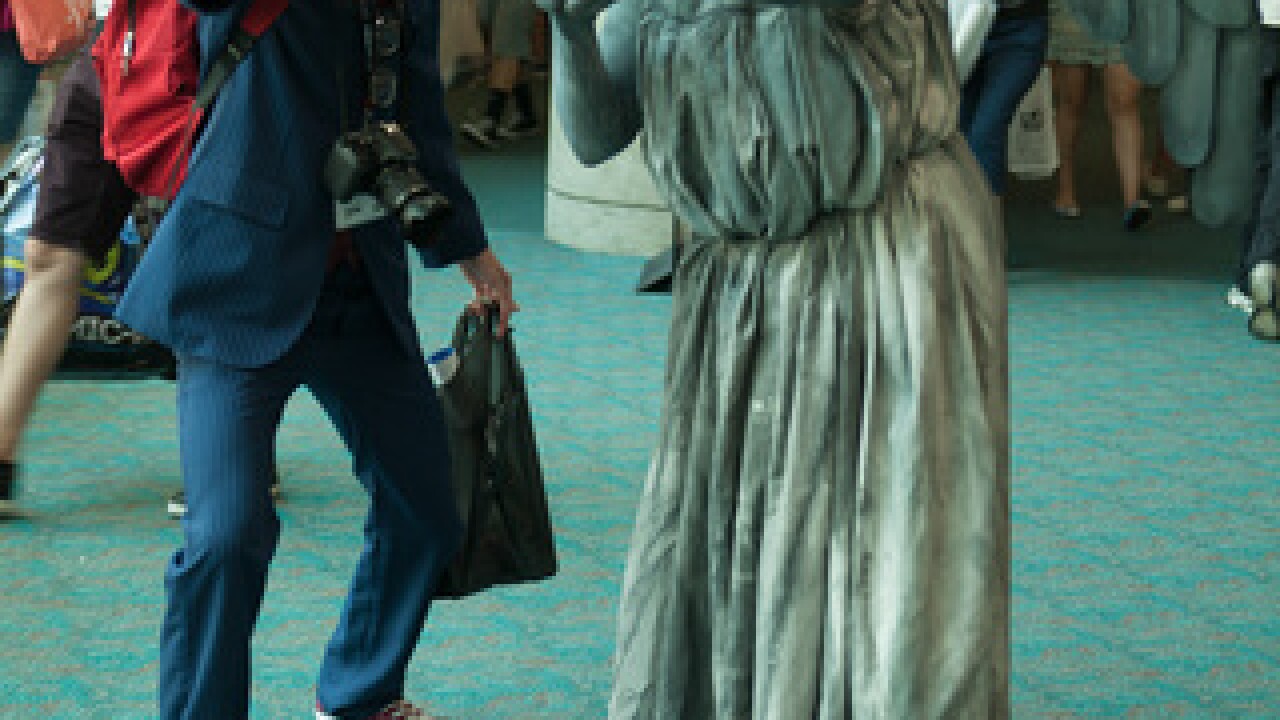 SAN DIEGO (KGTV) - Comic-Con fever has begun as the convention has started to unveil its programming lineup, announcing its July 19 schedule Thursday.

Comic-Con organizers have remained tight-lipped about what's in store for its panels, but that hasn't stopped networks, film studios, and comic publications from revealing their plans ahead of time.

Thursday starts SDCC 2018 with a bang, bringing Doctor Who, Fox's "The Predator," and a 10th-anniversary reunion of the cast of AMC's "Breaking Bad" all to the big Hall H stage.

But there are plenty of smaller stage panels that are just exciting in store as well. "Brooklyn Nine-Nine," which was nearly canceled earlier this year, is coming to SDCC as well as Marvel Studios. While Marvel isn't hitting Hall H, it's bringing a look back at its 10 years of films to town.

Here are some favorites to check out:

"Doctor Who" will introduce the 13th Doctor, played by Jodie Whittaker. The panel will be the cast’s first-ever panel appearance ahead of the Doctor Who premiere. Whittaker will be joined by Doctor Who co-stars, Tosin Cole and Mandip Gill, showrunner Chris Chibnall and executive producer Matt Strevens.

Marvel TV is bringing fans an exclusive look at season two of “Marvel’s Iron Fist” on Netflix. Executive producer Jeph Loeb has been confirmed, as well as "surprise guests."

After being saved from near cancelation, Brooklyn Nine-Nine is back and coming to SDCC with a look at the series with fans.

The Marvel Studios visual development team is bringing never-before-seen concept art and design from the past 10 years of films in this special showcase for fans.

The folks with San Diego's 501st Legion are giving an inside look at their creative printing and modeling process that brings Stormtroopers, Tusken Raiders, Boba Fett, Jedi, and Sith to reality.