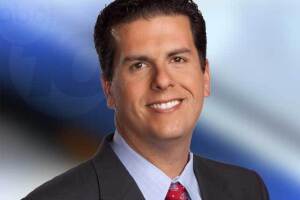 "I'm a lifelong San Diego sports fan, and that puts me in some great company."

Being a part of the 10News sports team is a dream come true for BenHiggins.

The graduate of Torrey Pines High School has been a die-hard sports nut his whole life, growing up with the Padres, Chargers, Aztecs, Toreros, Gulls, Sockers, and even the Clippers, attending dozens of games every year. One of his favorite memories is attending Game 5 of the NLCS at Jack Murphy Stadium, and seeing the Padres beat the Cubs to advance to their first World Series.

Ben decided to pursue his passion straight out of Pomona College, when he joined XTRA Sports 690 radio in 1997. Three years later, he was chosen to co-host San Diego Padres Pre- and Post-Game Shows on AM 600 KOGO. During Spring Training 2003, Ben showed off his play-by-play skills, working alongside the legendary Jerry Coleman.

He first joined the 10News sports team in 2002, and was part of the station's special coverage leading up to Super Bowl XXXVII at Qualcomm Stadium.

In addition to his nightly coverage at 6 p.m. and 11 p.m., Ben has hosted several 10News specials, including four trips to Williamsport, Pa., to cover the Little League World Series in 2005 and 2009, 2013, and 2015. Covering the championship team from Park View Little League in Chula Vista is one of his all-time favorite stories.

In addition to his television work, Ben is co-host of the top-rated radio morning show, "Ben and Woods" on the Padres flagship station, 97.3 The Fan. He previously hosted sports-talk radio shows on The Mighty 1090 and on XTRA Sports 1360, and has served as one of the radio play-by-play voices voices for USD football, USD basketball, and SDSU baseball.

Ben, his wife Sheli, and their two sons Jack and Graham, live in Encinitas. In his spare time, Ben is an avid golfer, carrying a single-digit handicap.