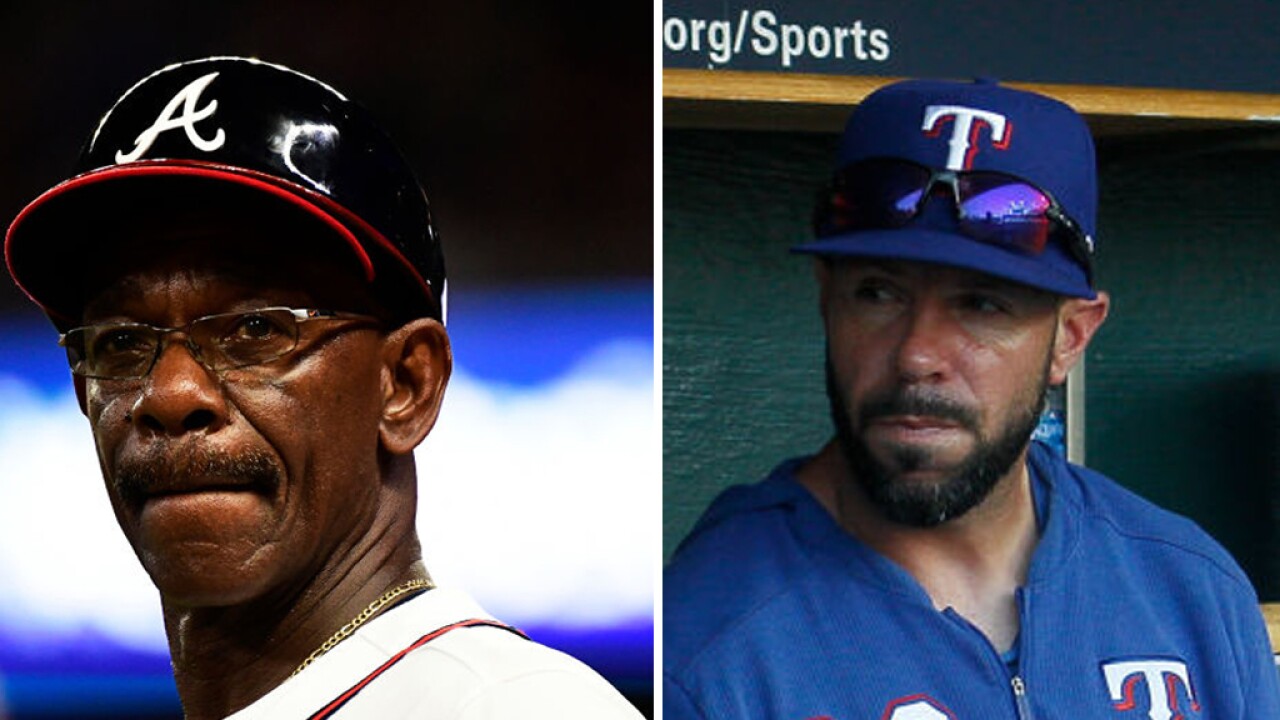 Duane Burleson/Getty Images
Ron Washington, left, and Jayce Tingler, right, are said to be the top two candidates to lead the San Diego Padres as manager in 2020. (Photo by Getty Images)

The first is 38-year-old Jayce Tingler, who has worked in a variety of coaching and front office roles with the Texas Rangers, but has no Major League managerial experience.

The second is 67-year-old Ron Washington, who managed the Texas Rangers to back-to-back World Series appearances in 2010 and 2011, before stepping down in 2014. He's currently the 3rd base coach for the Atlanta Braves.

The Padres have previously stated a preference for an experienced manager, which could give Washington the edge. But the decision largely rests on the shoulders of general manager A.J. Preller, who is said to be high on Tingler’s ability to communicate with players in English and Spanish along with his understanding of baseball analytics.

The timing of the decision remains unknown but both candidates were in San Diego this past week for second interviews with club officials.

The team fire Green days before the conclusion of the regular season. Green manned a 274-366 record during his four seasons with the team.

Following Green's dismissal, Preller said "the biggest thing I know is we’re better than what we’ve shown," during a media conference. He added that he felt the team needed a "different voice, different direction" moving into the 2020 season.

"It's a big decision. You don't want to be sitting here in this spot again," Preller told media on hiring a new manager. "It'll be a good process. It'll be detailed."