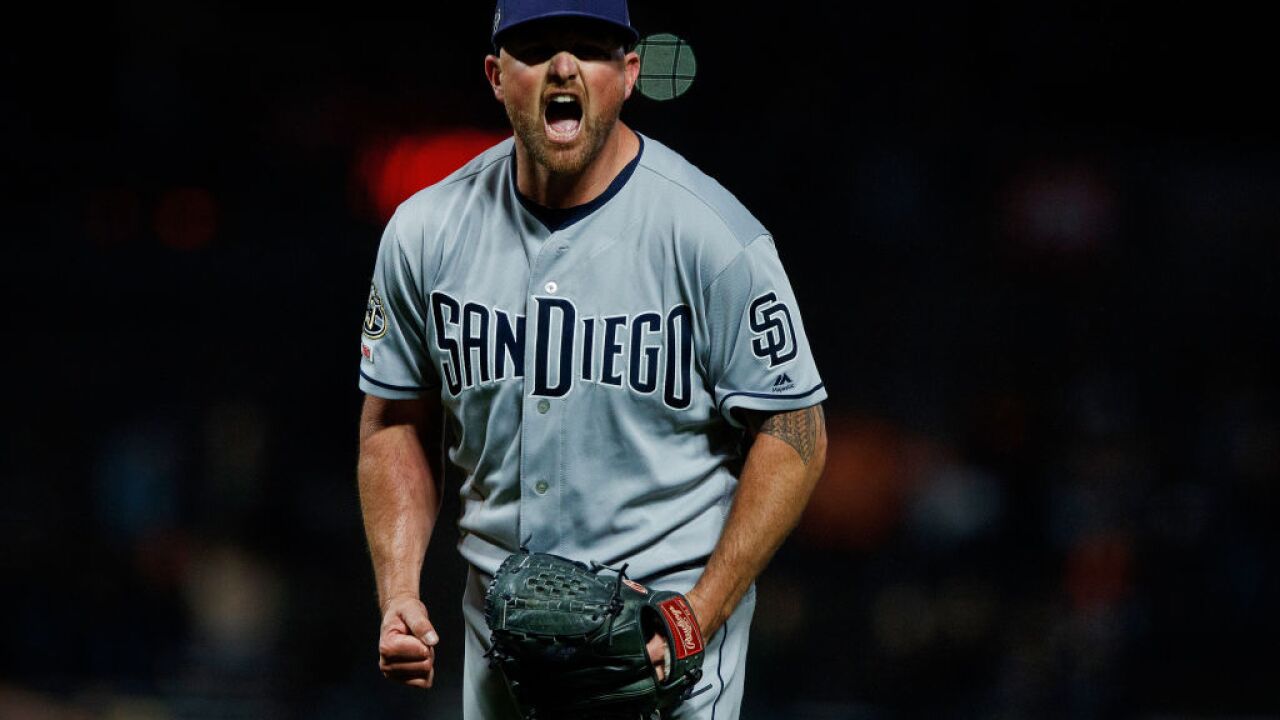 Yates punched in the most saves in the majors this season, converting 41 of 44 chances and recording a 1.19 ERA, the lowest among all major league relievers. He also penciled in 101 strikeouts over 2019.

Yates was selected by the Padres in 2017 off waivers from the Los Angeles Angels.

The Friar is is in good company as well. Yates is the first Padres reliever since Hall of Famer Trevor Hoffman to lead the majors in saves, when Hoffman did so in 1998. Previous National League saves leaders include former Padres Heath Bell, Mark Davis and Hall of Famer Rollie Fingers.

The Padres and Yates will reportedly look into a contract negotiation during this off-season. Yates has been vocal about his desire to remain in San Diego.

Congratulations to @KauaiKirby39 on being selected MLB Relief Pitcher of the Year by @BaseballDigest! 👏 pic.twitter.com/kgQFihrPM8

The Associated Press contributed to this article.