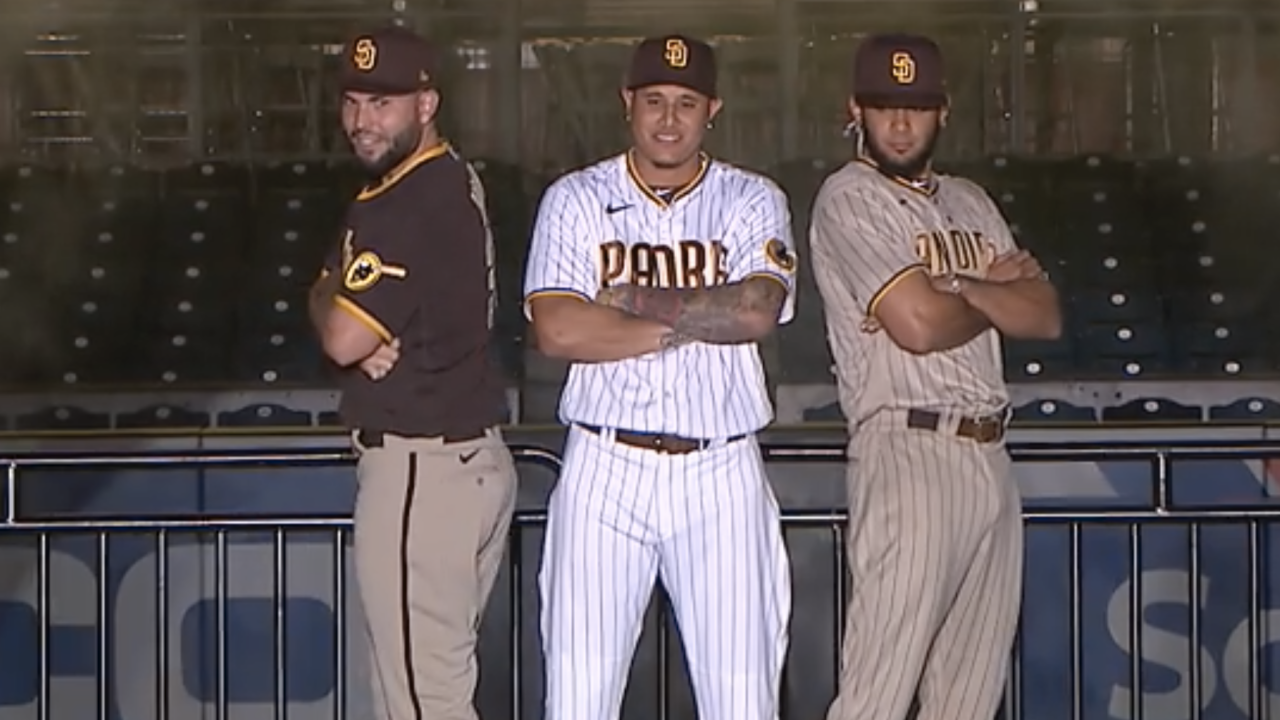 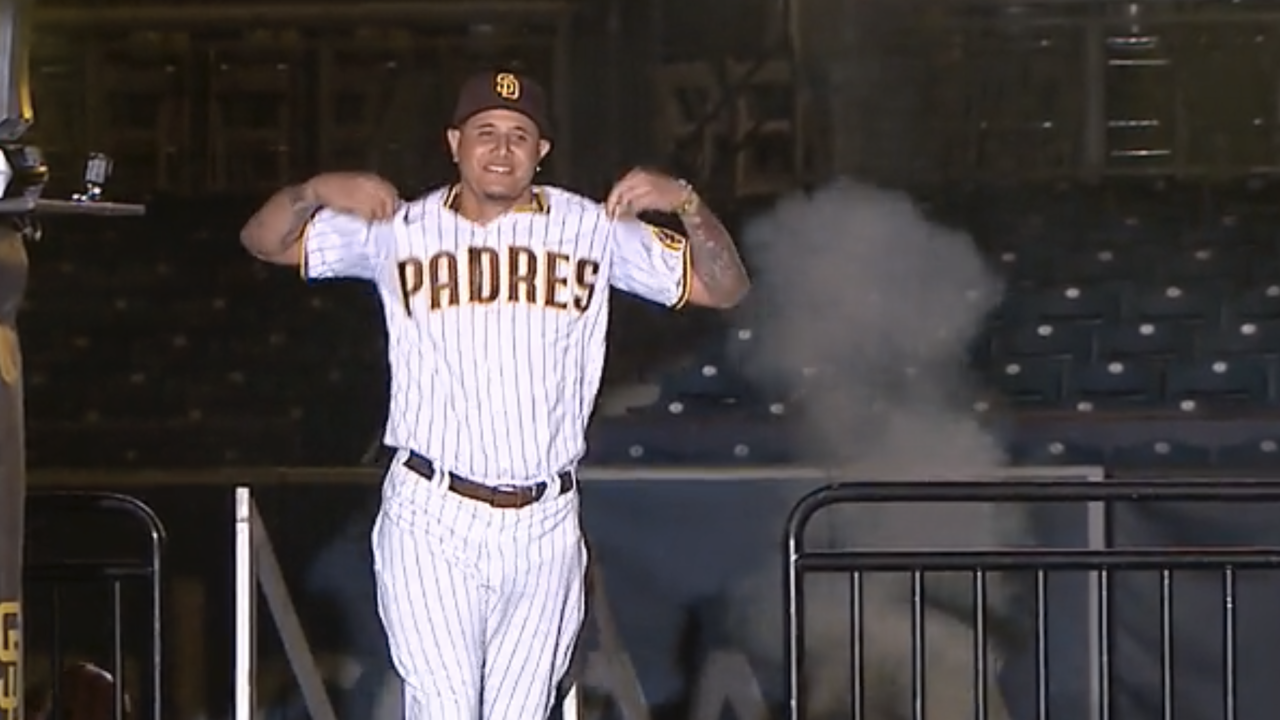 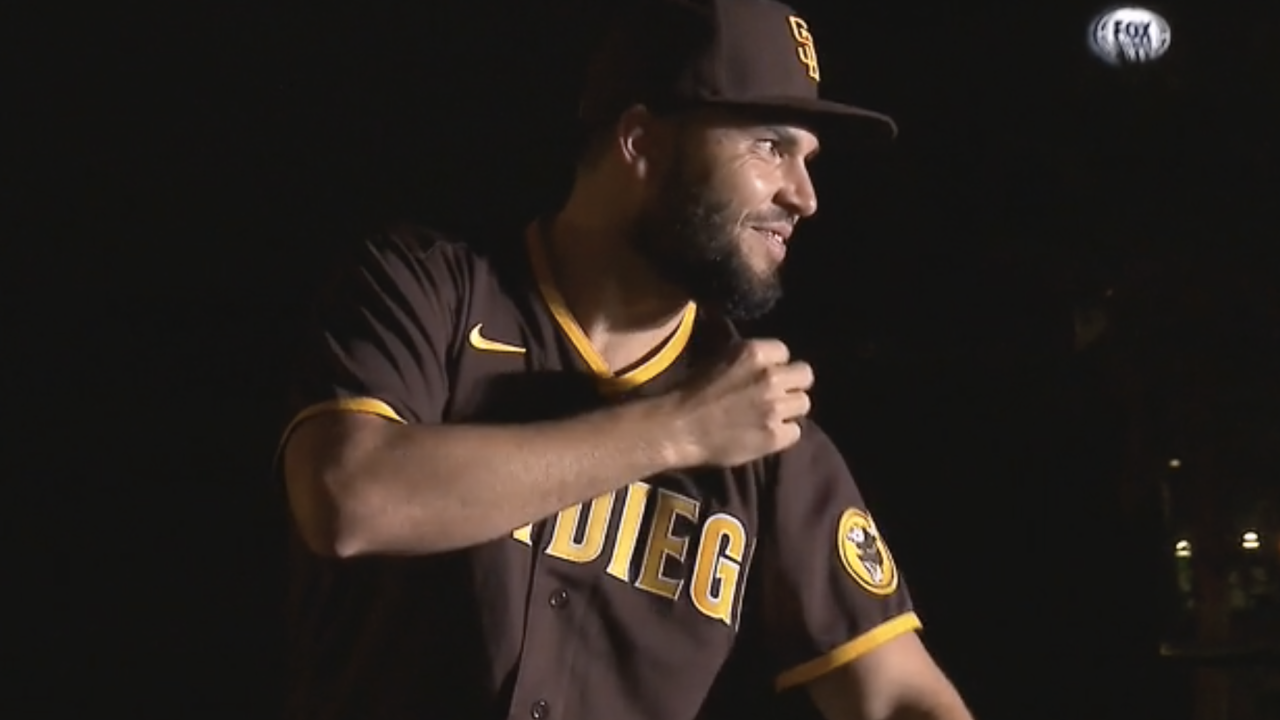 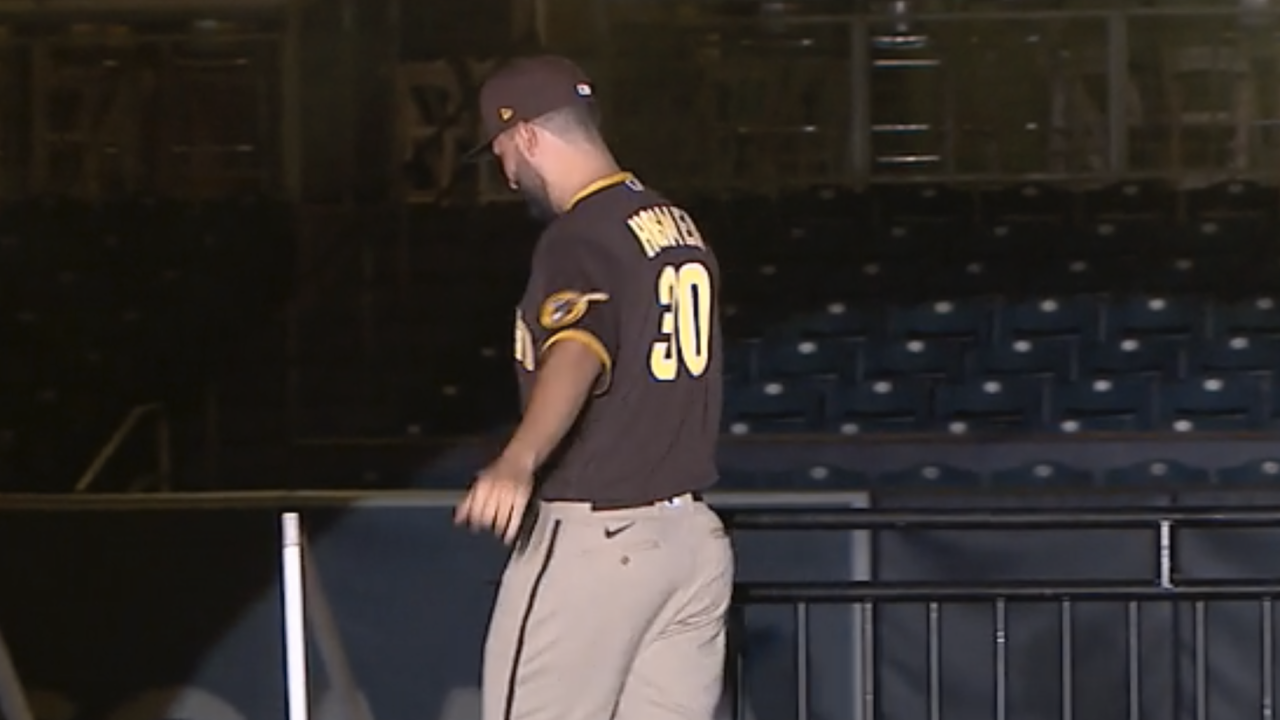 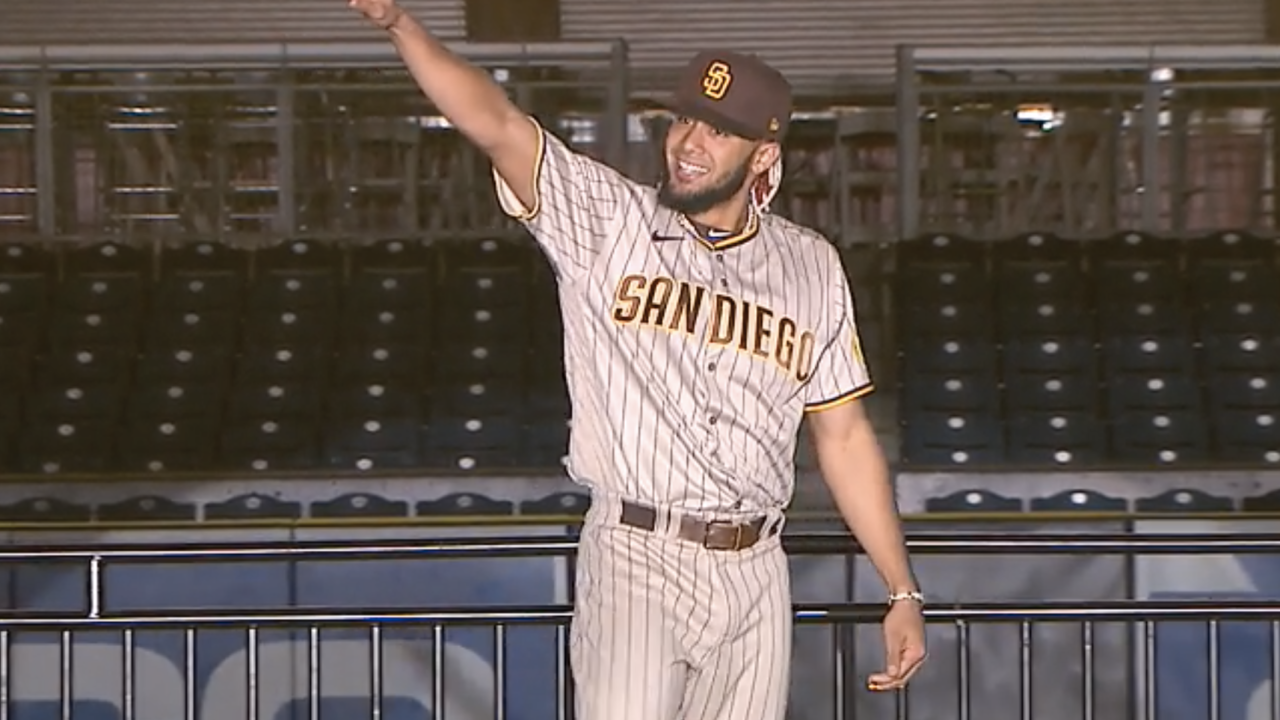 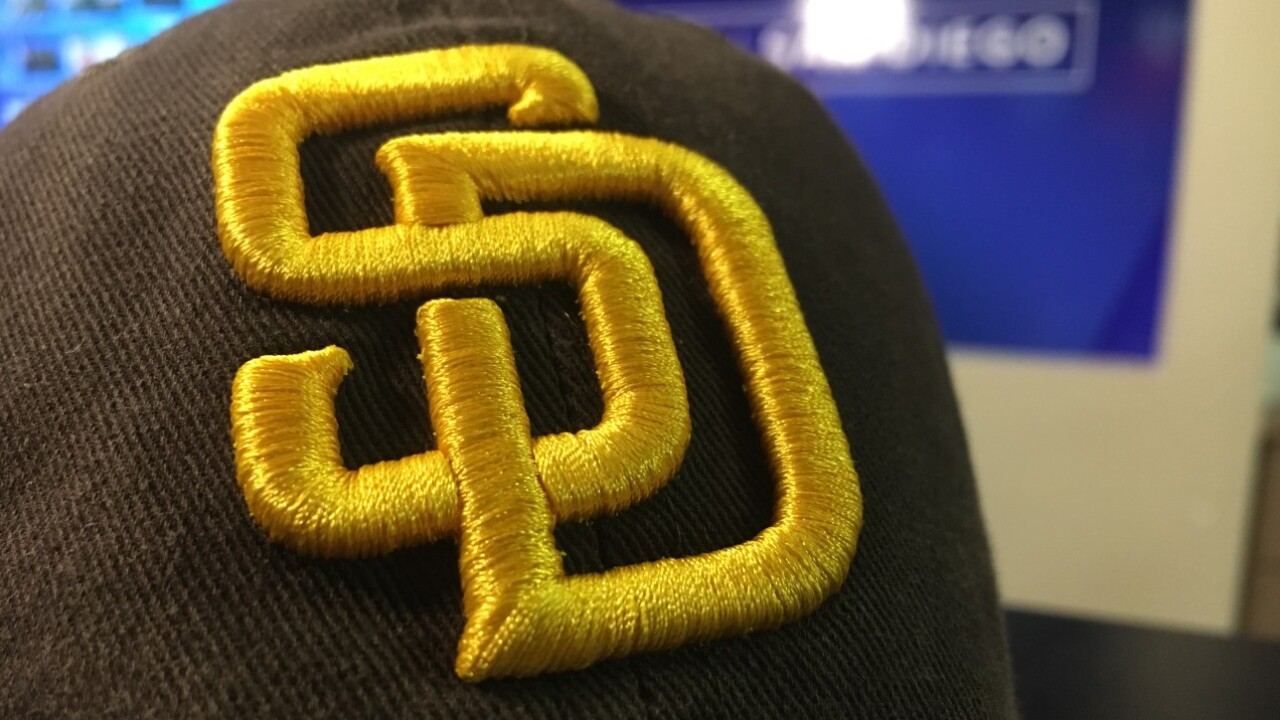 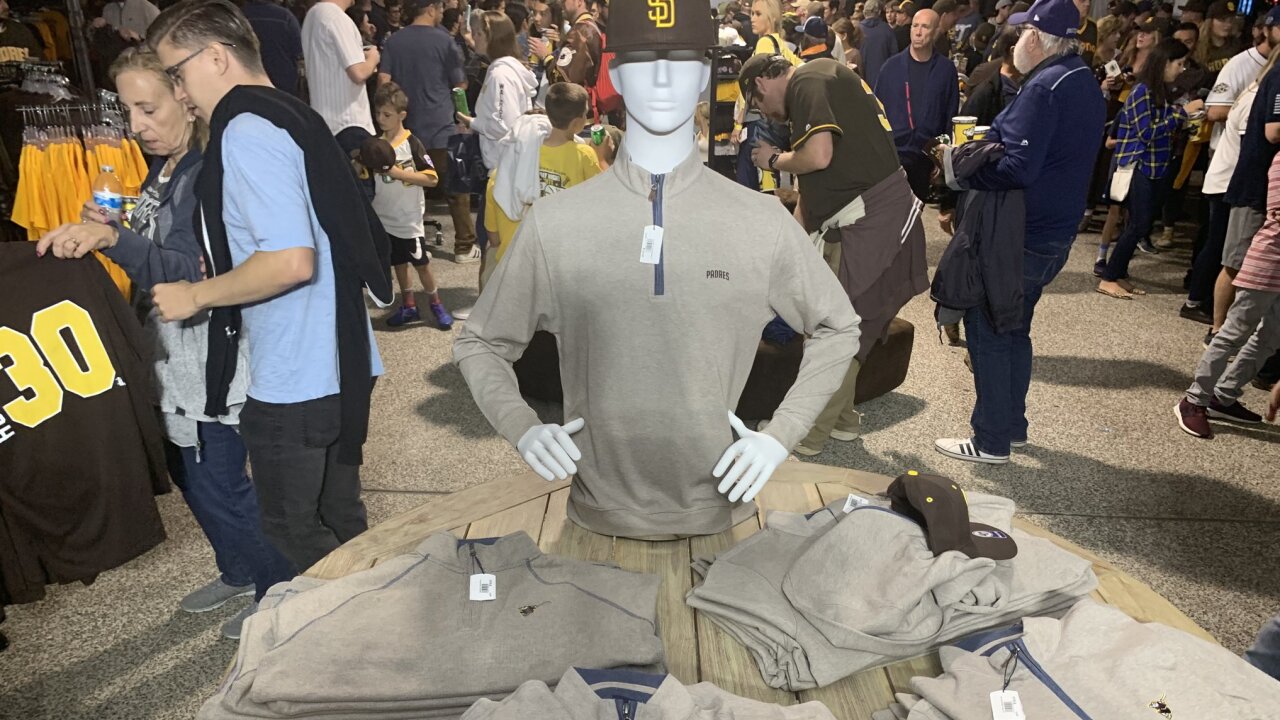 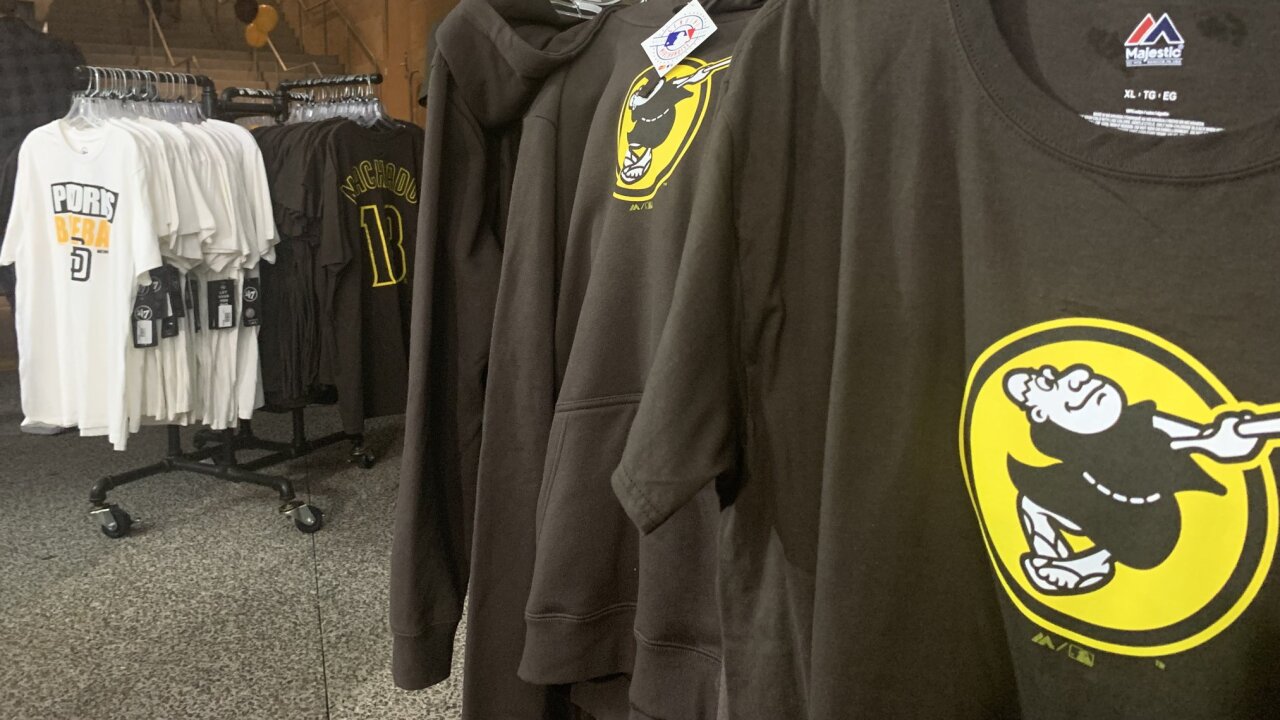 SAN DIEGO (KGTV) — It's a new season with new threads for the San Diego Padres.

The Padres unveiled new home and away sets of uniforms sporting the team's classic brown colors during a fashion show-style event at Petco Park Saturday.

Two styles of the new uniforms featured a return to pinstripes, one on a white base reading "Padres" and the other on dark gray reading "San Diego." The third uniform was brown with gold "San Diego" across the chest and dark gray pants.

The debut of the home pinstripe… wait for the end and Fernando Tatis, Jr. #BrownIsBack pic.twitter.com/e4eqJUWtDj

"This is going to be the uniform we select and win a championship in," Padres Executive Chairman Ron Fowler said in a video that played before the uniform showcase.

The new jerseys and hats will be made available for the public to buy after the event at 8 p.m. at the team's downtown store and online.

Also highlighting the uniform change was plenty of newly branded merchandise to pair: Fleeces, t-shirts, a variety of hats, and other apparel — also now available for the public to buy.

Brown now becomes the color for the Padres' foreseeable future following team identity research that started in 2017, according to Fowler.

Ron Fowler reiterates that winning is what he really wants but heard from enough fans that he felt the return to brown uniforms was important. #BrownIsBack

Brown was featured in Padres uniforms until 1991, when the team switched to a blue and orange color scheme. Blue and orange lasted through the early 2000s before orange was abandoned for a sand color and new home plate-shaped logo.

Fans of the brown waited until 2016 for the color to pop back up as an alternate jersey for Friday night games. And the fandom returned stronger than ever.

Now as the Friars don brown, the team's ownership hopes to see gold on the horizon.

While the uniform change has drummed up its own aura, Padres fans and officials are undoubtedly hoping to see that energy manifest into the team's first winning season in nine years.

During Tingler's introduction to San Diego, Preller expressed his confidence in the first-time manager, saying he's a guy players will "run through a wall for." Tingler said while he may make mistakes, he hopes, "to have people around from various areas of expertise."

The overhaul continued this fall, as the team hired Phillies infield coach Bobby Dickerson as its bench coach. Dickerson also has ties to San Diego via Machado during his run on the Baltimore Orioles.

Dickerson's hiring signaled the team's focus on developing the Padres infield as one of the top infield instructors, according to MLB.com's AJ Cassavell. Dickerson now gets to work with players team official are keen to see develop, like Machado, Tatis, and emerging second baseman Luis Urías.

Players haven't been immune to the changes either. Notable roster moves made already include dealing outfielder Travis Jankowski to the Reds for international money, declining options for relievers Adam Warren and Aaron Loup, and seeing reliever Robert Stock claimed off waivers by the Phillies.