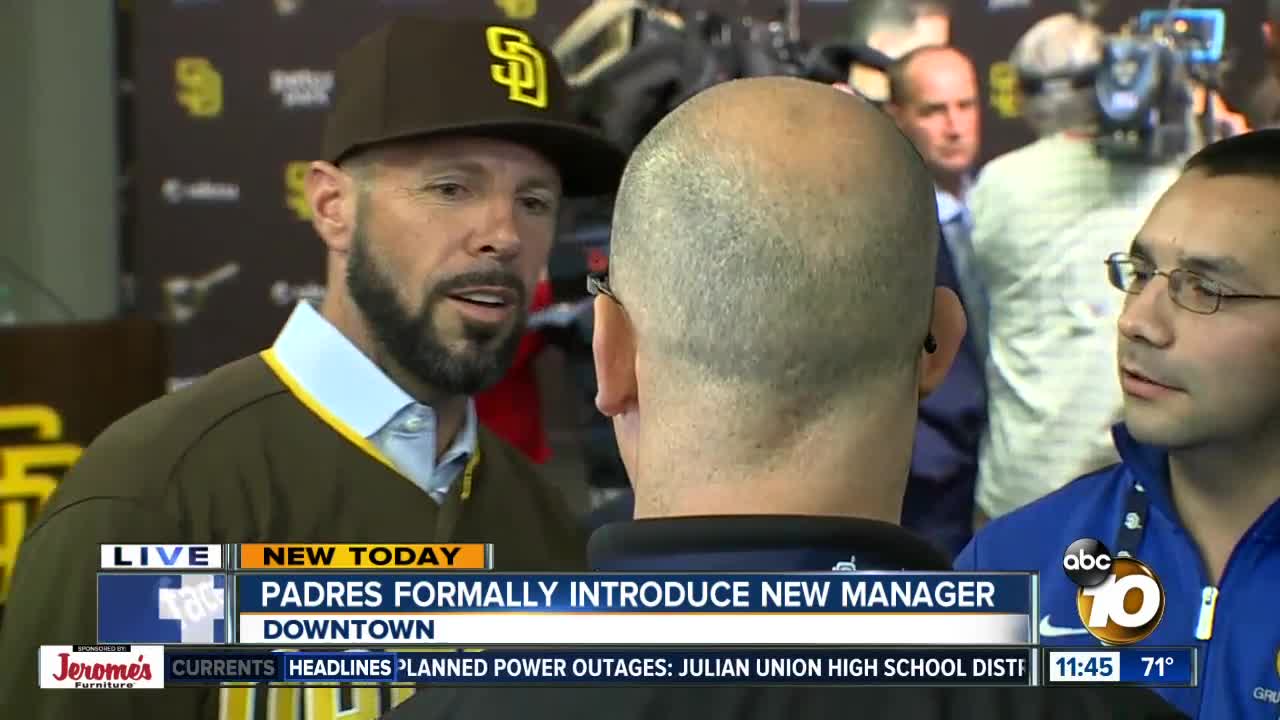 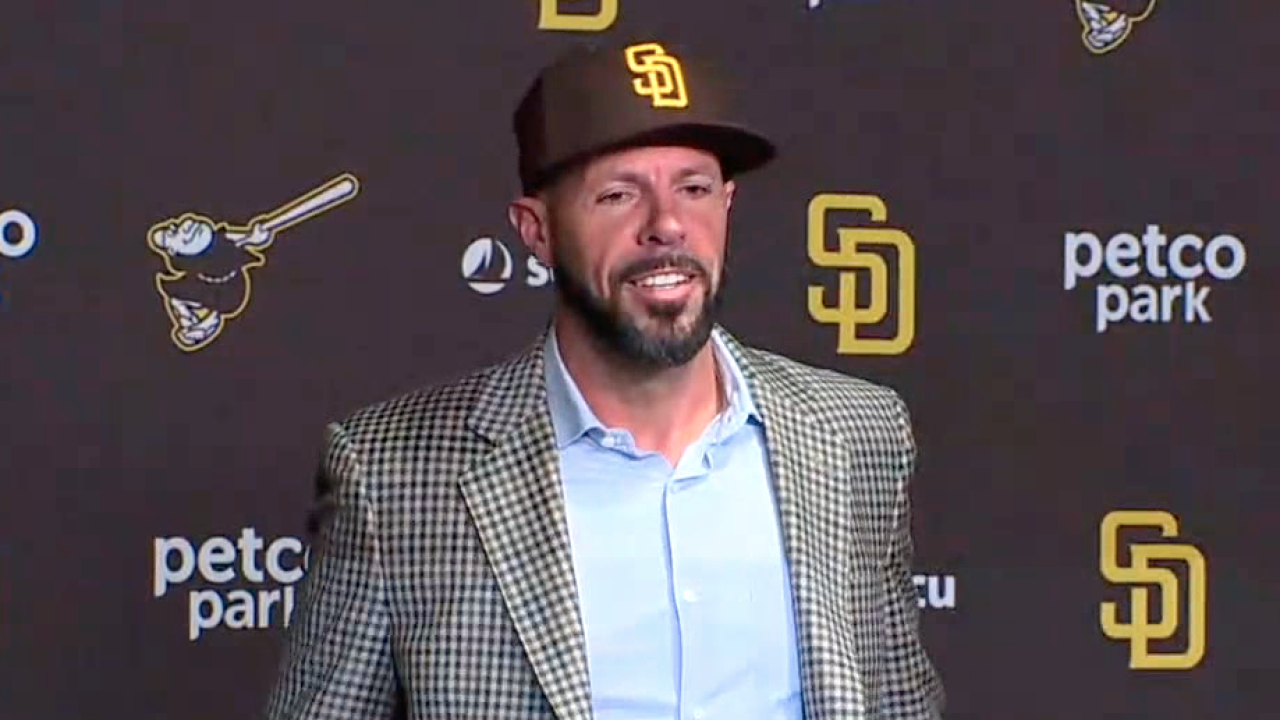 "I want to be shagging in the outfield ... If you're out being active, more organic natural moments will arrive," Tingler told reporters, saying that he doesn't plan to sit in his office often.

The Padres introduced the former Texas Rangers coach to the media at Petco Park Thursday.

In front of a backdrop of brown and gold, general manager A.J. Preller spoke on Tingler's experience and confidence in him managing the team starting in 2020. Notably, Preller said he was looking for someone players would "run though a wall for" in his search.

Before Tingler arrived in San Diego to don number 32, he worked with the Rangers has a field coordinator and interim bench coach. Preller hailed Tingler's experience in player development for the organization, and bilingual and communication skills.

The duo worked together while Preller was a scout and assistant general manager in Texas. Preller said Thursday that Tingler had showed him that he's "comfortable being uncomfortable" from his success as a young manager in the Dominican Republic.

But the big question for many outside of Preller's is Tingler's experience. He becomes the Padres 21st manager in franchise history and the team's sixth-straight skipper without prior MLB managerial experience.

Part of the expected change between 2019 to 2020 will include other coaching positions. Tingler says he's looking to surround himself with a staff that pushes players.

"We're in that process. We're meeting with people. The bottom line, can you build relationships and can you impact players, can you push them and make them better," Tingler said.

Tingler walks into a club that has under delivered for the last decade. Last season marked the Padres' ninth-straight losing season. Former manager Andy Green didn't fair better, posting a .428 win percentage during his four seasons with the team.

The last time the team finished above .500 was in 2010, under then-manager Bud Black.

To that, Tingler says he's confident in the current squad of players and looks forward to his new staff forming those all important relationships to impact young players — hopefully producing a winning season.

"We've got a lot of players with huge upside ... I think they shared that kind of undying passion to win here in San Diego," Tingler said.