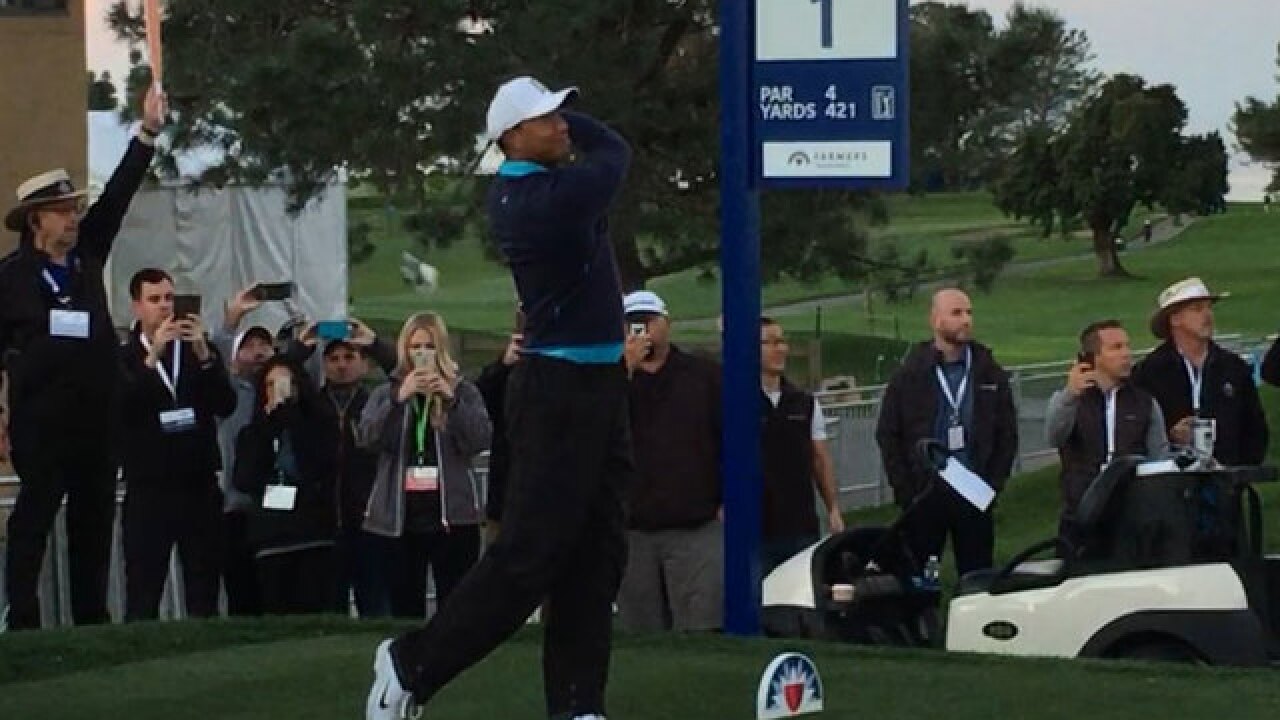 Copyright 2018 Scripps Media, Inc. All rights reserved. This material may not be published, broadcast, rewritten, or redistributed.
Tiger Woods hits a shot at the 2018 Farmers Insurance Open pro-am (Jan. 24, 2018)

LA JOLLA, Calif. (CNS) - Tiger Woods will get a final chance to prepare for his latest comeback to the PGA Tour when he plays in the Farmers Insurance Open's pro-am at Torrey Pines Golf Course, one day before the start of the tournament.

Woods teed off from the first hole of the North Course at 6:40 a.m. Wednesday as part of a fivesome with four amateurs.

The 42-year-old Woods has not played in a PGA Tour event since last year's Farmers Insurance Open, when he missed the cut, shooting a 4-over par 148 for two rounds. Woods then underwent a fourth back surgery that sidelined him for the next 10 months.

Here’a @TigerWoods teeing off in the Pro-Am at the @FarmersInsOpen. @10News pic.twitter.com/f7pA4mjsRa

From the short grass on #2. @TigerWoods @FarmersInsOpen @10News @PGATOUR pic.twitter.com/NXiWEBVpTM

Woods returned to play in the Hero World Challenge, an unofficial event in the Bahamas Nov. 30-Dec. 3, where he tied for ninth in a field of 18 with an 8-under 280 for four rounds.

The 156-player field is led by defending champion Jon Rahm, who rose one spot to second in the Official World Golf Ranking with his victory in the CareerBuilder Challenge, which concluded Sunday in La Quinta.

Check out the crowd around @TigerWoods at the @FarmersInsOpen Pro-Am. Tournament organizers say ticket sales for the weekend went up 40% after he committed. pic.twitter.com/B6ftgViMSA