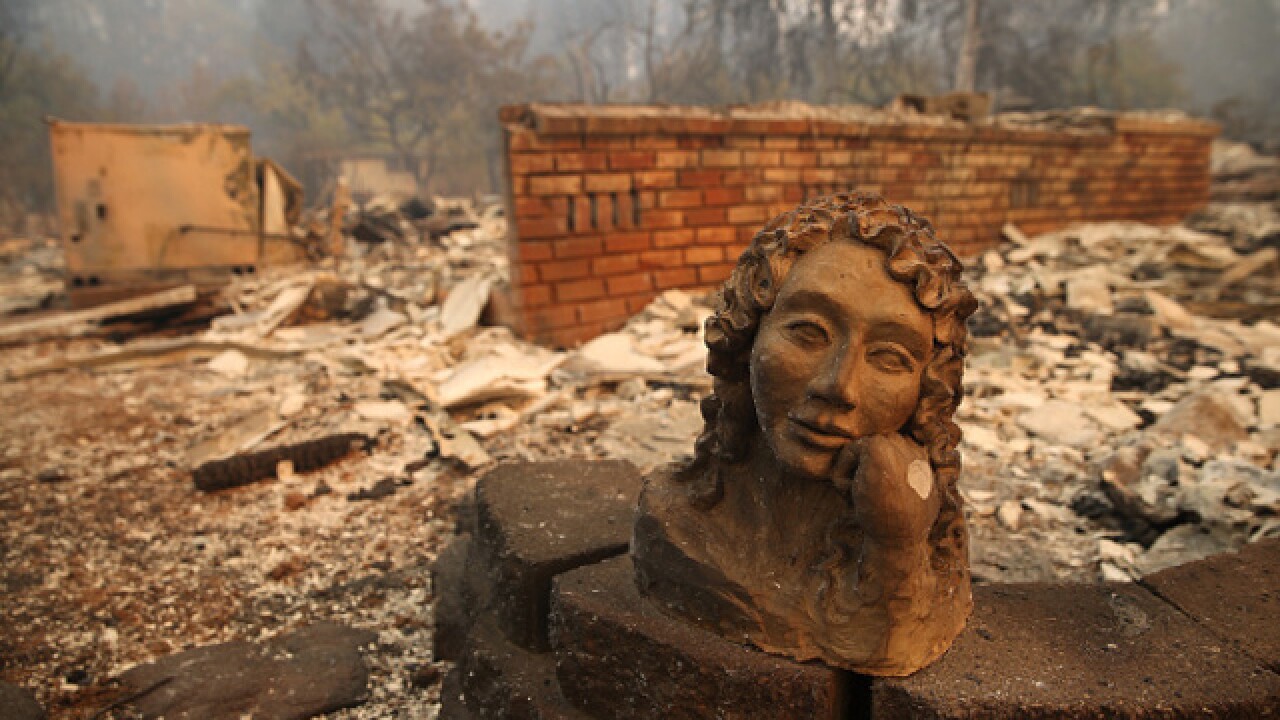 Copyright 2018 Scripps Media, Inc. All rights reserved. This material may not be published, broadcast, rewritten, or redistributed.
Justin Sullivan
PARADISE, CA - NOVEMBER 10: A statue remains in front of a home that was destroyed by the Camp Fire on November 10, 2018 in Paradise, California. Fueled by high winds and low humidity, the rapidly spreading Camp Fire ripped through the town of Paradise and has quickly charred 100,000 acres and has destroyed over 6,700 homes and businesses in a matter of hours. The fire is currently at 20 percent containment. (Photo by Justin Sullivan/Getty Images)

(KGTV) — The number of those missing following the deadly Camp Fire in Northern California has dwindled to just under 50 people, the Butte County Sheriff's Department announced Friday.

More than three weeks after the deadliest wildfire in California's history ignited, officials have seen the number of those missing dive from more than 1,100 to 49 people.

Many forced to evacuate due to the fire fled to other towns or cities and did not tell relatives or authorities they were safe, ballooning the initial number of missing persons. The department reported that 3,097 people had been accounted so far.

Search and rescue teams have been combing through towns to find remains of those missing. The sheriff's office has been maintaining a public list of missing people and offering to swab the cheeks of immediate relatives to help identify those lost in the fire.