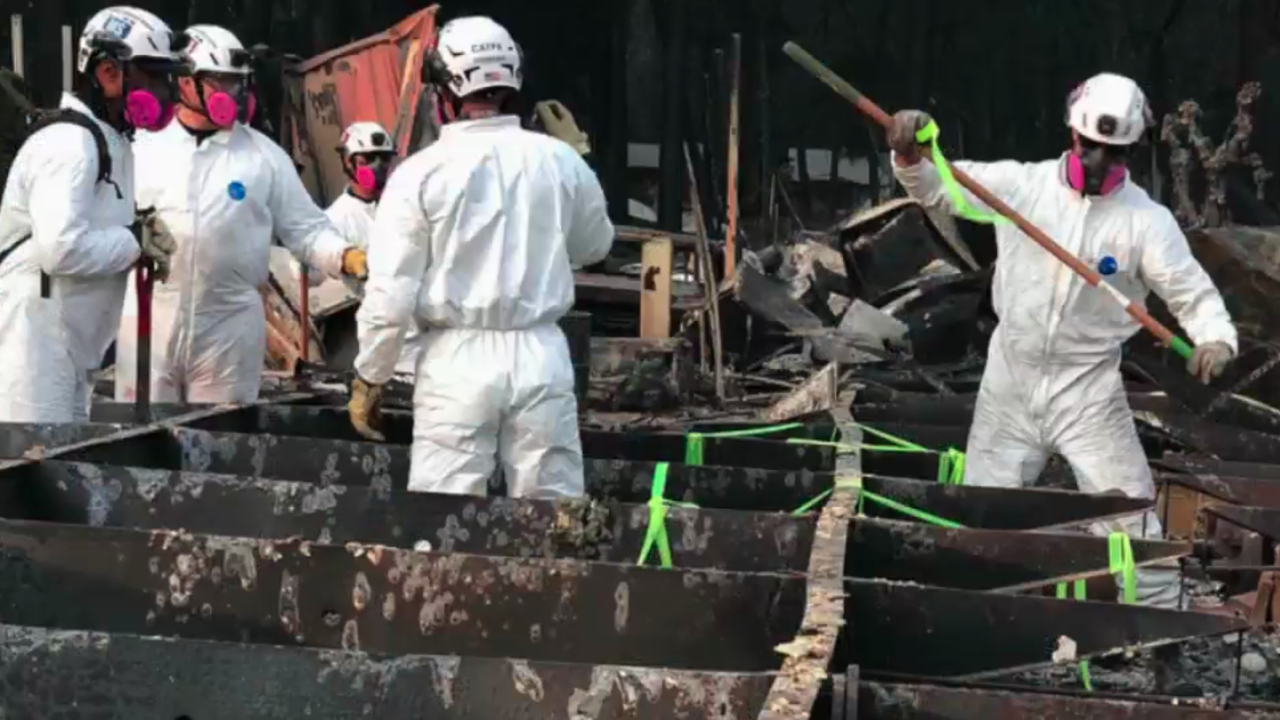 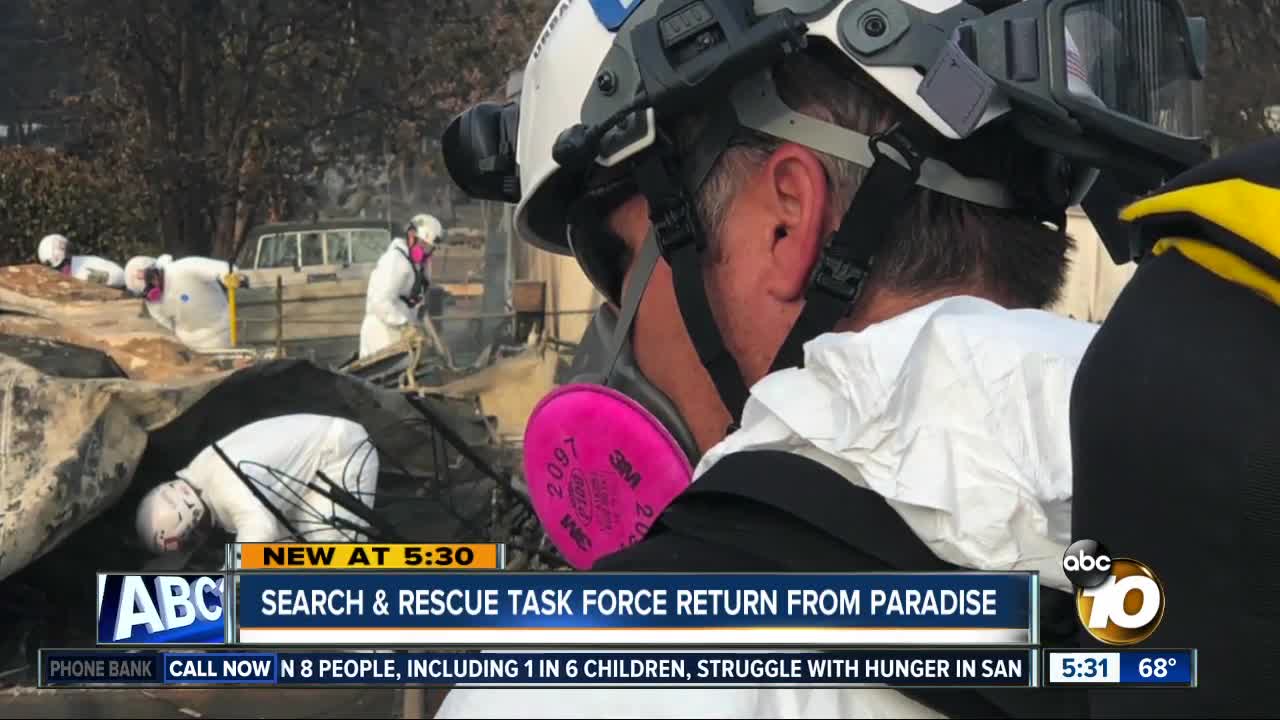 SAN DIEGO (KGTV) — After a week of sifting through ashes of the devastating Camp Fire in Northern California, San Diego firefighters are back home tonight.

The San Diego Urban Search and Rescue Task Force searched over 1,500 burned structures in the city of Paradise, Calif. Battalion Chief David Gerboth says many did not survive the devastation. Crews were ordered to look for 1- to 5-inch bone fragments of those who might be missing.

“We went into a career to save people and we knew going up there that that wasn’t the mission. It was to provide closure for some families,” says Gerboth.

The air quality was also a big challenge for firefighters.

“There’s a lot of ash, there's a lot of debris. We were constantly wearing respiratory protection," he added.

The task force was also away from their loved ones on Thanksgiving. Firefighters say this mission hit home for many of them.

“It was definitely a challenge for all of us,” said Brady Holden. “Whatever little problems that you would deal with throughout the day, as you were driving back to the base camp you look around at the devastation, it really put it all into perspective that my problems really aren’t that bad.”

The task force had to report all of the structures as clear before leaving. This allowed families to get back to survey the damage and salvage anything they could.