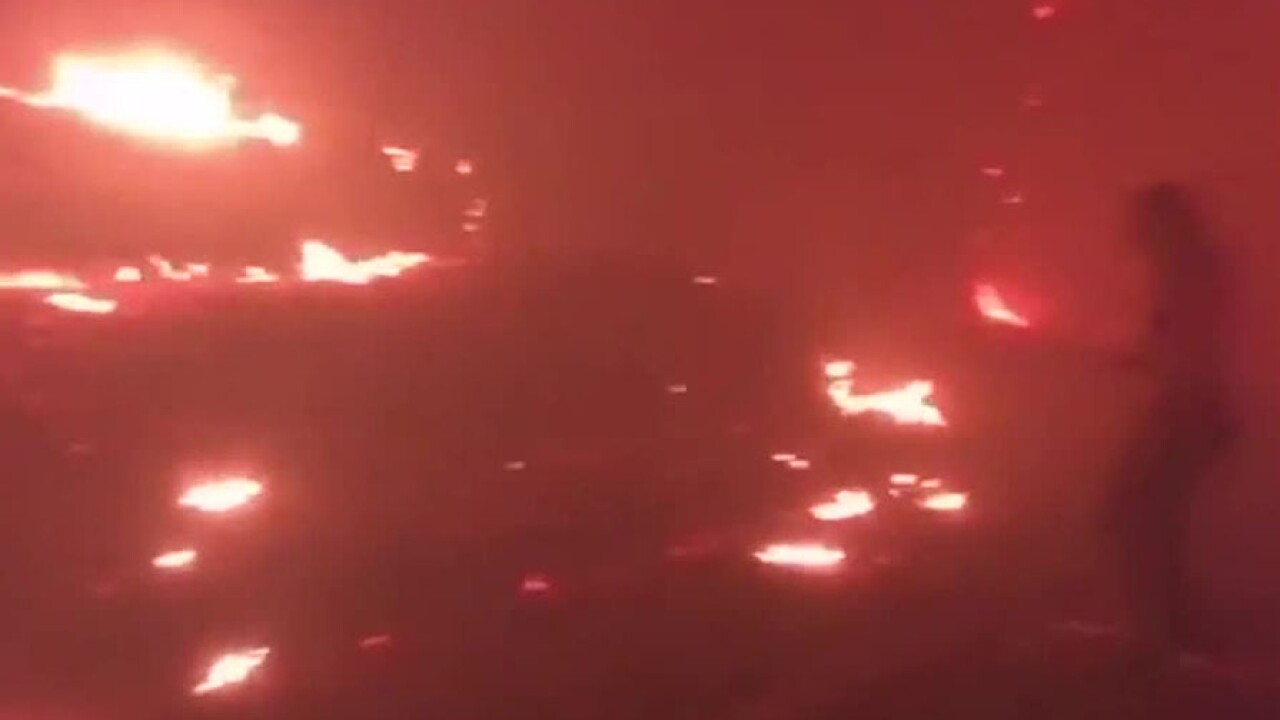 Parmley's vehicle, which was surrounded by flames on both sides of the road, becomes disabled, forcing him to conduct the search on foot.

Fearing that he was experiencing his final moments, Parmley switched on his body camera to document what was going on around him.

The video begins with Parmley outside of his vehicle and walking near a residence where flames and sirens can be seen in the distance.

Parmley then walks down the middle of the road, with fire on both sides of the highway, as burning embers surround him.

Other people can be seen in the video, including a nurse and police officer, walking in front of Parmley, who appears to be struggling to breathe.

The lights of a bulldozer truck appear on the roadway, and the driver is able to pick up Parmley and another officer.

However, it is unclear if anyone else is able to make it inside.

The final shot shows Parmley putting on what appears to be a gas mask before the video cuts out.

The Camp Fire went on to become the deadliest fire in California history, with 88 fatalities and 196 people still missing as of Nov. 29.