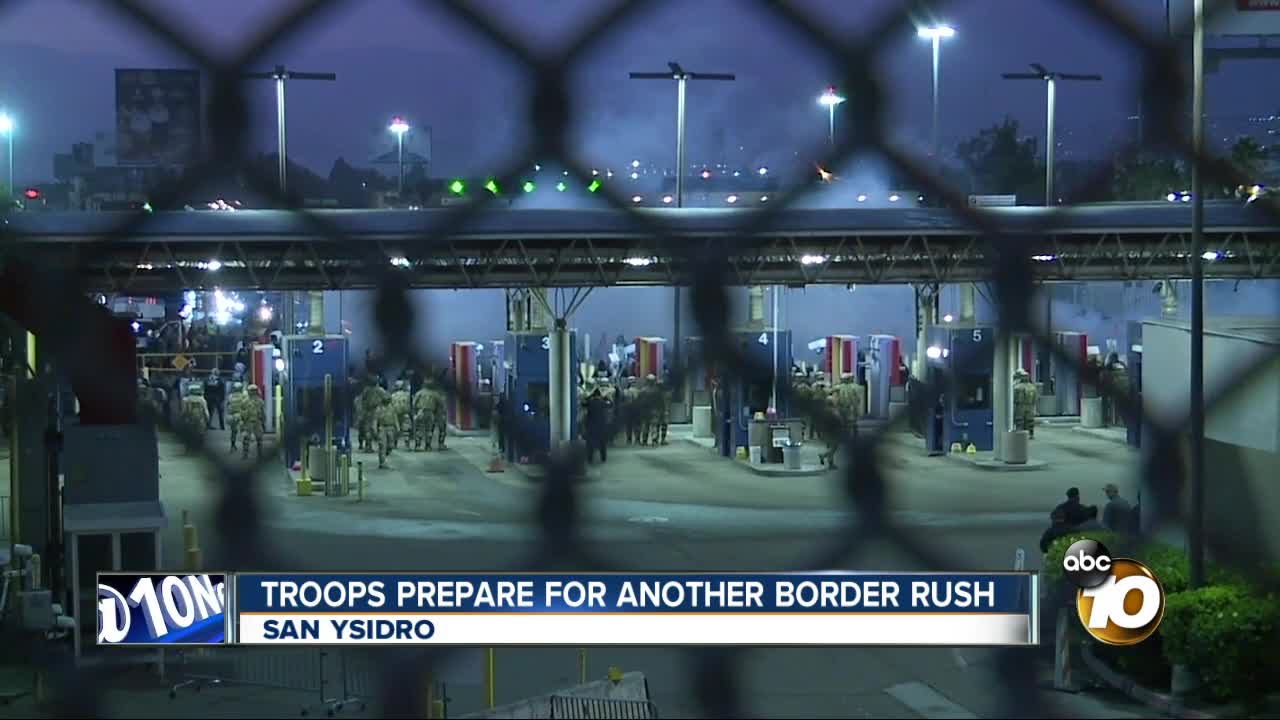 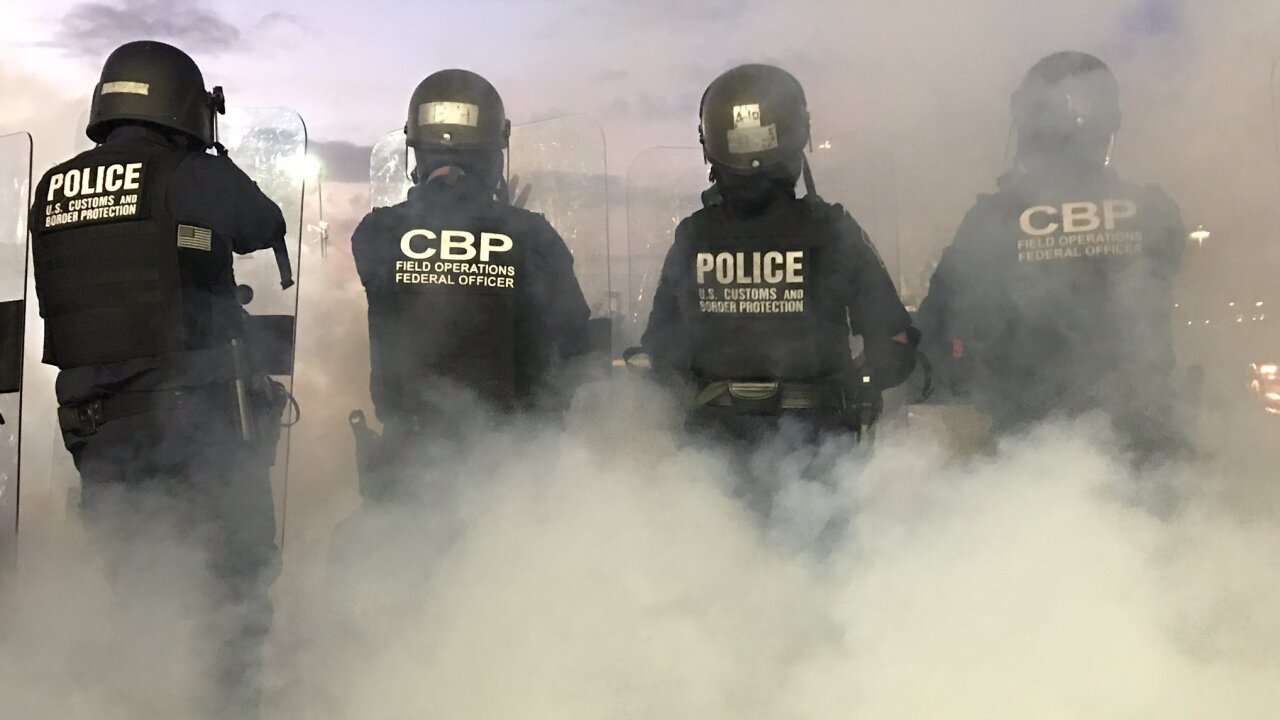 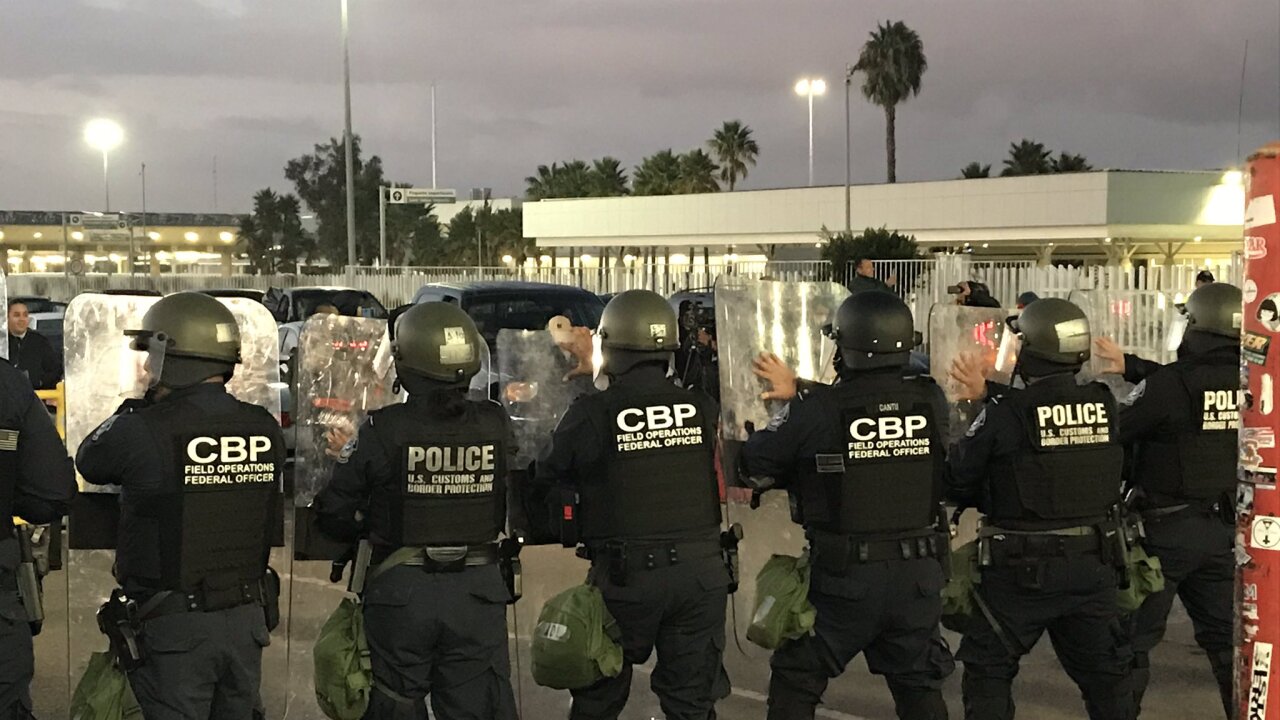 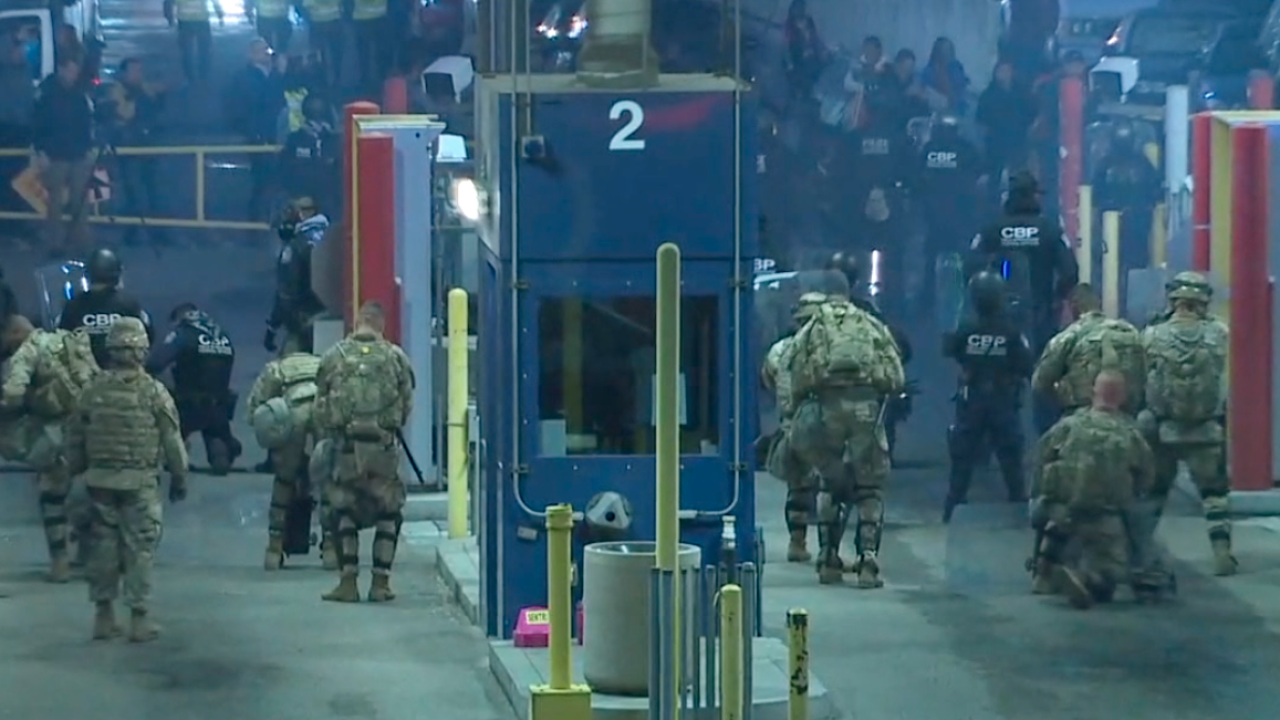 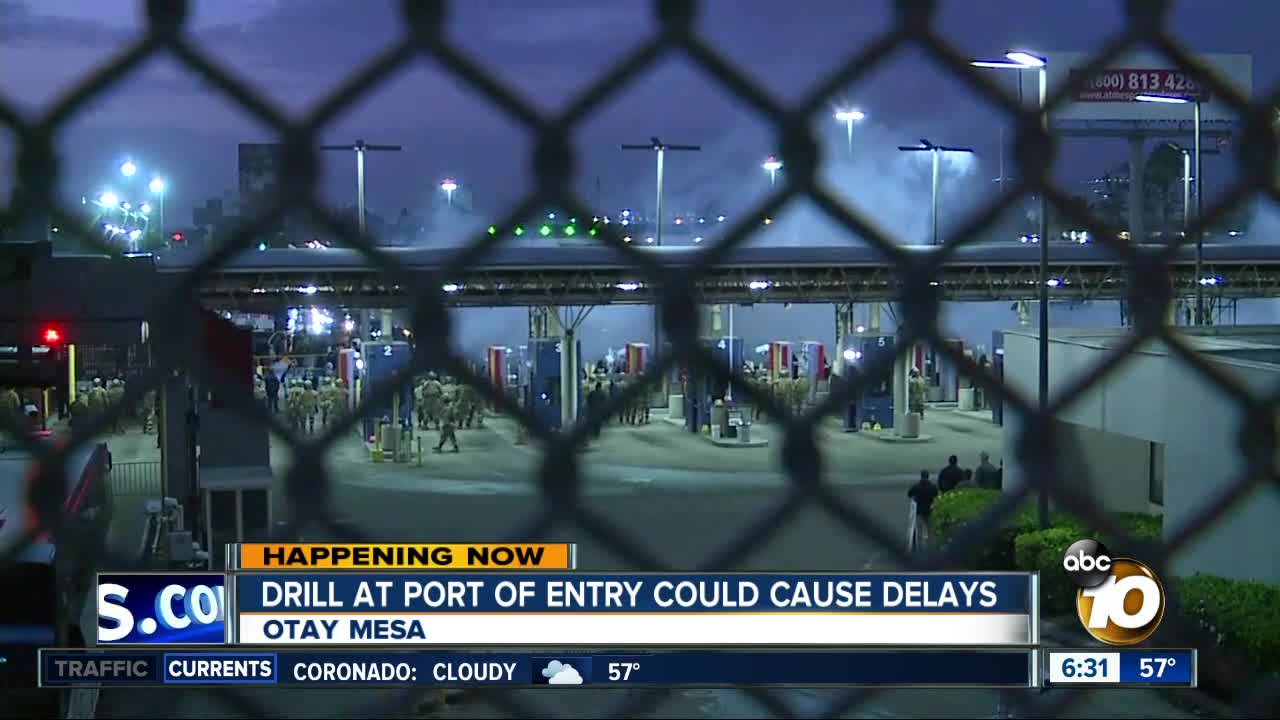 OTAY MESA, Calif. (KGTV) — Border officials held a large-scale readiness exercise early Saturday at the Otay Mesa Port of Entry, the agency's first show of force since a group of migrants attempted to rush the border a week ago.

U.S. Customs and Border Patrol agents and military police stationed at the border amassed for the 10-minute drill, briefly stopping all cross-border traffic in the area.

"CBP is continually assessing the capabilities of our facilities and has been making — and will continue to make — necessary preparations. Preparations include participating in operational readiness exercises and the mobilization of resources, as needed, to ensure the facilitation of lawful trade and travel," the CBP wrote in a release on the drill.


The drill was the first such show of force since a group of migrants from a Central American caravan rushed the border Sunday, leading to a closure of the San Ysidro checkpoint and two San Diego County freeways.

Border agents said some of the migrants were throwing items, including rocks, over the border at agents, prompting them to respond with tear gas canisters to disperse the crowd.

Forty-two people were arrested in those clashes, but will not face federal charges.