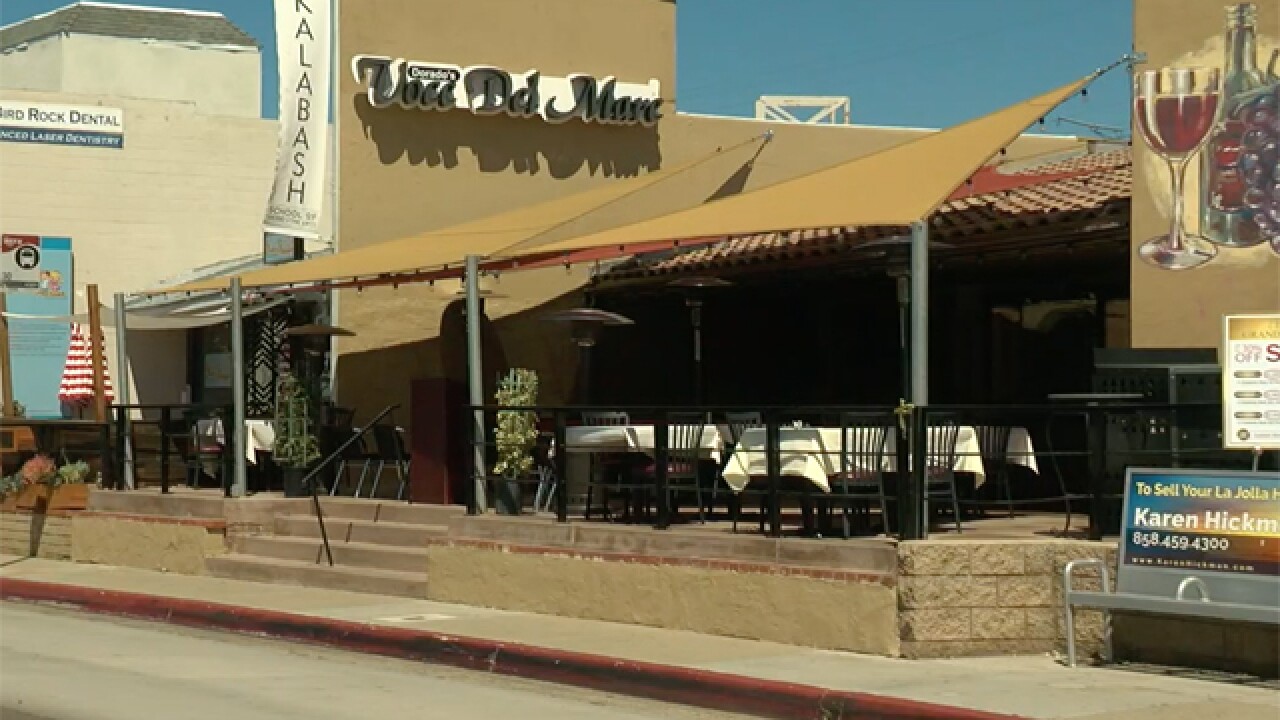 Copyright 2018 Scripps Media, Inc. All rights reserved. This material may not be published, broadcast, rewritten, or redistributed.
<p>Daniel Dorado is the owner of Voce del Mare in La Jolla's Bird Rock neighborhood.</p>

SAN DIEGO (CNS and KGTV) - Opening statements started Monday in the trial of a La Jolla restaurant owner accused of drugging and sexually assaulting eight women over a nine-year period.

Daniel Dorado, 61, the owner of Voce del Mare, an Italian-style restaurant located on La Jolla Boulevard in the Bird Rock area, is charged with 35 felonies, including rape of an unconscious person and rape of an intoxicated person.

Prosecutors allege Dorado met the victims -- who ranged in age from 22 to 58 -- at local bars and restaurants, sometimes under the guise of a job interview, or through dating websites.

He allegedly offered the women spiked beverages, causing them to fall unconscious and wake up to the defendant having sex with them or otherwise sexually assaulting them.

Some of the women had sexual assault exams within hours of regaining consciousness, with DNA present.

Dorado was taken into custody in March 2018 on suspicion of assaults on four women, with the other alleged victims coming forward later on learning of his arrest.