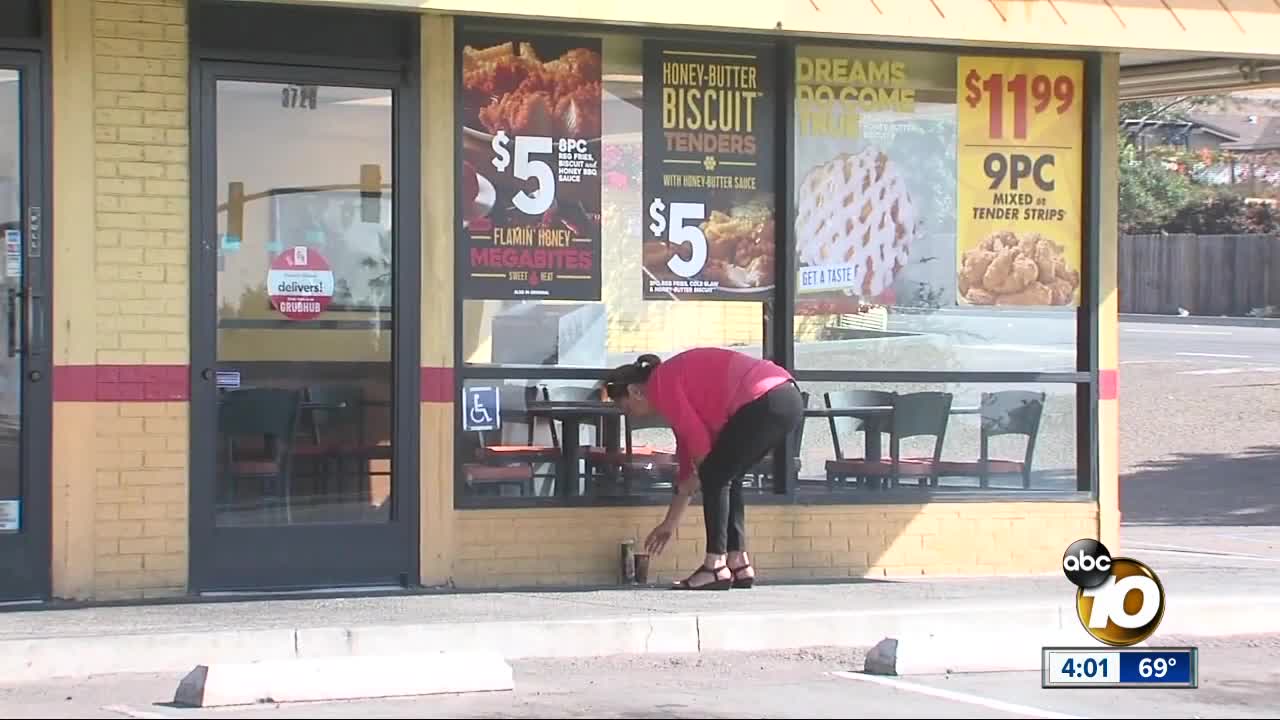 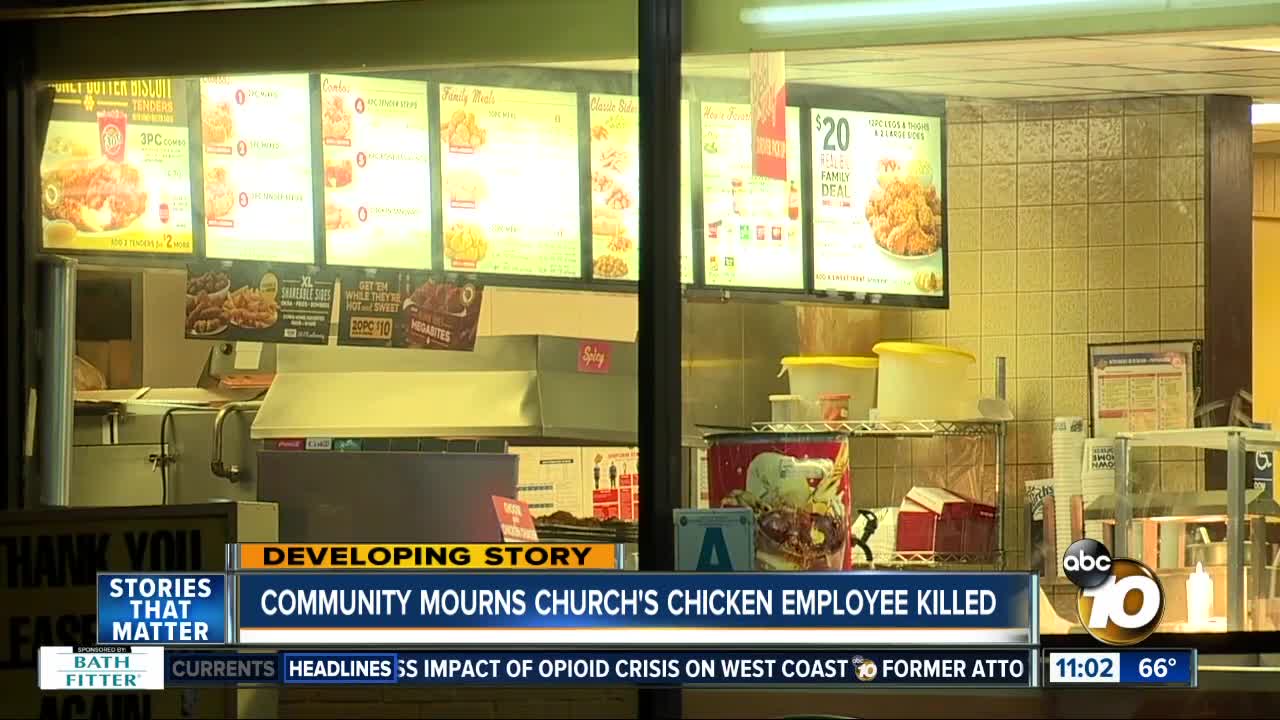 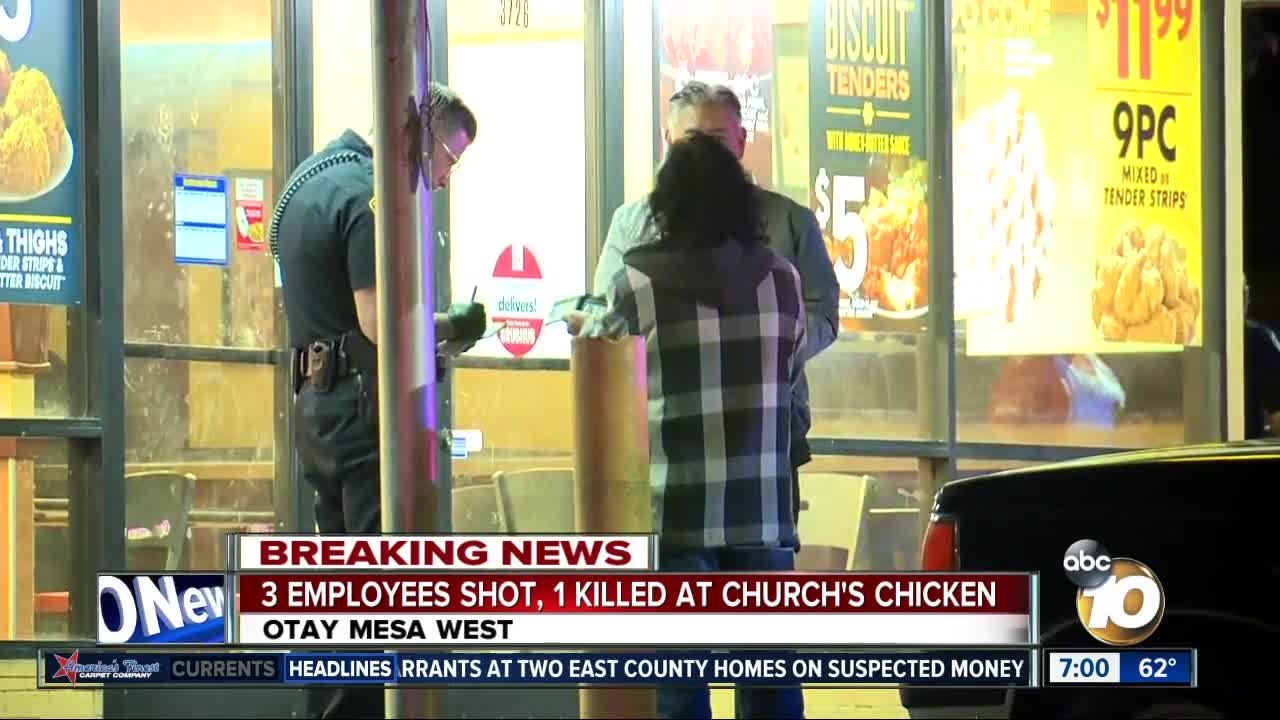 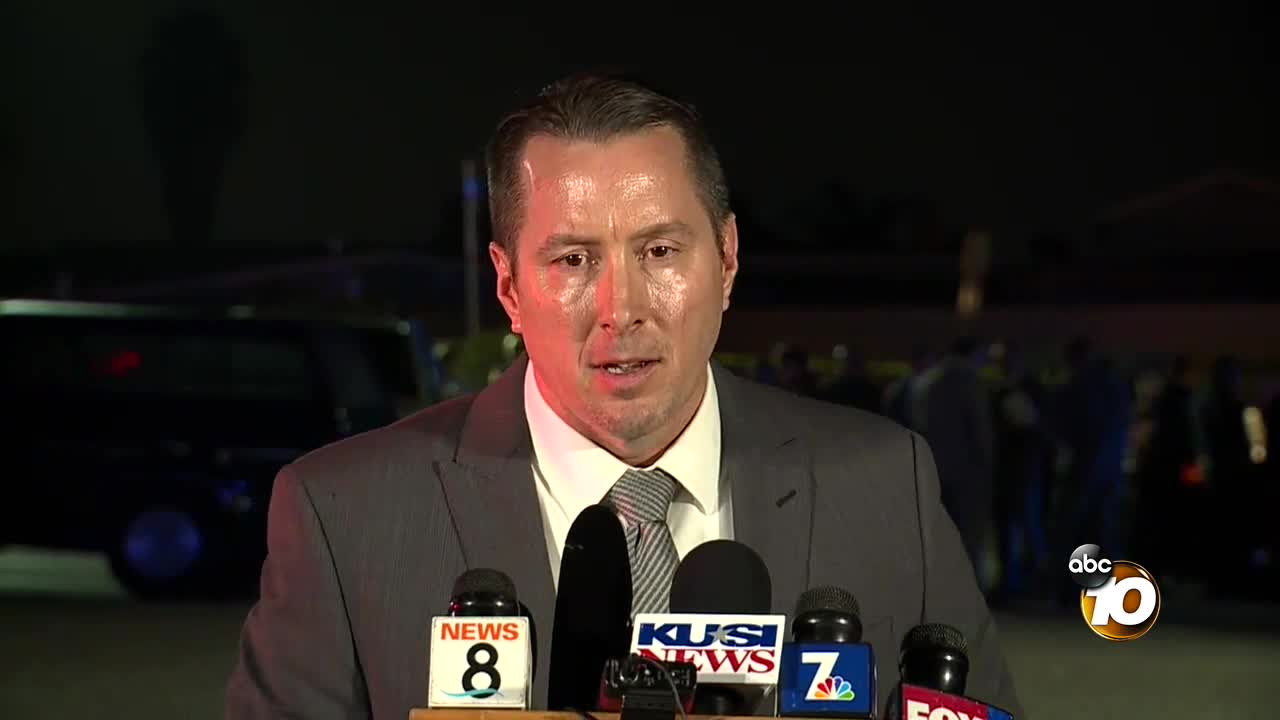 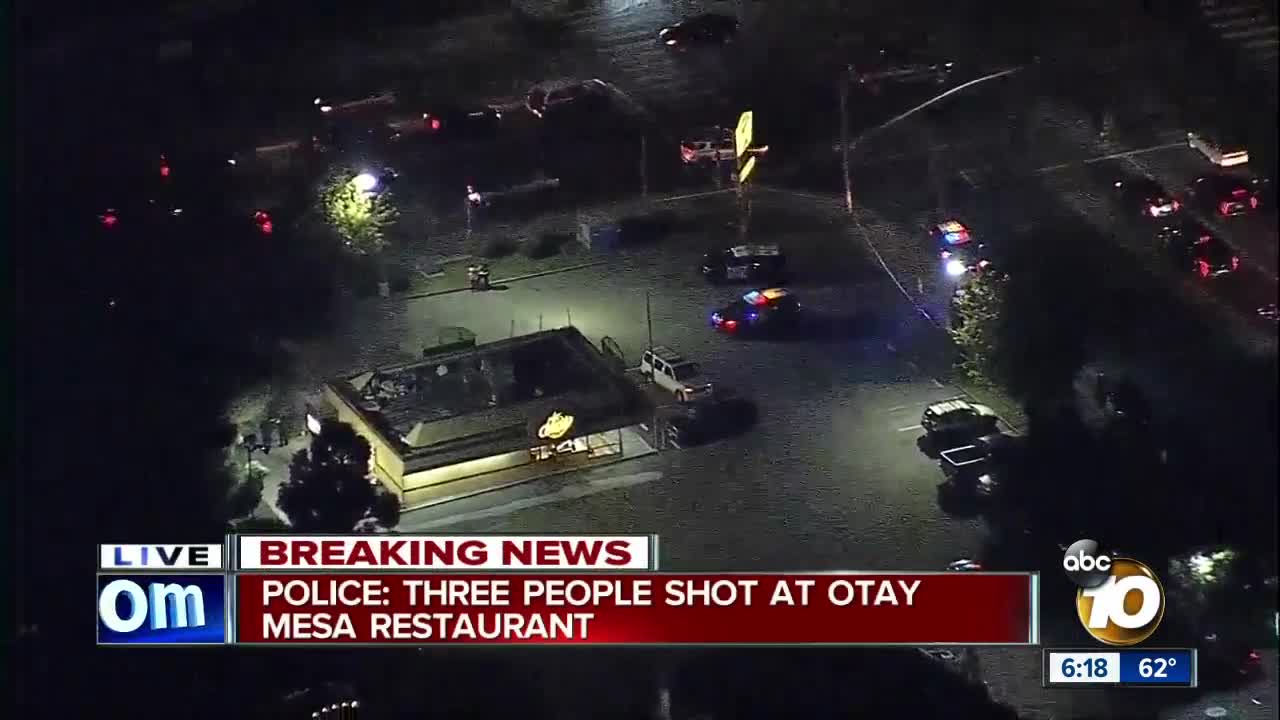 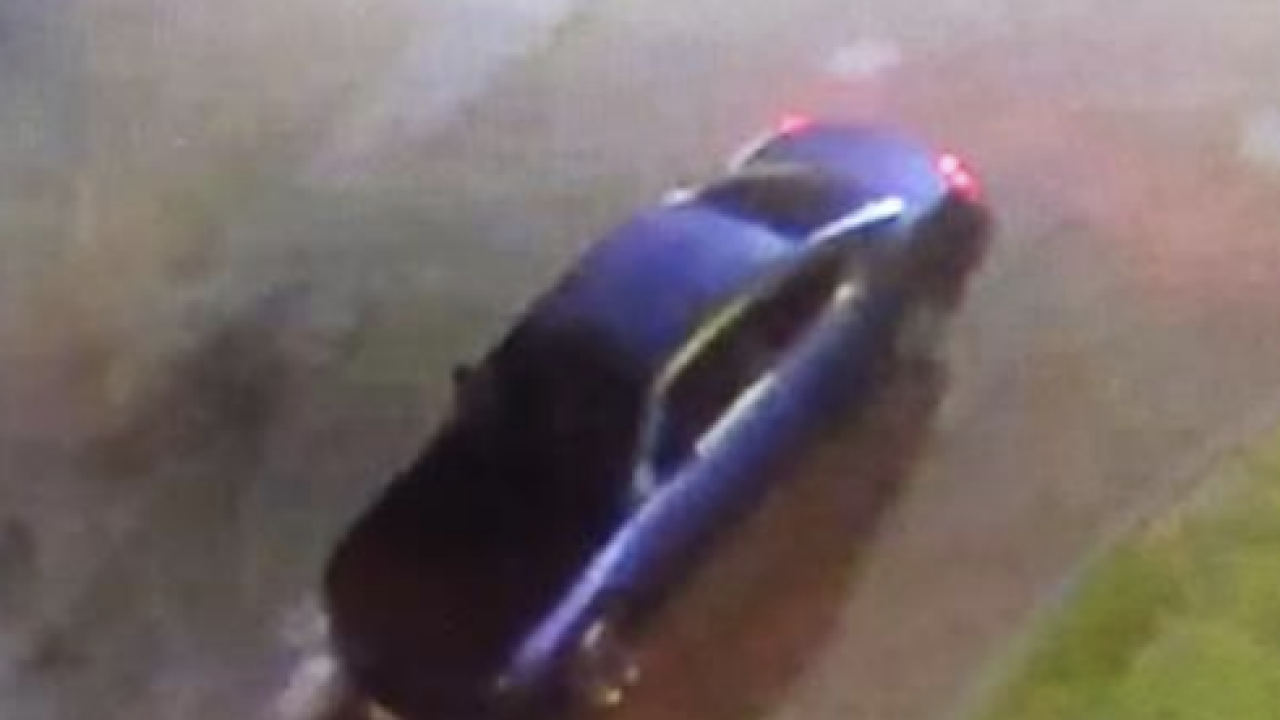 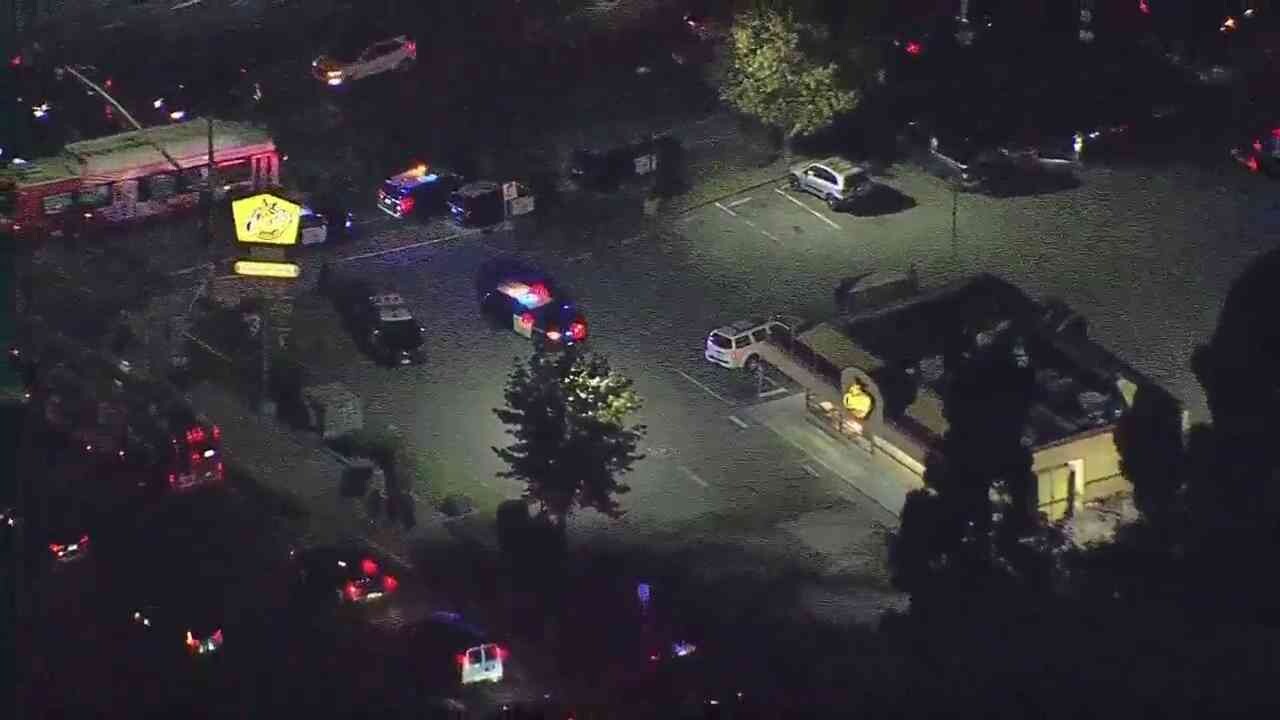 SAN DIEGO (KGTV) -- A woman was killed and two men were injured following a shooting at a Church's Chicken in Otay Mesa West Wednesday night.

According to San Diego Police, the shooting of the three employees was reported at the restaurant in the 3700 block of Del Sol Boulevard just after 5:30 p.m.

Police say a man in his 30s walked into the restaurant early in the evening. "The suspect got into a verbal argument with employees and left the restaurant. He returned minutes later armed with a handgun and shot at three employees," police said.

According to police, the same man tried to buy food at the same location earlier in the day using a counterfeit $100 bill.

Surveillance video from a business across the street shows the suspect parking and re-parking his car several times between 4:40 p.m. and 5:22 p.m. At 4:53 p.m., video shows the suspect walking into the establishment before going back to his car at 5:08 p.m.

The man re-parked his car at 5:22 p.m. before walking into the restaurant a final time at 5:27, when the shooting took place. At 5: 30 p.m., video shows the suspect walking to his car before driving away with his lights off.

Customers were in the restaurant, but no gunfire was directed at them.

Friends identified the woman who died as Maribel Merino-Ibañez, a "loving daughter, sister, and aunt" according to a GoFundMe account started in her name.

The condition of the two surviving victims is stable, police say.

The suspect drove off from the scene in a blue sedan which a mechanic told 10News was a Dodge Charger. The man is described as a black male, six feet, one inch tall, last seen wearing a dark shirt and hooded sweatshirt with a Chargers beanie.

According to a witness, the car was last seen heading north on Picador, police say.

Andrew Gamber, who lives near the restaurant, told 10News, "How can somebody be so selfish over a piece of chicken? Hell, I'd buy him chicken. If you're that hungry, I'll give it to you. I've got $5."

Gabriela Carucci, whose son works at the restaurant, said her son spoke highly of the worker who died and said she was very nice to everyone.

The restaurant was closed for business on Thursday, and a Church's Chicken spokesperson issued this statement on the tragedy: "We are saddened and shocked by this violence against our employees and are committed to working with the authorities to ensure the perpetrator is brought to justice. In the meantime, our sole focus is on supporting and comforting the victims, their families and our extended Church's family."