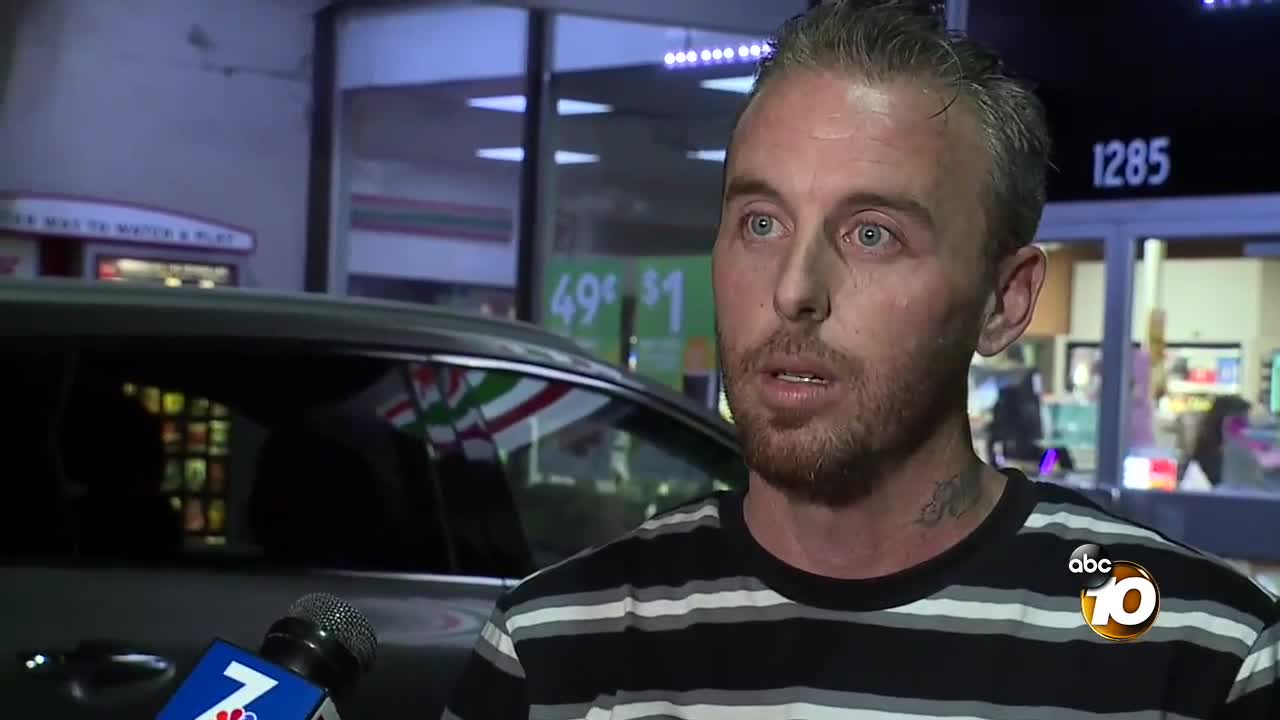 David Walker helped save one of the victims.

OTAY MESA, Calif. (KGTV) - A 7-Eleven employee waiting for his shift to start jumped into action Wednesday when three employees of a Church’s Chicken were shot in south San Diego County.

David Walker, who had been inside the Otay Mesa West restaurant just an hour earlier, was sitting in his car when he heard the gunfire that killed a woman and injured two men.

“It sounded like firecrackers and that’s what I thought it was at first, at first two, then it kept going,” Walker said. “It went two, pow pow! And it stopped, then it went again. That’s when I realized something was wrong.”

The scene became chaotic as people in the drive-thru sped away from the area while others started shouting and running back inside.

“He was just booking it; he was out that door as fast as he could get out it.”

Walker then focused on a disturbing sight: one of the male employees fell out of the back door, bleeding.

“So my concentration went to him and I took my belt off, wrapped it around his arm. He had another hole in him, I tried to plug that until police got here.”

While he was giving medical aid, Walker talked with the man, who he described as a South Bay resident in his 50s with three children.

Walker believes the man was shot twice, in the arm and armpit. He was able to use skills he learned from his sister and ex-partner, both nurses.

“He was bleeding so bad, I just had to do what I had to do.”

The victim was able to tell Walker the shooter was a man he had seen around the neighborhood.

“I’m from this neighborhood; I’m not really surprised that something like this happened. I’ve only worked here for two and a half months but I’ve been here my whole life,” Walker said.

San Diego Police said the man was in stable condition about two hours after the shooting.

“If he lived, you know I’m happy. I did what I could do to help somebody,” Walker said.